The import bill of completely and semi-knocked down (CKD/SKD) kits of locally assembled cars hit an all-time high of $1.7 billion in FY22 compared to $1.11bn in the preceding year, registering a jump of 52% owing to more players in the business, escalating demand of new vehicles and low localization according to a recent report published in Dawn.

These high import figures also justify up to 55% increase in car sales in FY22 to 234,180 units as buyers did not show any resilience towards vehicle purchasing despite high interest rates coupled with rising prices and bar on auto financing by the State Bank. The intensity of thriving demand for locally assembled new cars was so high that the CKD/SKD import bill reached $1 billion in just 8 months (July to February) of FY22 compared to $1.11 billion during the entire FY21.

Analysts believe that the Auto Policy 2016-2021 had definitely changed the landscape of the country’s auto sector but the policy incentives of allowing local assembly by new entrants at a mere 5% localization had caused a big hit to the national kitty due to a whopping import bill of both kinds of kits. The rest of the damage was done by the existing assemblers who had been introducing new models with a very small number of locally made parts. 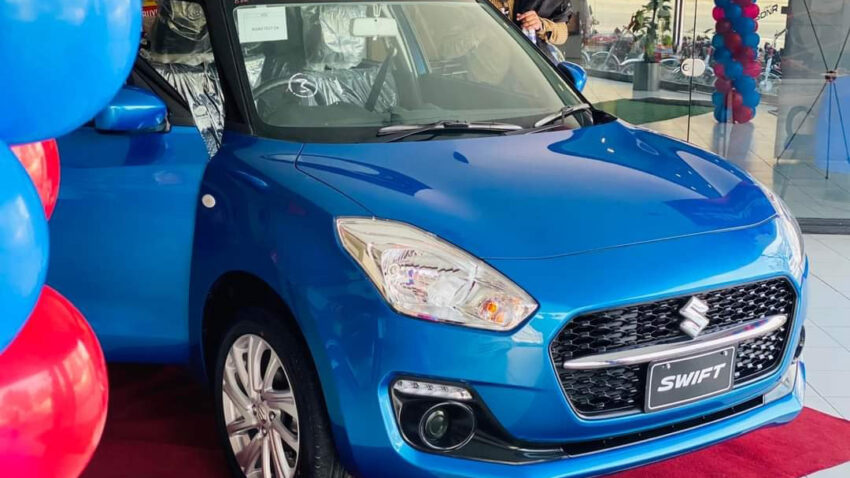 As per report, localization percentage of Pak Suzuki Swift was 35% followed by 51% in Cultus, 60% in WagonR, 62% in Alto 660cc, 72% in Bolan and 68% in Ravi. The usage of locally made parts in Toyota Corolla and Yaris is around 65%. There are no apparent signs that the import bill of CKD/SKD would come down as the new entrants, as well the existing ones would keep assembling the vehicles at a very low volume of locally made parts.

Although the original deletion plan when the country began to saw local assembling of automobiles required automakers to achieve 80% localization but even after 3 decades that has never happened. A vendor said the five-decades-old auto sector has not made any serious efforts to improve the presence of locally made parts in the local assembly of vehicles. New entrants also focused more on rolling out expensive SUVs rather than introducing small cars thus resulting in a higher value of CKD/SKD imports.

However now, to curtail the outflow of precious foreign reserves, State Bank of Pakistan (SBP) has imposed restrictions by introducing a mechanism that required prior approval of the central bank for the import of certain goods including CKD/ SKD kits. Local assemblers have already started to observe NPDs (Non Production Days) due to the absence of kits in hand, while high prices, ballooning interest rates, SBP restrictions, and currency depreciation is expected to seriously put a dent to whatever progress the sector has made during these years.