Daewoo Express in collaboration with MSD Tires have signed a joint venture agreement with Double Star China, one of the largest tire manufacturers in the world, to set up a state-of-the-art tire manufacturing plant in Pakistan.

Daewoo Express, led by Chairman Mr Sheheryar Chishty, has achieved a great milestone by bringing foreign direct investment in manufacturing sector with export potential that will help economic development in the country. 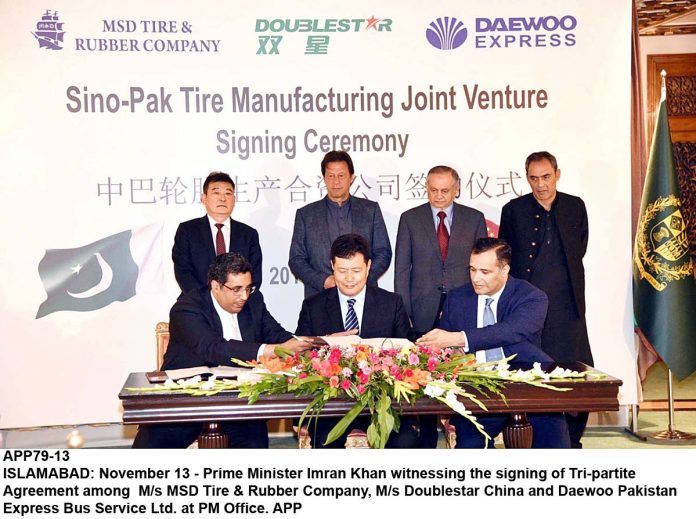 Prime Minister of Pakistan Mr Imran Khan being the honorable chief guest addressed the ceremony. He said that he was extremely delighted that tires, a commodity that was smuggled into the country in the past, will now be manufactured by Pakistan, paving the way for increased exports. The Prime Minister said:

He said that the economy is now headed in the “right direction” and his administration is focused on creating new job opportunities for the public and encouraging investors with a number of facilities. 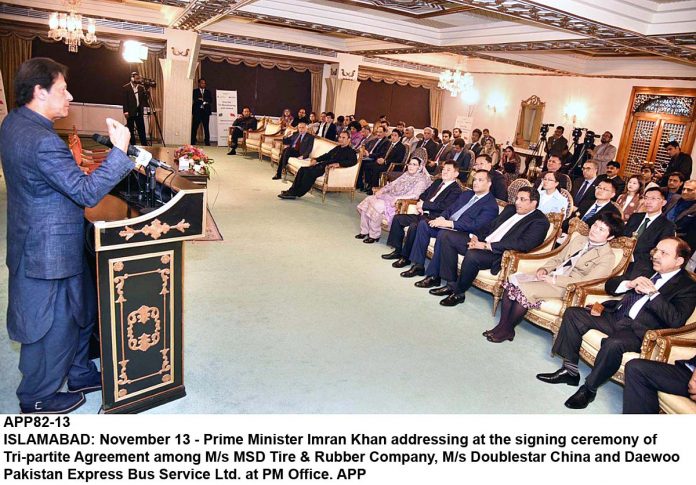 According to the Prime Minister, the relations between Beijing and Islamabad are “better than ever before” and China’s senior leadership had taken a keen interest in undertaking joint ventures between the two countries. He said that his government is focused on facilitating Chinese companies, and “making it easier for them to enter the Pakistani market”.