In a surprising notification sent to the Pakistan Stock Exchange (PSX), Dewan Farooque Motors Limited (DFML) has announced that they have entered into an agreement with KIA Corporation of South Korea to produce and assemble Kia vehicles in Pakistan.

Currently, Kia vehicles in Pakistan are being assembled by Lucky Motor Corporation (LMC), with the local portfolio consisting of Sportage & Stonic crossovers, Picanto hatchback, and Sorento SUV. LMC also assembles the Peugeot 2008 crossover in Pakistan which comes under the umbrella of European automaker Stellantis.

Related: Is Peugeot the Reason Behind Delay in New Kia Sportage Launch?

According to the notification given to the PSX, DFML has entered into a Technology License Agreement (TLA) with KIA Corporation. While it will take some time before they begin to assemble Kia vehicles in Pakistan, the immediate expectation is that their portfolio of cars will be quite different from that of LMC. 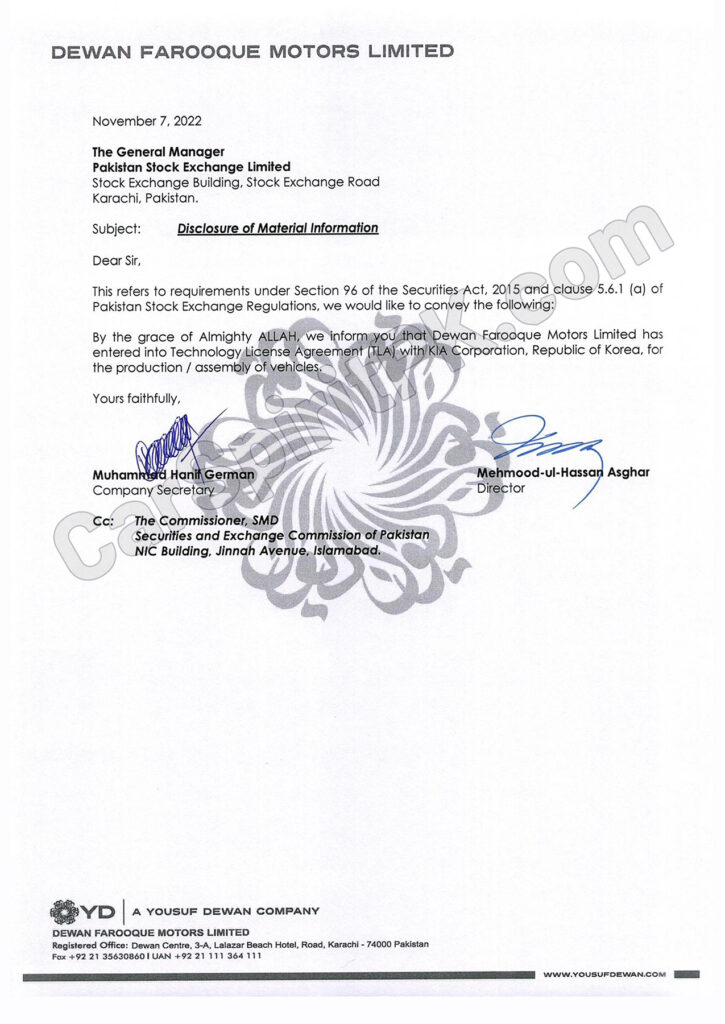 While LMC assembles one hatchback and couple of crossover & SUVs in Pakistan, the vehicles likely to be introduced by DFML will consist of sedans and commercial vehicles. According to Muhammad Hanif German, Company Secretary at Dewan Farooque Motors, more details will follow in the weeks to come. However, he said:

This isn’t the first time Kia cars will be assembled by DFML in Pakistan. In 1998, DFML made agreements with Hyundai and Kia to assemble and sell their vehicles in Pakistan. 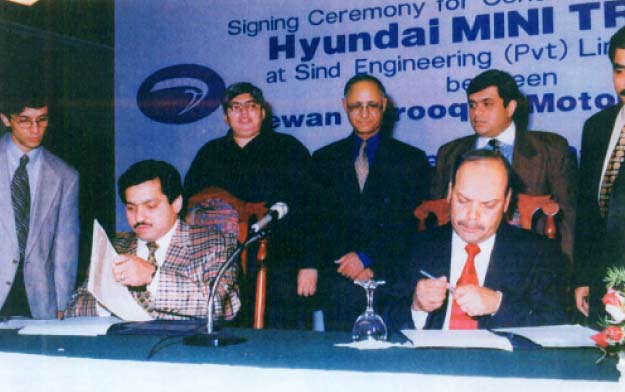 The plant built in rural Sindh’s Sujawal area at a cost of Rs 1.8 billion was the first automobile manufacturing plant in Pakistan to have robotic paint machines. With the capacity to make 10,000 vehicles a year, DFML produced 95,429 vehicles between 2000 and 2011 which included Kia Classic, Spectra, Sportage and Hyundai Santro. It also sold around 50,000 Shehzore trucks, which still dominate the one ton-commercial truck category.