Sales of new energy vehicles are growing at a rapid pace in China and the trend is expected to continue in 2022. In China, the term new energy vehicles (NEVs) is used to designate vehicles eligible for public subsidies including battery electric, plug-in hybrid, and fuel cell vehicles. From January to December 2021, China’s NEV sales reached 3.52 million units. 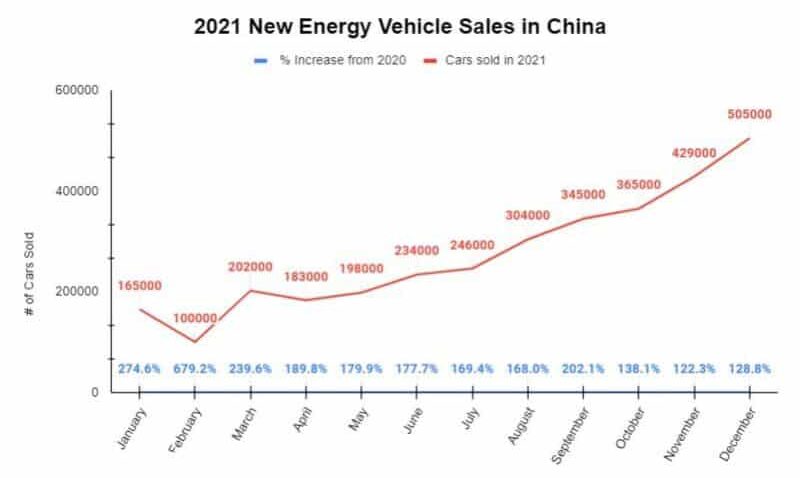 In 2009, China surpassed the United States to become the world’s largest market for vehicles with the largest number of electric vehicles than anywhere else in the world as an attempt to combat climate change. According to UBS, three in five new cars that go on China’s roads may be powered by electricity instead of fossil fuel by 2030. 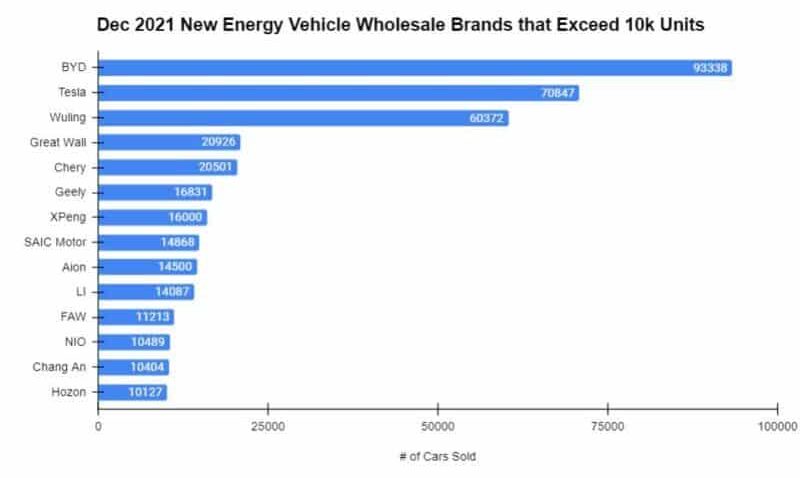