MG ZS EV has been Australia’s top selling electric car in year 2021 with more than a quarter of what is now a niche market – but is set to rapidly expand as the government phases out petrol-powered vehicles. As per the data, MG ZS EV managed 1,388 sales in 2021 which is 27% of the 5,149 electric cars sold in Australia last year.

With a price tag of $44,990, the MG is relatively good value, costing significantly less than the $53,190 starting price for the Nissan Leaf, which had 367 sales last year. Interestingly, the Porsche Taycan with a starting price of $156,300 was Australia’s second most popular electric car in 2021 with 531 sales accounting for 10.3% share of the electric vehicle market. The German sports sedan outsold the Hyundai Kona which had 505 sales with a price tag of $54,500. 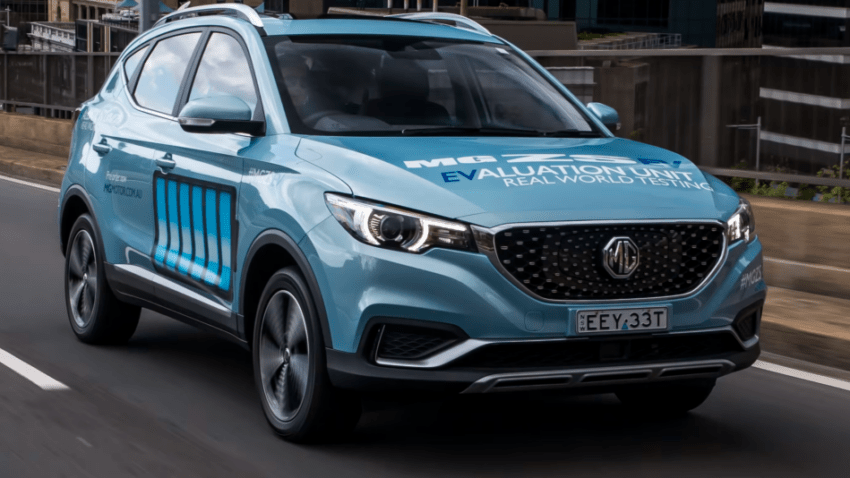 It is pertinent to mention that Tesla did not provide its sales data to the Federal Chamber of Automotive Industries, hence the MG ZS is officially declared as the bestselling EV. In Australia 19 models of electric vehicles, excluding Tesla, were sold with variants also from Mercedes-Benz, BMW, Audi, Jaguar, Volvo, Lexus, MINI, Kia and Renault. However the 5,149 electric cars sold last year made up just 0.49% of the 1,049,831 vehicles leaving showrooms in Australia.

Federal Chamber of Automotive Industries chief executive Tony Weber says any direct government push toward electric cars, is part of a goal of zero net carbon dioxide emissions by 2050. ‘The policy objective should be to lower our CO2 emissions rather than meeting sales targets of particular types of technology,’ Mr Weber said. However Grant King, the chairman of the Climate Change Authority, argued government policy intervention was needed to replace petrol-powered cars.

‘We’re going to electrify a lot of the vehicle fleet, we need to make damn sure that the power that we’re generating to do that is obviously zero-emissions power. It is important that we diversify the economy’s reliance on just substituting renewable energy for power generation and into other areas of the economy.’

According to information, government action to bring about a widespread switch to electric vehicles could be in the form of subsidies for buyers, or taxes on petrol-using cars. In New South Wales, the government is particularly keen to entice motorists into electric cars, ambitiously aiming for the vehicles to comprise more than half of all sales in the state by 2031.