FAW has delivered a first batch of 10 OGRA compliant J5P-360 trucks to PSO, the key-handover ceremony was held recently in Karachi. According to sources, 50 more of these oil tankers would be handed over to PSO contractors in near future.

In view of the PSO’s urgent need of upgrading its fleet, FAW provided a product that is economical, safe and powerful within the shortest time. FAW J5P, a customized reformative vehicle with 28 improved configurations was specifically optimized to comply with the Oil & Gas Regulatory Authority (OGRA) and National Highways Authority (NHA) standards.

The major highlight is the enhancement of engine power, which has been re-tuned from 330hp to 360hp. Moreover, 36 month payment deferral, two years or 120,000km quality guarantee and special VIP service constitute the competitive service support scheme. This in turn enables the carriage contractors of PSO to induct compliant vehicles in the PSO transportation system conveniently.

Pakistan’s oil and gas transportation market, once dominated by Hino, Isuzu and Mitsubishi, is changing as FAW plays a more important role. The strategic cooperation between FAW and PSO indicates the increasing demands of the Pakistani market for better commercial vehicles and with the persistent creed of first class product and first class service, FAW will not only provide highly competitive products and services, but also work deeply with Pakistani clients to set the new benchmark for Pakistan’s transportation industry. 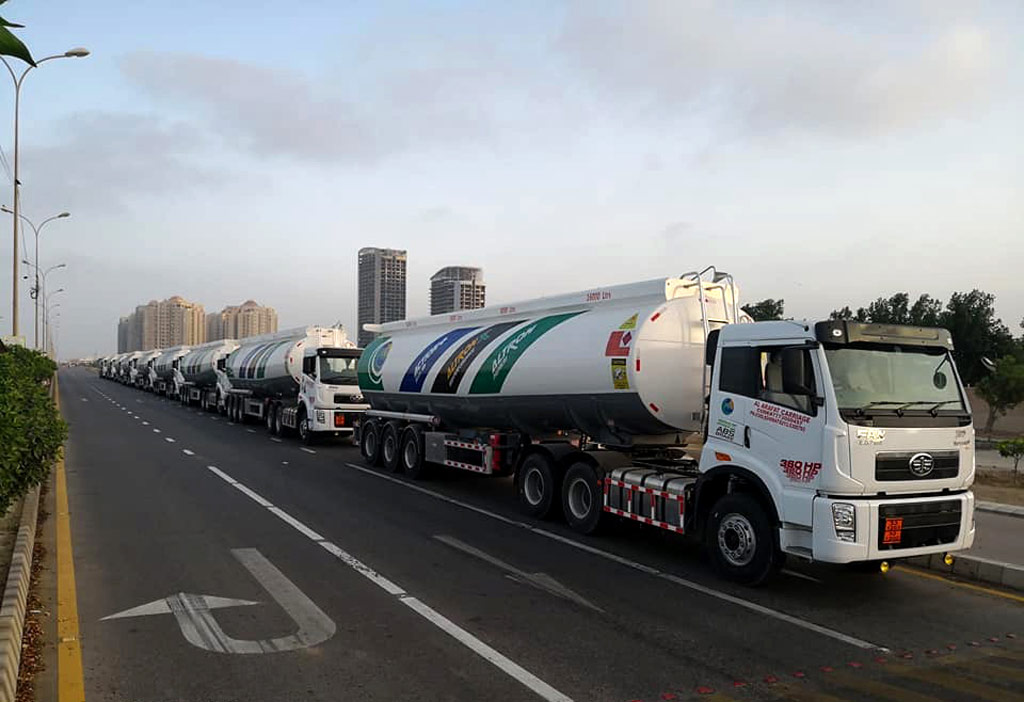