After dealer images leaked earlier this week, Toyota has now released the first full photo of the new Tundra TRD Pro full-sized pickup truck. The all-new Toyota Tundra will make its debut in forthcoming months and will go on sale starting from the North American markets towards the end of this year. 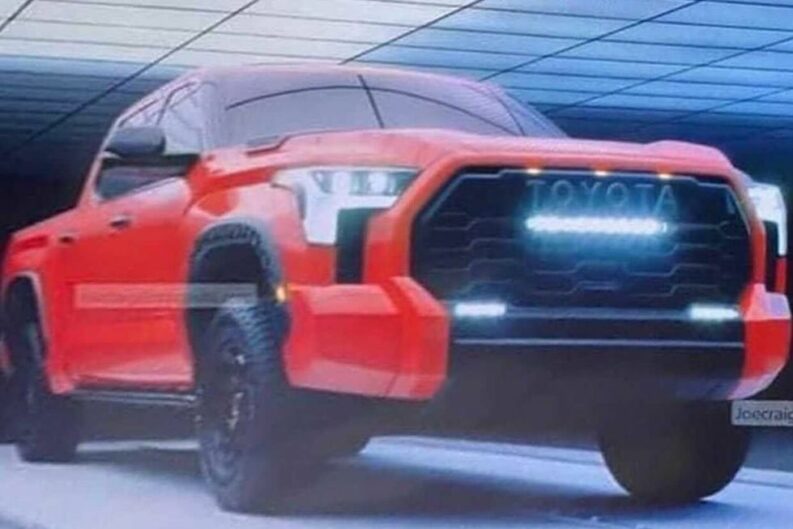 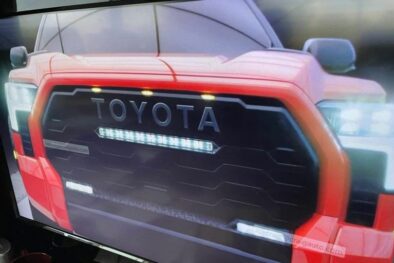 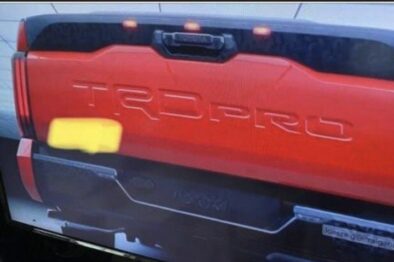 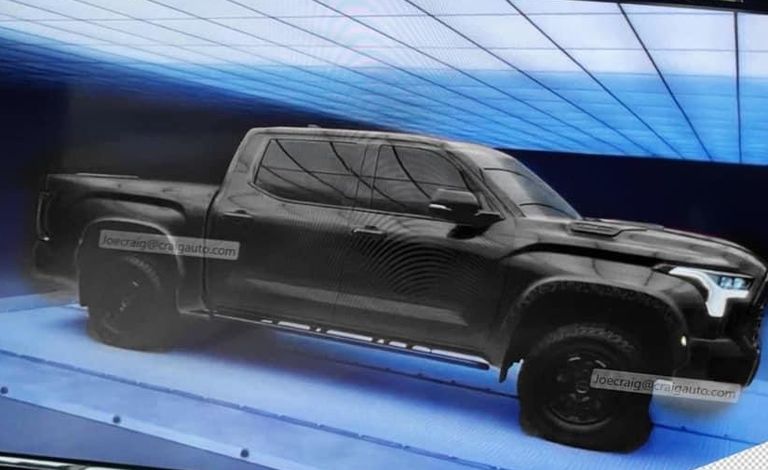 Stepping into the third generation, the new Tundra will replace the XK50 (second generation) model that has been around since late 2006. Riding on a new platform, the new Tundra gets chunkier appearance with an imposing new front end, featuring a black grille with three integrated LED light bars. ‘Toyota’ wordmark sits on top with a stamped ‘Tundra’ badge in the lower front bumper, which has the same camo-like pattern as the fender flares enhancing a more rugged look. A new set of blacked-out alloys can be seen mounted with 285/65 tires. The interior is also expected to be in red/black combination, at least as far as the TRD version is concerned. 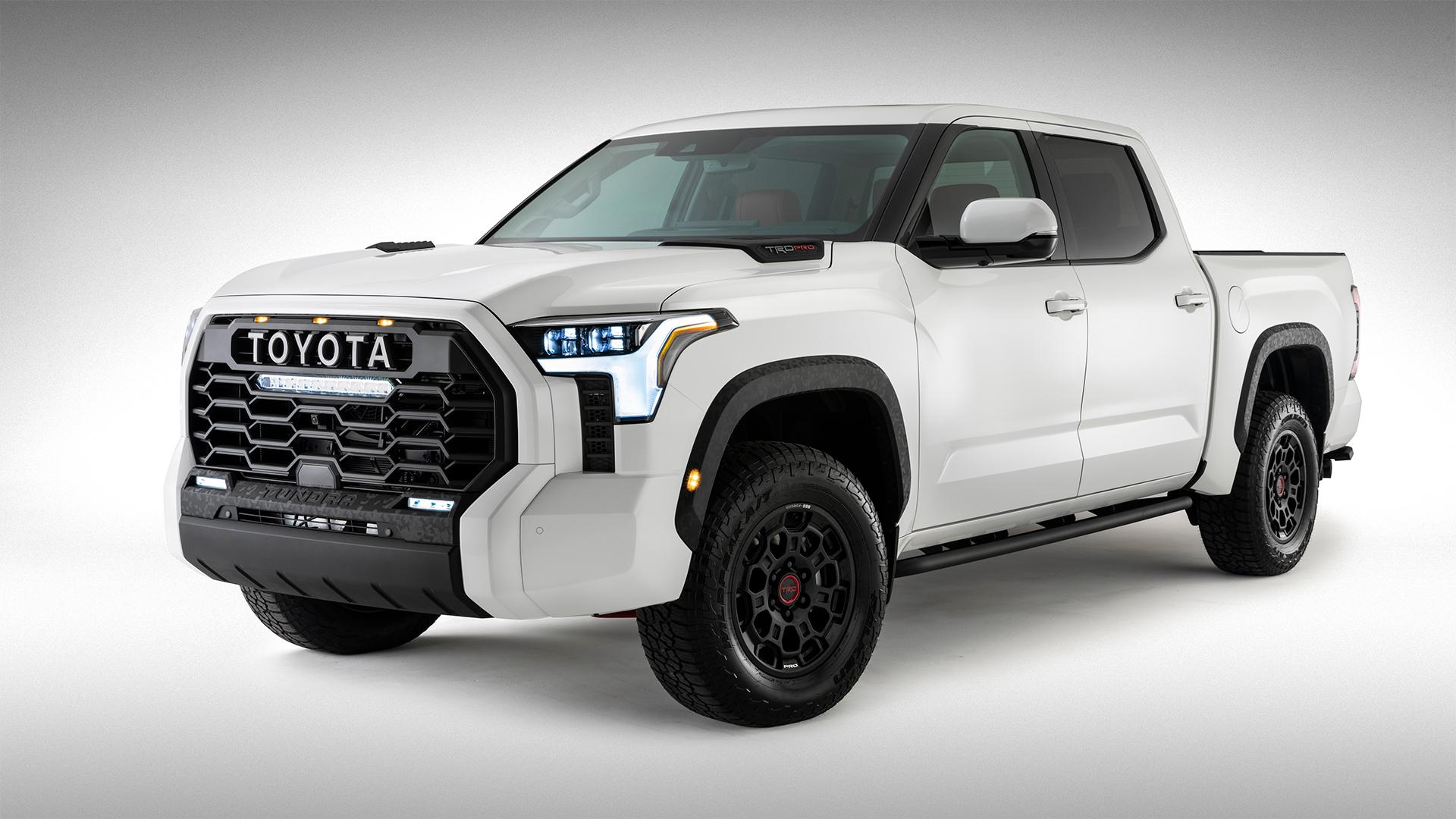 The new Toyota Tundra is expected to use a new twin-turbocharged V6 engine saying goodbye to the V8 just like the new Land Cruiser. Toyota also released an image of the new truck’s engine cover earlier this week. The photo showed an “iForce MAX” badge with blue lettering, suggesting a new hybrid powertrain, which will likely come as an option. Another major change should be seen in the rear suspension setup, which is expected to replace the old truck’s leaf springs with coil springs, air springs, or possibly an independent rear suspension. Toyota hasn’t officially shared the technical details of the new Tundra yet, but as per sources it will offer better drive, performance as well as fuel consumption compared to the outgoing model. More information to be shared as & when available, stay tuned!