Images of Geely FY11 coupe SUV first surfaced in October 2018. Now the Chinese automaker has released the first official pictures of its coupe SUV– the first by Geely. 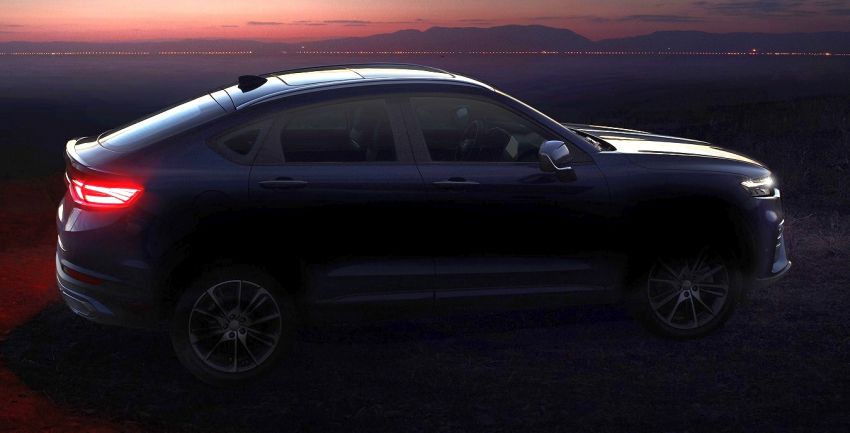 The coupe SUV also gets new a daytime running light design, styled along the lines of what the company calls ‘digital arrow’, offering a modern take on the historical weapon. It also boasts interesting styling elements such as the Chinese fan-inspired rear light design. The rear also features a horizontal chrome strip that connects the two taillights with ‘Geely’ word mark imprinted. 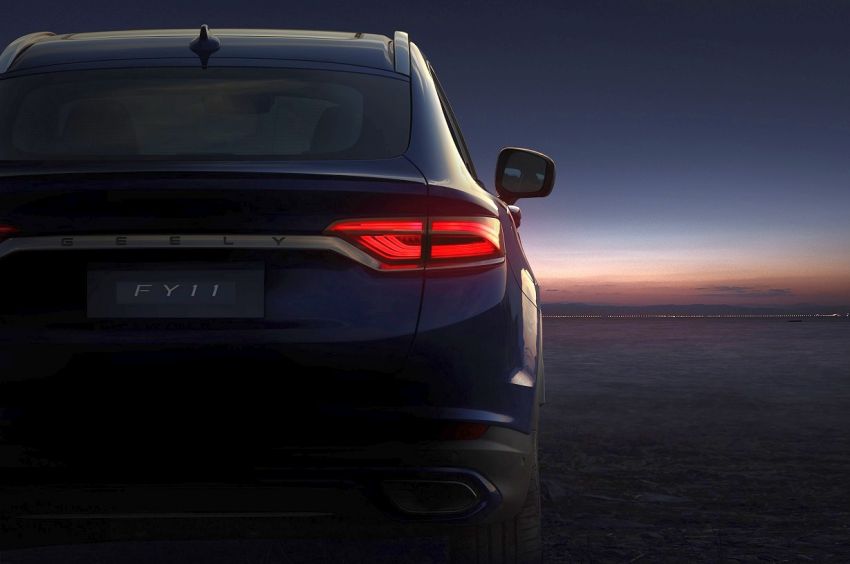 Power will come from a plug-in hybrid system that will consist of a 1.5 liter three-cylinder turbocharged engine, an electric motor and a ternary-lithium battery churning out 177 hp and 255 Nm.

According to China’s ministry of industry and information technology, potential names for FY11 that have reportedly been registered by the company include Fengyue, Geyue, Haoyue, Jinyue, Xingyue and Zhiyue.

Related: Honda to Showcase Civic Versatilist and Other Concepts at 2019 Tokyo Auto Salon

As per the information, the Geely VF11 will be offered in four trim levels equipped with modern active and passive safety equipment, and will ideally be launched towards Q1 2019 in China.