Advertisements for cars produced by Ford, Fiat-Chrysler and Nissan have been banned in the UK after it was found that their messages promoted reckless driving.

Two advertisements for Ford, shown only in movie theaters and on YouTube, featured a voice over quoted a Dylan Thomas poem with the lines:

“Do not go gently into that goodnight. Old age should burn and rave at close of day. Rage. Rage against the dying of the light.”

While the Welsh poet’s words may originally have been a call to not meekly accept death, the Advertising Standards Authority (ASA) has found that they have helped to suggest “that driving was a way of releasing anger, which put the driver, other motorists and pedestrians at risk.”

The advertisement also showed a Ford Mustang being driven in what was described by the ASA as an “abrupt manner.” The said Ford advert received a total of 12 complaints.

In its response to the standards body, Ford claimed that it never wanted to promote unsafe driving and that the car in the advert never exceeded a speed of 15 miles/ hour.

In the case of Fiat Chrysler, a YouTube advert that featured four cars racing at high speed has also had one complaint upheld against it. The standards body said in a statement that the complaint it received suggested that that the automaker had used their cars in a way that could encourage “unsafe or irresponsible driving.”

In one scene, two cars met when their tracks converged, and one overtook the other while the drivers looked across to each other. A voice over then stated: “your childhood hobbies are back”.

Fiat-Chrysler said the advert was designed to emulate the Hot Wheels children’s toy cars game, rather than any real on-road competitiveness. The ASA ruling has banned the advert and warned that “speed must not be the focus” of future ads by Fiat-Chrysler.

In a third ruling, the Japanese carmaker Nissan has also been told it must not feature an ad again in its current form. The advert, seen on UK TV screens in May 2018, depicted a car braking hard to avoid traffic and get to an airport ahead of other drivers.

One complaint from a viewer said the message encouraged dangerous driving by “exaggerating the benefit of the vehicle’s safety features” and “condoned irresponsible driving by showing the car being driven at excessive speeds.”

Despite Nissan’s defense that the Micra was not shown driving at excessive speed, the ASA upheld the complaint on both counts.

No Responsibility in Pakistan

Since there is no such watchdog that exist here, automakers operating here have the liberty to show whatever they want, regardless of what message it delivers to the audience. One such irresponsible message was recently conveyed by none other than Indus Motors, the makers of Toyota Corolla in Pakistan. 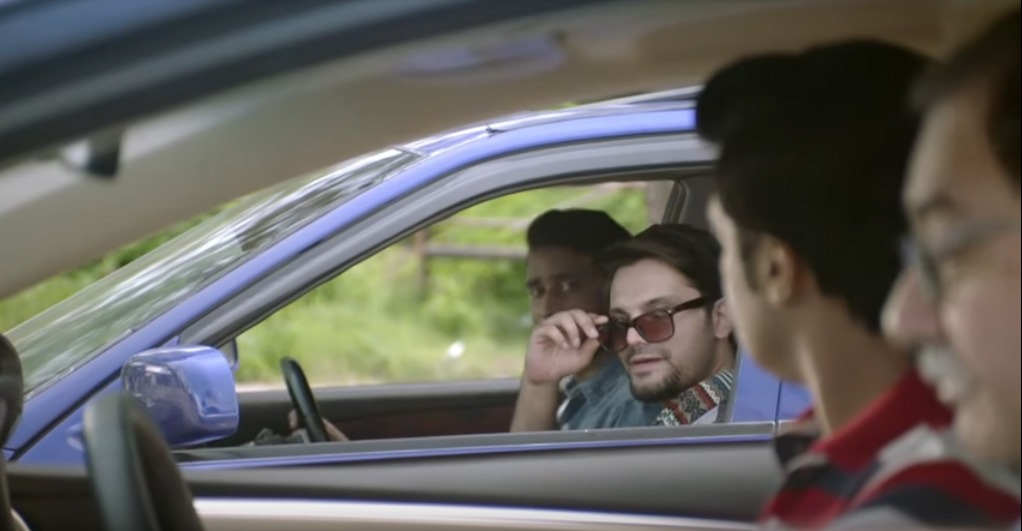 The advert shows a father and a son driving a Corolla Altis Grande 1.8 got engaged in racing on public road. In a country where every now and then we come across accidents involving brand new cars driven as if they are performance machines, and people either lose their lives or are severely injured, such an irresponsible ad portrays our lack of attention towards public safety.

To read more about the Toyota Corolla Altis Grande advert, click below:

Altis Grande Advert is an Example of Social Irresponsibility

Another example is with the Honda BR-V, the 7-seat MPV that’s marketed by Honda Pakistan as an SUV, and is shown splashing mud and water running on sea shores in their TV advert whereas in reality the vehicle was incapable of handling regular rain water on the roads of Lahore. To read more about a customer’s ordeal with the Honda BR-V, click below:

A Customer’s Ordeal With Honda BR-V

It will probably take a lot of time for the automobile market in Pakistan to reach the levels of that of developed markets. Both in terms of vehicles’ quality and features on offer as well as the way they are advertised.