A Customer’s Ordeal With Honda BR-V

Customer service is defined as the act of taking care of the customer’s needs by providing and delivering professional, helpful, high quality service and assistance before, during, and after the customer’s requirements are met.

Good customer service means helping customers efficiently, and in a friendly manner. It’s essential to be able to handle issues for customers and do the best to ensure they are satisfied. 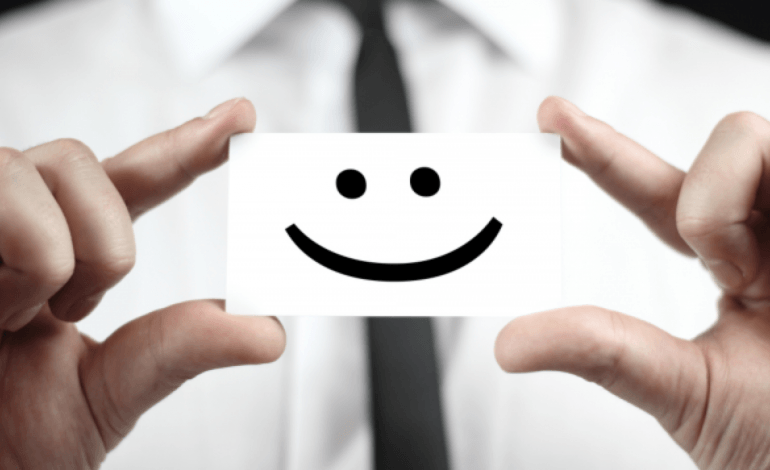 Unfortunately in Pakistan, the interpretation is somewhat different. A customer is only treated well as long as he is to become a customer, once he does then he never gets the sort of service that he is supposed to get.

One such example is the recent case of Honda Atlas turning its back towards a faulty unit delivered to one of its loyal customer. Asad ul Azim from Lahore, who owns a Honda BR-V (registration# LE 17 3209 A) which is hardly 8,000km driven, got stuck in rain water on the 12th of August 2018, as the engine got stalled and the vehicle refused to start.

Mr Asad arranged an electrician from authorized workshop, who suspected water ingress into the engine. The BR-V was then towed to Honda workshop, where he was told that the engine had seized, due to bottom of the oil chamber got ruptured. Interestingly Honda offers an extendable warranty of up to 4 years/ 100,000km for the BR-V, but they declined to repair the said damage under warranty. In fact, there was another unit with similar problem at the dealership which was being repaired at the cost of PKR 200,000.

Related: Honda BR-V: Is it an SUV or MPV?

The owner of the affected BR-V, Mr Asad took his plight to Honda Pakistan customer services by visit, emails and daily calls. However they refused to repair the damage, stating that damage due to water ingress cannot be entertained within warranty. The company management is also speechless as to their advertisement showing the BR-V as an SUV, which it simply isn’t, wading through water on beaches, but in reality it has poor capability to even pass through median rain water in Gulberg where other cars were easily passing. 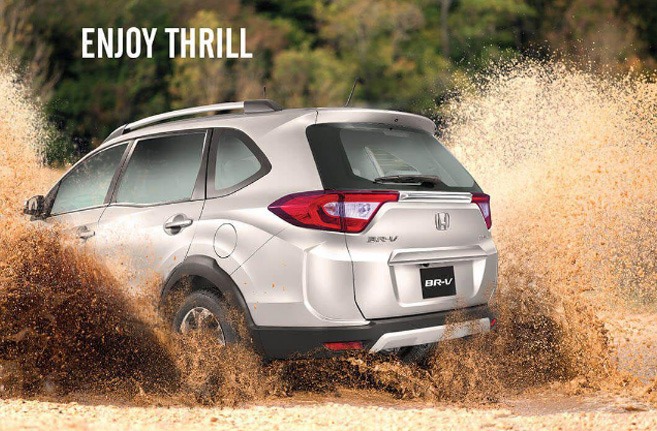 BR-V splashing water with the aid of Photoshop 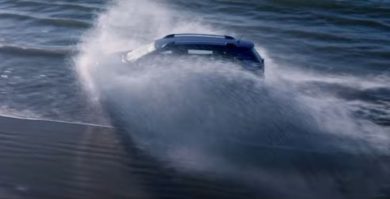 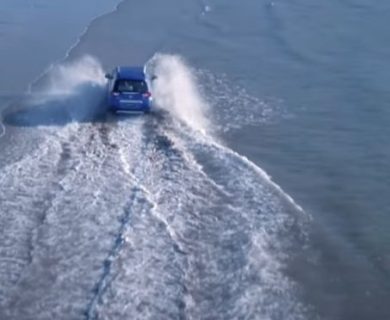 Companies get away with misleading advertisements in Pakistan

Honda Atlas has the courage to call the BR-V an SUV, which it simply isn’t. It just an MPV called as people mover elsewhere, and is meant to carry 7 people on board. The vehicle lacks the characteristics of an actual 4×4 SUV and is only marketed as such in Pakistan. 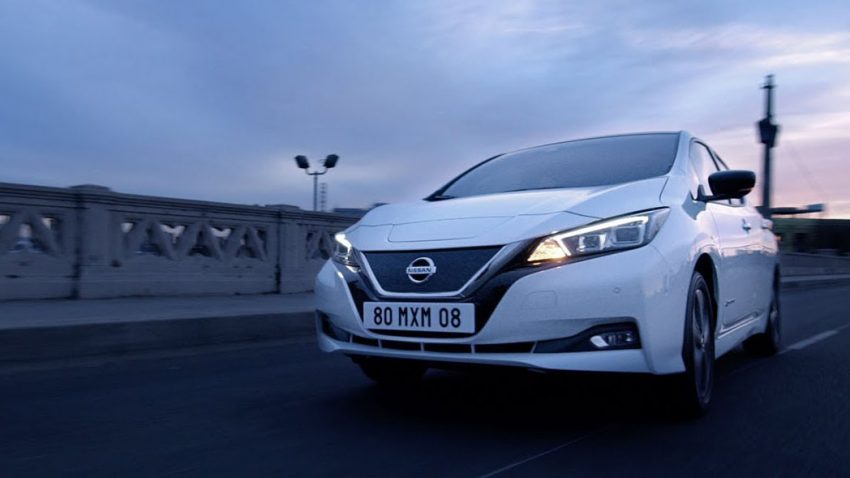 Just recently, an ad for the Nissan Leaf electric car was banned in UK for misleading consumers about the time needed to charge the vehicle. Nissan’s UK website for the Leaf said: “Quick charge on the move … up to 80% in 40 to 60 minutes”, however 3 complainants, who understood that the car sometimes took longer than 60 minutes to charge and was designed to accept only one fast charge per day, said the time claim in the ad was misleading.

Can we expect this to happen in Pakistan? Perhaps not.. Honda in this case, has mislead the masses by marketing the BR-V as an SUV while in reality the vehicle is never designed to go through these circumstances.

Can Honda do this elsewhere?

It’s obvious that since there is no check and balance of any sort over the manufacturing, safety, pricing as well as the advertising of products in Pakistan, companies can get away with these delinquencies. However in other countries they act a lot more professionally and in fact do a lot better when it comes to providing customer services.

Globally these sort of manufacturing defects are often catered via recalls. These recalls are simply based on the complaints lodged by owners on which the concerned authorities come into action.

If similar complaints from a number of people are received about the same product, this could indicate that a safety-related defect may exist that would warrant the opening of an investigation. The authorities conducts an investigation from reported complaints, and a recall notice is issued if the problem is identified.

It is imperative to mention that problem with car batteries , tires, car seats or other equipment can also initiate a recall. Most decisions to conduct a recall and remedy a safety defect are made voluntarily by manufacturers prior to any involvement by concerned authorities.

Mr Asad, the owner of the defected Honda BR-V has filed a complaint in consumer court and the hearings of the case are in process. We will update you regarding the outcome of the proceedings.

Mr Asad, while talking to CarSpiritPK said that he has been a loyal Honda customer for more than 15 years. During this period he has bought quite a few brand new local assembled Honda vehicles, however his recent experience with the BR-V as well as the 2017 model 10th generation Honda Civic has been disappointing. He has faced crucial issues with the new Civic which in fact needs another article to be covered. 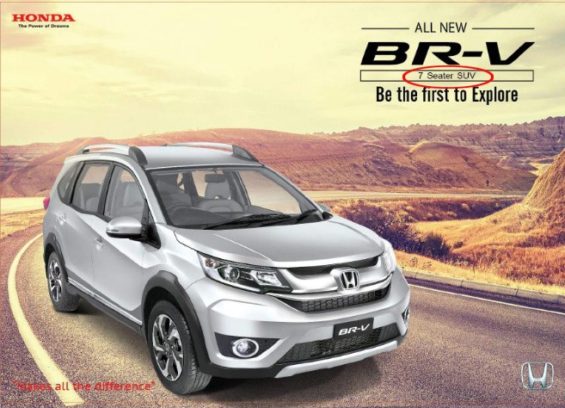 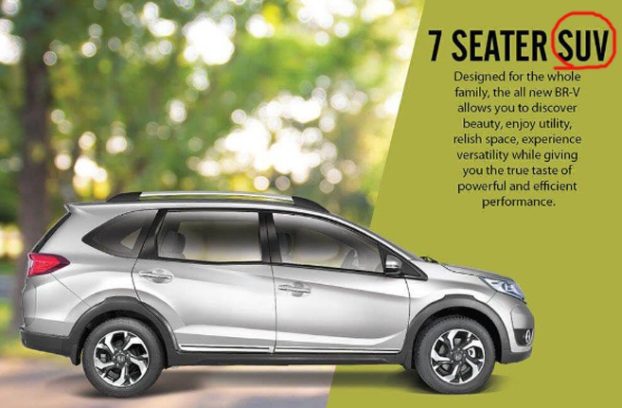 In a nutshell, the quality of Honda Atlas, which was once known to be superior among local assembled options, has gone down the drain. The company seriously needs to address the issues and adhere to providing good customer service to its loyal customers before its too late.

It is high time for Pakistan to come up with formulations that may require vehicle manufacturers to offer their products specifically tailored to suit the dynamics, consumer preferences and to meet the minimum safety requirements of Pakistan’s Domestic Market, PKDM.