Pakistan’s auto market is considered among the smallest, but fastest growing in Asia. However since long, the auto market is dominated by only 3 players namely Honda, Toyota and Suzuki, often called as ‘Big 3’. These three companies manipulate the market in an oligopolized manner by safeguarding each others’ interests, offering products that never rival each other in terms of segment or price.

Cars sold in Pakistan lag far behind the world in terms of technology, quality, equipment and safety standards. After all these years, cars assembled in Pakistan are yet to meet export standards. This is coupled with months-long deliveries accompanied by the menace of own/ premium. 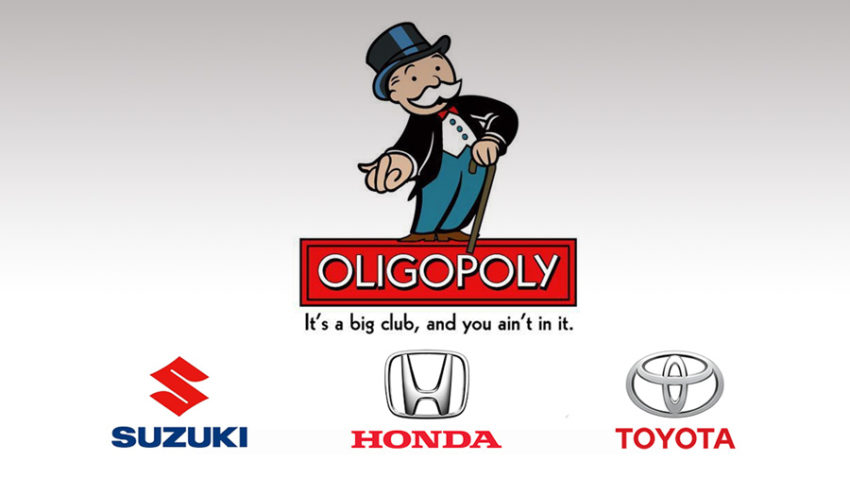 In March 2016, the “Auto Policy 2016-21” was introduced which offers tax incentives to new automakers to establish manufacturing plants in the country. Due to which Renault, Nissan, Kia, SsangYong, Volkswagen, Hyundai and a couple of Chinese automakers have reportedly expressed interest in entering the Pakistani market. Among these, Hyundai, Kia and Renault are already in process of setting up their plants here.

Related: Campaign Against the Monopoly Went Viral on Social Media

Pakistan is the 5th most populous country in the world with a population exceeding 211 million as of May 2018. However when it comes to automobile production, Pakistan pipettes out only around 2.2 lac units annually and stands at 31st place among the vehicle producing countries.

Pakistan has not yet enforced any automotive safety standards or model upgrade policies. Whereas the enforced emission standards is Euro II, which is partially implemented and more importantly was phased out globally some 17 years ago.

While the Auto Policy 2016-21 has opened up doors for competition as new players are in process of making an entry in the market. The government still needs to ensure a proper check & balance and formulate a thorough policy as to what should be offered in Pakistan. These should include:

Related: Singapore Switches to Euro 6– More Than a Dozen Cars Set to Leave the Market

Few countries such as Singapore have already moved on to Euro VI. China is ready to implement China 6 in 2020. In comparison to the China 5, the China 6 standard will be 40%-50% more stringent, which also raise the requirements on the control of pollutants generated during the refueling process and requirements on the tests of hybrid and electric vehicles. 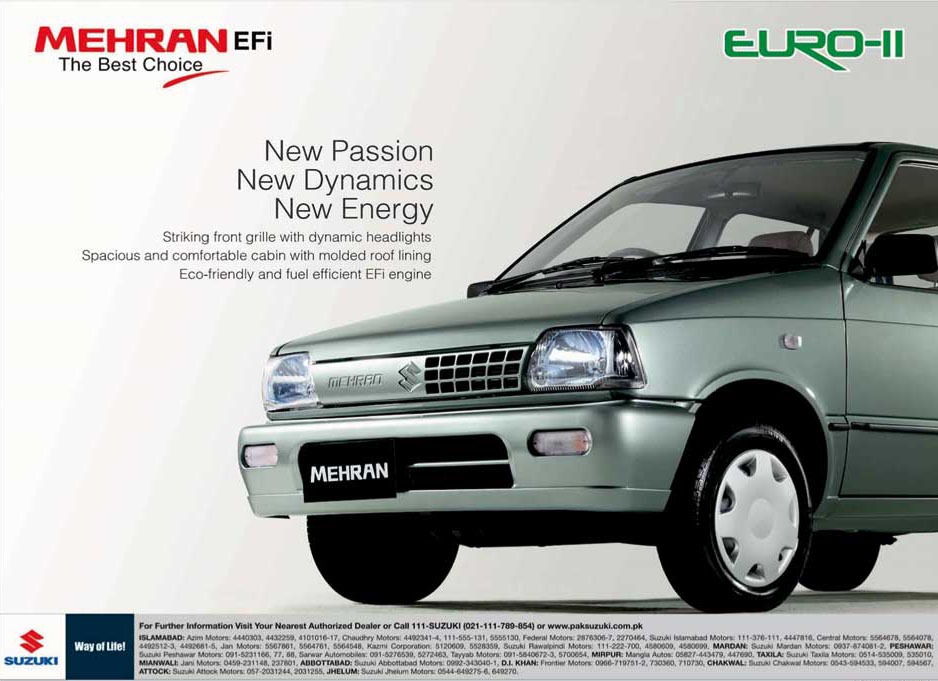 Neighboring country India is also on track to implement Bharat VI, which will put a strict check on emission control, fuel-grade, automotive electronics and vehicle ECU. The most significant being making OBD (On-board diagnostics) mandatory for all vehicles.

Pakistan on the other hand still partially enforces Euro II, the standards which were effective globally between 1996 to 1999.

Phasing out old cars, that doesn’t comply with emission standards:

Why do we say Euro II is partially implemented? Well because, it’s not just about enforcing an emission standard, it’s also important to take the old vehicles out from the roads that doesn’t comply with the enforced standard.

Singapore’s adoption of the Euro VI emission standard for motor vehicles in 2017, set an impact on a number of car models that do not meet the standard. A number of cars were forced to make an exit from the scene, including Honda Accord, Toyota Camry and Nissan Teana as well as entry-level offerings such as the Nissan Almera and Toyota Vios. The seven-seat Honda Mobilio, Suzuki Swift and S-Cross, Hyundai Veloster and the entire Chevrolet range available in Singapore also failed to make the cut for the new emissions standard.

In European countries, especially in Germany, car manufacturers are under severe pressure to encourage consumers to buy less polluting cars. These schemes, which offer a sum off a new car in exchange for an older car, are being promoted by almost everyone – from cheaper brands like Suzuki to heavyweights like Volkswagen and BMW. 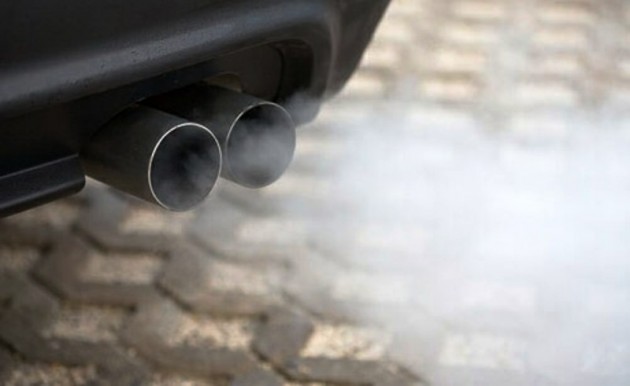 In China the government encourages buyers to opt for new cars by offering subsidies which encourage people to buy newer and fuel efficient cars instead of the older ones. In most countries, taxes on older cars are higher than the new due to higher fuel consumption and environmental concerns.

In Pakistan although we say that we have implemented Euro II, there is a large number of public transport and private vehicles that doesn’t even meet the Euro II standards. Such vehicles are freely running on roads contributing towards poor air quality in the country.

Not only the vehicles, but the fuel available in Pakistan also lags far behind the world. In 2016, Pakistan along with Somalia was the only country in the world where RON-87 petrol was being sold. Later the government approved RON-92 to be used in the country but the oil refineries in Pakistan were not yet ready to sell the upgraded fuel.

What they did was to import RON-95, mix it with the RON-87 and sell the resultant RON-92 in the market. However it was later found that dangerous level of manganese components were being added to increase the RON ratings of the fuel which is basically damaging the environment as well as harming engines in modern automobiles.

Pakistan needs to catch up to the world by offering the same quality fuel as available in other parts of the world.

Governments around the world worry about the huge amount of fuel that they have to purchase. One of the world’s biggest oil importer is China, and is also the one working at a rapid rate to lessen its dependency on the fossil fuel. Developed countries make sure that automobiles sold in their markets are designed to consume as less fuel as possible.

Earlier this year, the Chinese government ordered to immediately stop the production of 533 passenger car models that do not comply with the government’s fuel consumption standards. The move affected local Chinese car makers as well as the foreign-Chinese joint ventures.

In Pakistan unfortunately, most so-called fuel efficient cars were designed way back in the 70s and 80s and consume a lot more fuel than modern vehicles with comparatively bigger engines.

Safety of people is the first priority for any government in any part of the world. That’s why there are several governing bodies that not only monitor the occupant safety, be it adult or child, in front row or back row of a vehicle, as well as the pedestrian safety, but also directs vehicle manufacturers to adopt certain changes in vehicle design.

It also formulate guidelines about the basic safety equipment a car should offer, to become eligible to be sold in the country. In most European markets, AEB (Autonomous Emergency Braking) system has been made mandatory safety equipment even for the smaller passenger cars.

Unfortunately in Pakistan, we can only encourage the traffic police to issue challans for drivers not wearing seat belts. However ironically, we have no comprehension on the importance of seatbelts for other occupants in the vehicle. Most vehicles sold in Pakistan doesn’t even offer a single airbag, and misses out basic safety equipment including seatbelt pretensioner, ISOFIX child seat anchors, dual airbags, vehicle stability and collision warning systems.

It’s not just about offering the safety equipment, it’s about making sure the equipment is up to the mark and works efficiently whenever required. Governing bodies around the world are there to ensure this. If they receives similar complaints from a number of people about the same product, this indicate that a safety-related defect may exist that would warrant the opening of an investigation.

A recall is issued when either the manufacturer or the governing body determines that a vehicle, or its equipment creates an unreasonable safety risk or fails to meet minimum safety standards. In majority of cases in developed countries, decisions to conduct a recall and remedy a safety defect are made voluntarily by manufacturers prior to any involvement by the governing bodies.

In Pakistan unfortunately, no such system exists.

A crash test is a form of destructive testing usually performed in order to ensure safe design standards in crashworthiness of vehicles. Nowadays in key markets, any new car is crash tested prior to be allowed to go on sale. Cars with better crash test score are often recommended by the government and are preferred by people in large numbers over the cars with relatively lower crash ratings.

Sadly, there is no concept of vehicle crash testing in Pakistan.

You might have heard the terms JDM (Japan Domestic Market), EDM (European Domestic Market), USDM (United States Domestic Markets) etc. These terms generally refer to vehicles that comply with a country’s regulations, which differ from standards enforced in other regions. The incompatibility requires manufacturers to specifically develop versions of their models to be sold in these regions.

It is high time for Pakistan to come up with formulations that may require vehicle manufacturers to offer their products specifically tailored to suit the dynamics, consumer preferences and to meet the minimum safety requirements of Pakistan’s Domestic Market, PKDM.