CATARC have been at the forefront of Chinese automotive safety research, with the center advising government and private bodies on the development of safety within the Chinese auto industry and is also responsible for the C-NCAP program which has tested hundreds of cars over the past decade. The China In-Depth Accident Study (CIDAS), an independent group that studies domestic and foreign car accidents refers to 90-degree direct impact accidents as the ‘devils crash’ due to the general severity of the injuries suffered by the occupants of the vehicles being struck.

The test was carried in presence of Global Collision Association (Global-NCAP) and Australia National Car Assessment Program (A-NCAP) authorities and was significantly crucial since it was live broadcasted on CCTV, the Chinese Central Television. 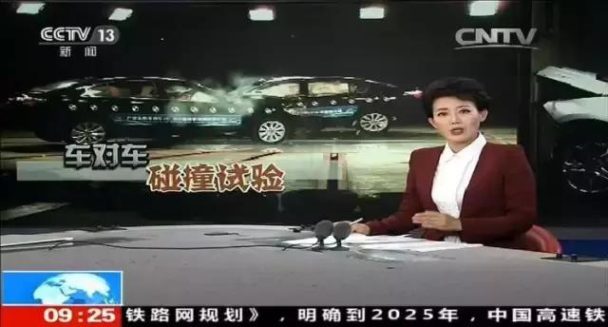 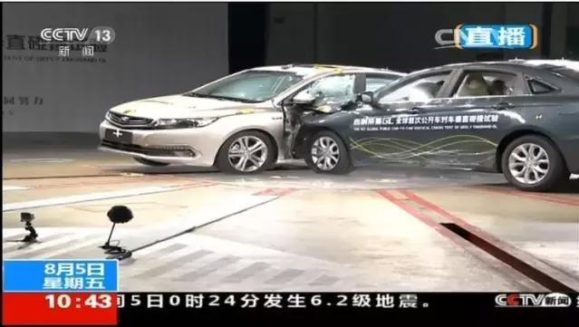 Auto makers generally focus their attention to the development of safe crumple zones at the front and rear of vehicles which absorb the energy generated in the event of a crash, Geely has now moved to the leading edge of the automotive safety industry with a proven 90-degree crash test. In a 90 degree car-to-car vertical impact test, the Geely Emgrand GL made a frontal collision score of 17.92/18 points, and the side collision score of 18/18 points in the presence of experts & media and received good praise and recognition.

Two Geely Emgrand GL vehicles were used for the test, with the vehicles striking each other at a 90 degree angle. The striking vehicle (Blue) travelled at 50km/h whilst the vehicle that was struck (Beige) was traveling at 17km/h, simulating a common urban crash test. The Beige Emgrand GL which was struck received limited structural change to its body, the energy from the crash was absorbed into the body and away from the occupants, two of the four doors on the non-struck side worked as normal whilst all the airbags were activated upon impact. The Blue colored striking Emgrand GL received limited change to its overall body structure, the front bumper and bonnet absorbed the crash as intended, all airbags activated on impact and all four doors worked as intended.

“From this head on collision test with the Geely Emgrand GL, we can see that the whole Chinese automotive industry has undergone a huge leap in terms of quality and safety. At the same time, I can see that Geely Auto is already at the level on which international brands operate in terms of sales, marketing and of course safety.”

“This test method is worth implementing, because it more comprehensively relates to the real life possibilities. The results of this test have great significance.”

China’s Geely & CNCAP has set a precedent of the first ever car-to-car vertical impact test and has landmark significance in the development and use of automotive safety technology which has reached a remarkable level. The successful devil crash test will not only improve the reputation of Geely Emgrand GL in China as well as overseas markets, but will also push other manufacturers to achieve similar safety levels.

To know more about the Geely Emgrand GL, click here.