7th Generation Corolla E100- The Most Popular Corolla in Pakistan

Toyota Corolla without any doubt is the world’s most successful car. In 2016, Toyota marked the 50th anniversary of the Corolla, as one of the world’s all-time best-selling cars. Since the first model went on sale in Japan on 5th November 1966, more than 44.5 million Corollas have been sold globally.

While each generation of Corolla has its own success story, the one considered as most popular in our market is the 7th generation E100 Corolla. So let’s have a look at how it all started. 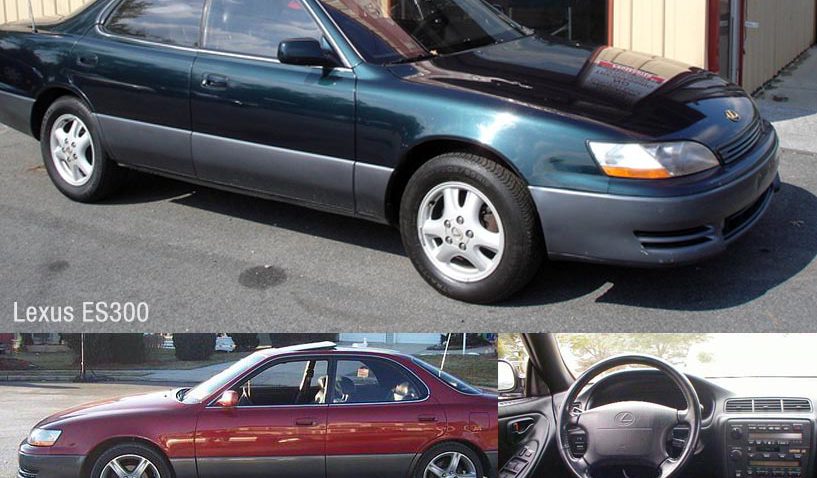 With a 97 inch wheelbase, the 7th gen Corolla was significantly larger than the 6th gen E90 (95.7 inch) it replaced. Design wise, it was the simplest and one of the most loved designs of Corolla ever. It remained on sale in Pakistan for 9 years (1993-2002), the longest production period for any locally assembled Corolla generation. It was replaced in 2002 by the 9th generation Corolla since Indus Motors altogether skipped the 8th gen Corolla for Pakistan.

It was the first locally made Corolla to roll off the Indus Motors assembly line in 1993. With a 20 unit per day production back then, the 7th gen Corolla was launched with 1.3 liter carburetor engine and was initially available in 5 non-metallic colors. Available trims were XE, being the base version with black bumpers and came without RPM meter, power windows and rear garnish, while the GL trim was equipped with matching bumpers, rear garnish, RPM meter and power windows. A couple of years later the diesel variants were also introduced, while a 1.6 liter fuel injected version called as the GLi, and an enhanced base version called as the XEG were also added to the herd.

The 7th generation also offered rather distinguishable high-end trims as opposed to later generations where you cannot really tell whether it’s a base XLi or a top of the line Altis. The high-end trims in the 7th gen Corolla range came with chromic grille, matching bumpers and rear garnish which made it look far superior to the base XE trim which came without matching bumpers and rear garnish.

Since it was the first Corolla assembled locally by Indus Motors, the car is often called as the Indus Corolla in our market. The 7th gen E100 is loved for its simplicity, reliability, performance and rather inexpensive maintenance. And it wasn’t just the fact that the 7th generation was successful in Pakistan only, it was a popular car in almost every key market.

In UK it won the JD Powers customer satisfaction survey for 4 consecutive years. According to the customers there, it just never breaks down! A popular old Top Gear video can also be found on Youtube in which Jeremy Clarkson is absolutely annoyed with the Toyota Corolla but each time during a test, the 7th gen came out on top.

Throughout its 9 years of offering, Indus produced 3 iterations to keep the car going along with time. The cosmetic changes were mainly evident at the back of the vehicle with different rear garnish and combination lamps, while a slightly different grille was there at the front. Among those, the 2nd iteration is widely believed to be the most popular one.

It is also interesting to note that the sales figures of 7th gen Corolla in Pakistan up until 2001 were more than the collective number of Honda Civic and Honda City. Considering the fact that it was up against much modern rivals including the 6th gen Civic, the Corolla was well above the sales chart. It was only when in 2001, the Honda Civic 7th generation was introduced and market got more players in the business including the Kia Spectra, the sales of the E100 Corolla were dented.

By the end of year 1997, during the reign of the 7th gen, the Toyota Corolla had become the best-selling nameplate in automotive history, overtaking the VW Beetle. Despite being out of production in our country for about 15 years, the E100 Corolla has its own charm and is always a delightful sight to see a well-kept one on road. Share with us if you have a good experience with the E100 Corolla. 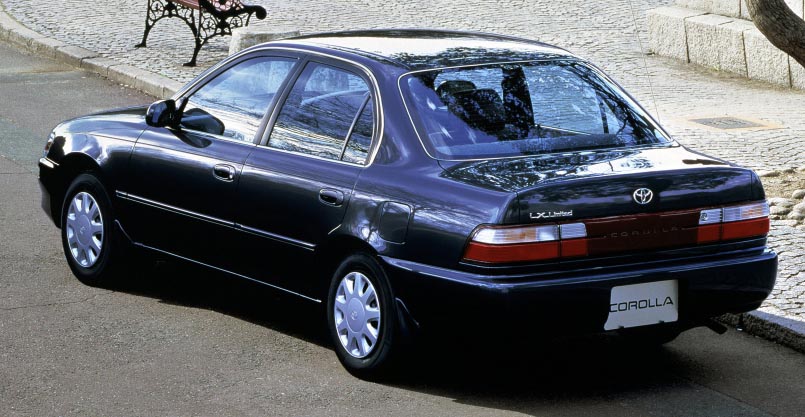