The 4th generation Suzuki Swift 2017 was unveiled and concurrently launched in Japan in December 2016. The global-spec 4th gen Suzuki Swift made its debut at the Geneva Motor Show in March 2017.

The 4th generation Swift is based on Suzuki’s high-strength-steel-rich “Heartect” platform which is the same that’s used in new Baleno and Ignis. The platform is 30kg lighter and more rigid than its predecessor and is claimed to reduce noise, vibration and harshness. 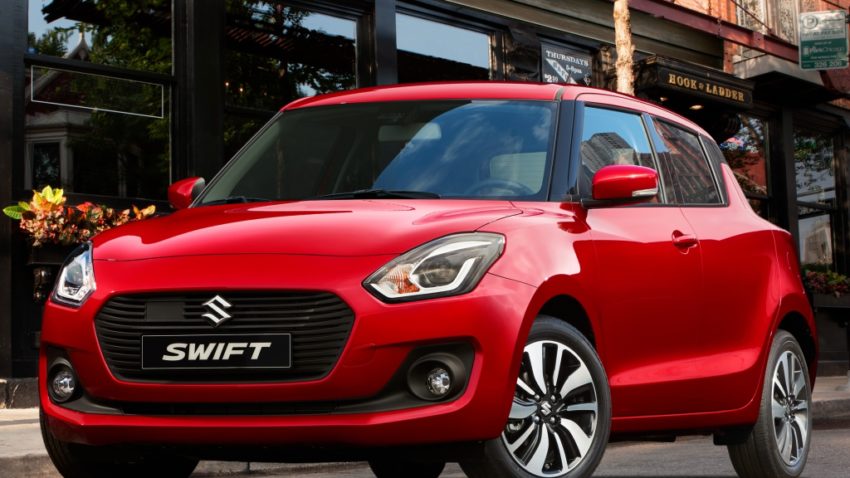 The 4th gen Swift is the lightest Swift ever and weighs a mere 890kg, the 1.0-litre mild hybrid model is just 925kg and the 1.2-litre 4×4 version weighs only 980kg. That’s about 100kg lighter than most super-mini rivals.

The Suzuki Swift has undergone an evolutionary redesign for its fourth generation to get a mature look with more angular front and rear fascias. The new Swift is 10mm shorter, 15mm lower and 40mm wider and has a 20mm longer wheelbase compared to its predecessor, the 3rd gen Swift.

It comes equipped with a variety of engine options. The 109bhp/125bhp, 998cc, three-cylinder Boosterjet engine comes as a front-wheel drive, with a choice of five-speed manual or six-speed automatic transmission. The Swift Sport will likely get a 1.4-litre version of the Boosterjet engine. The 89bhp, 1.2-litre four-cylinder engine comes with a five-speed manual gearbox and the option of four-wheel drive via a simple viscous coupling. 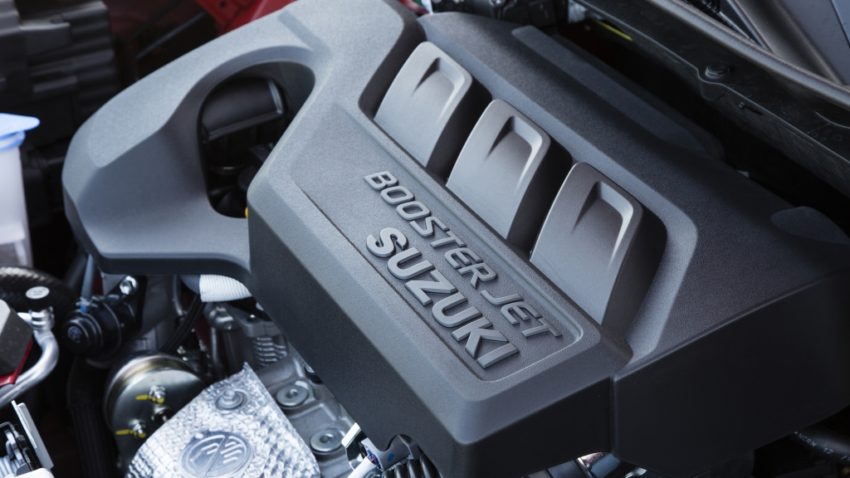 Both engine options are available with an optional mild hybrid system. This uses the car’s deceleration to charge a 0.37kWh lithium-ion battery under the floor via a starter/generator, which restarts the engine more quietly than a conventional system. It also assists the petrol engine with a barely discernable 2kW for a few seconds. This set-up reduces CO2 emissions by 7g/km, while improves the combined fuel consumption by 1.8 km per liter. 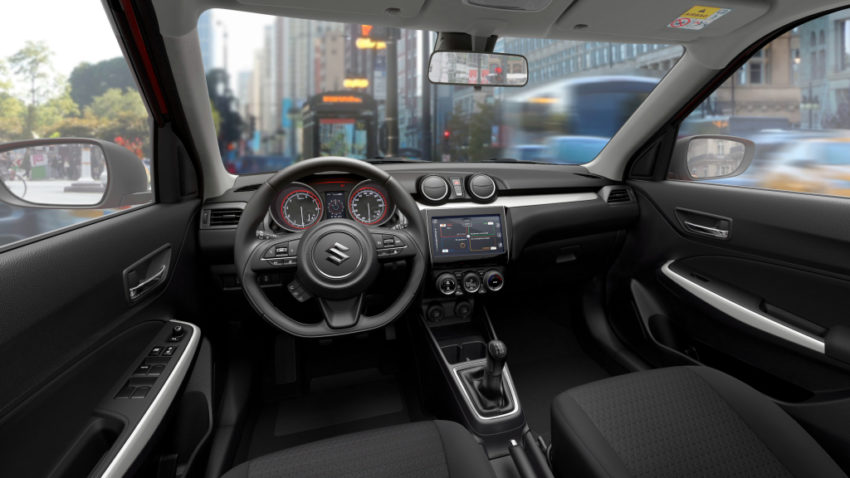 The redesigned interior has more comfortable seats and offers generous space thanks to a longer wheelbase, with lower seating positions for the driver and passenger. The boot is 25% larger, displacing 265 liters of space. The upgraded cabin is attractive, with a clear fascia, simple rotary controls and contrasting panels on top models. Build quality, fit and finish are also said to be exemplary. 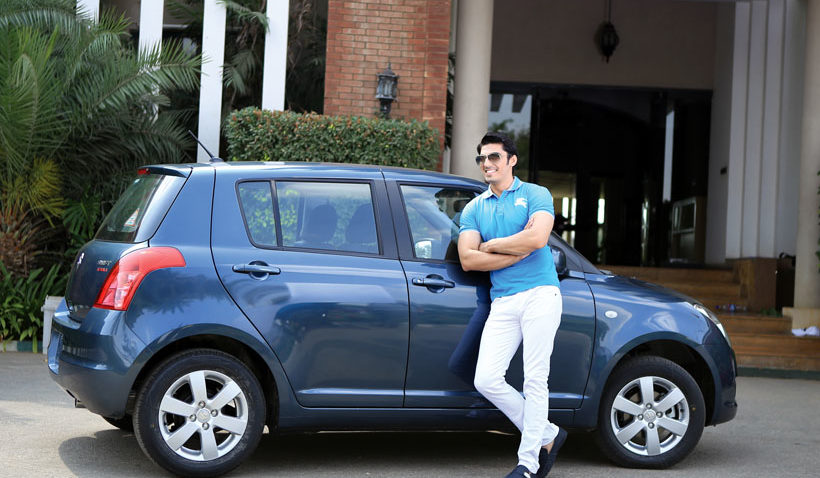 The sales of Swift in Pakistan aren’t too impressive at all. Initial years for 2nd gen Swift in Pakistan were tough too and Pak Suzuki had to discontinue the power-packed Cultus VXL in order to boost Swift’s sales. Highest sales were recorded in 2011-12 when 7040 units of Swift were sold, while today the car just manages to sell around 350 units a month which is quite hopeless for a Suzuki hatchback in Pakistan. Pak Suzuki has recently discontinued the Swift’s base DX trim in order to make space for the Celerio (New Cultus).

Pak Suzuki has recently pushed the prices of their products up, and surprisingly the increase doesn’t include the Swift variants. The Swift DLX 1.3 is priced at PKR 13.27 lac while the DLX Automatic version cost PKR 14.63 lac.

Although Pak Suzuki has recently launched a couple of new cars, the Vitara compact SUV, the Ciaz sedan and the Celerio hatchback, the 2nd generation Swift continues to be sold despite entering 7th year of its production in our country. Do you think the introduction of a newer model will improve the sales of Swift in Pakistan, mention in your comments below.