The new GR010 hybrids cruised to a 1-2 finish, four laps clear of the competition, despite both cars suffering various minor issues throughout the race. Mike Conway, Kamui Kobayashi and José María López, in the #7 GR010 hybrid won Le Mans for the first time after several heart-breaking near misses. The World Champions started from pole position and led for the majority of the race, completing 371 laps.  The other #8 GR010 driven by last year’s winners Sébastien Buemi, Kazuki Nakajima and Brendon Hartley completed a perfect 1-2 result for the team, which has now won all four races of the 2021 FIA World Endurance Championship (WEC) so far.

The other two teams in the class simply had no answer to Toyota, as despite their various issues, the ultimate pace for the GR010s never faltered. Commenting on the achievement, Toyota President Akio Toyoda who is the founder of the team as well, said:

I could finally see it, I was so happy and relieved that I could nearly cry. Huge congratulations! Thank you so much to the team! We are moving towards carbon neutrality through motorsport and we can make an effort to expand the options. We believe that we can speed up technological development through motorsport, because it is a place for serious competition. 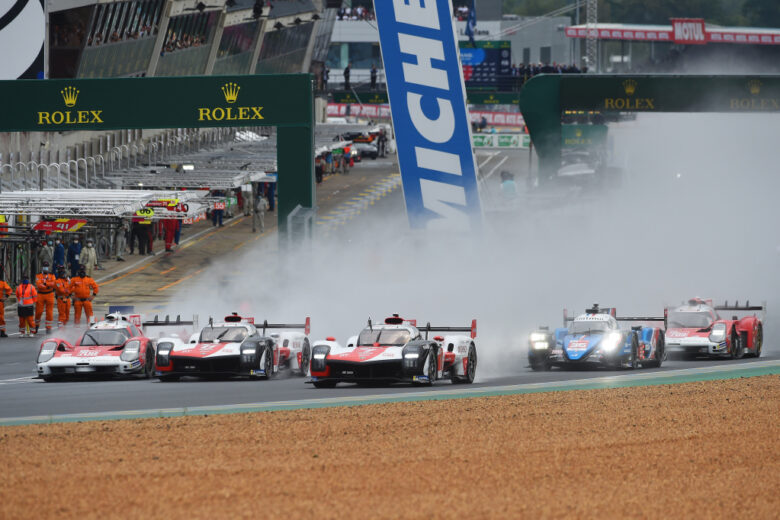 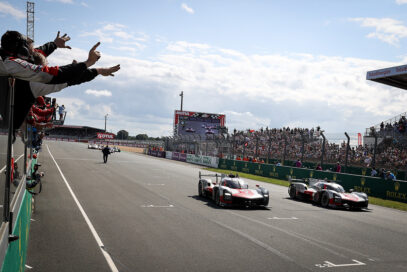 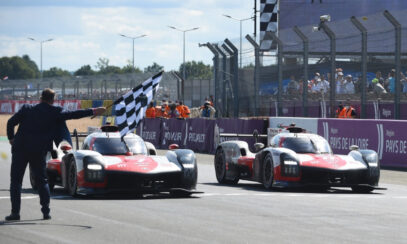 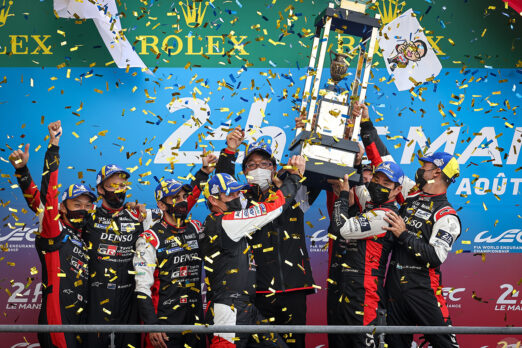 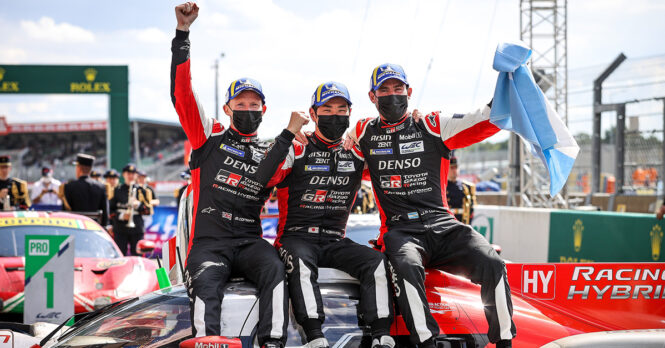