The GAC Aion also built a cooperation relationship with China National Space Administration and has established Hyper Scientific Research Laboratory. The two sides will carry out joint research and development cooperation in the fields of aerodynamics, innovative materials, AI control, and other fields. The achievements in science and technology will be applied to the Hyper Series products of Aion. 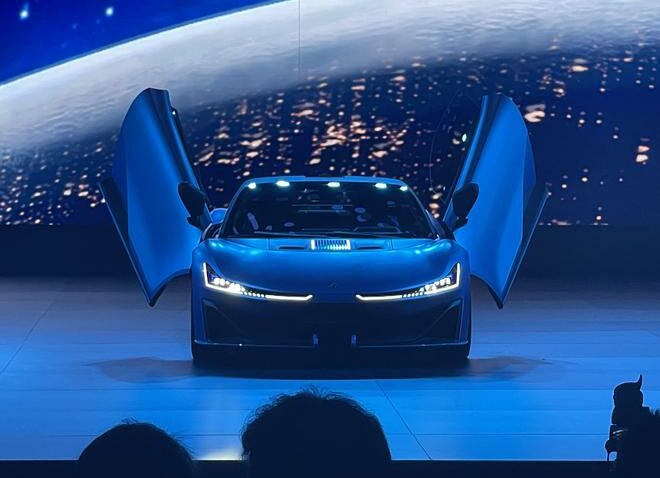 The roof of Aion Hyper SSR is neatly equipped with brake light and a back-view camera. Towards The rear end gets slim pair of LED tail lights separated only by the Aion logo in between. The Hyper SSR is also equipped with an electric-lifting spoiler and a carbon fiber diffuser on the back, the later can pass the airflow quickly to generate the needed downward pressure. 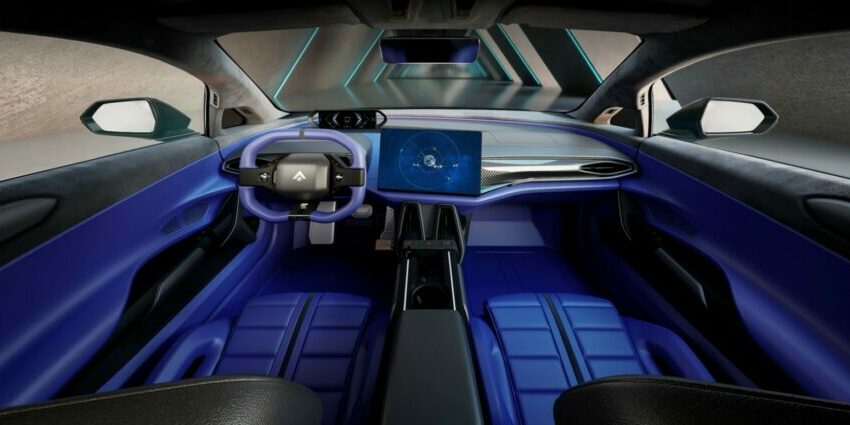 The interior features an 8.8-inch display and a 14.6-inch infotainment system. According to GAC Aion, the Hyper SSR will boast a “lever-type electronic shift mechanism”. But the most impressive are the performance figures. The Hyper SSR will be available in two variants, a rear wheel drive Standard and 4WD Ultimate. It boasts a massive 1225hp and what company calls an MR drive mode which enables the Hyper SSR to reach from 0-100 km/h in just 1.9 seconds. With these numbers, GAC claims the Aion Hyper SSR is the fastest production car from China.