Suzuki has pitched two concepts at the 2017 Gaikindo Indonesia International Auto Show (GIIAS), the Ignis S-Urban and G-Urban concept. The S-Urban Concept is conceptualized around the idea of an off-road, rally-spec Ignis, while the G-Urban looks more suitable in urban conditions and more likely ready for production. 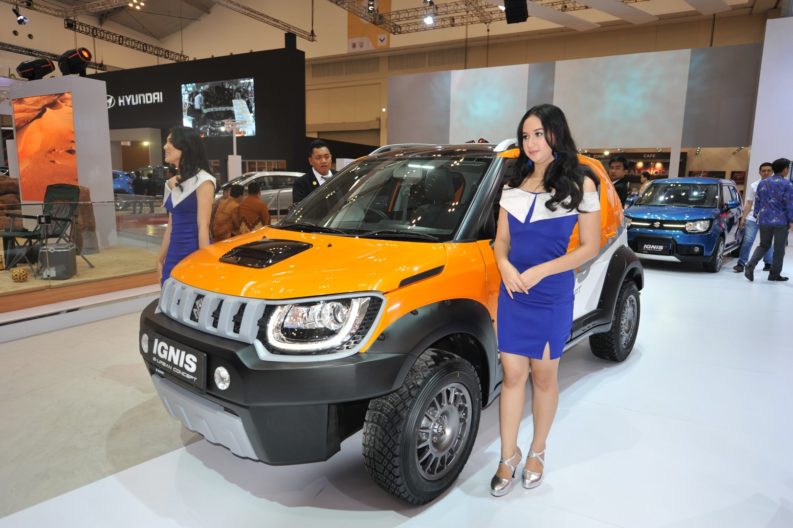 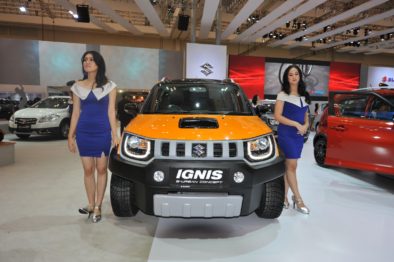 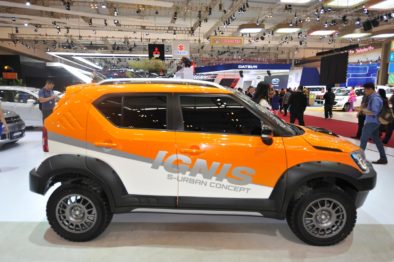 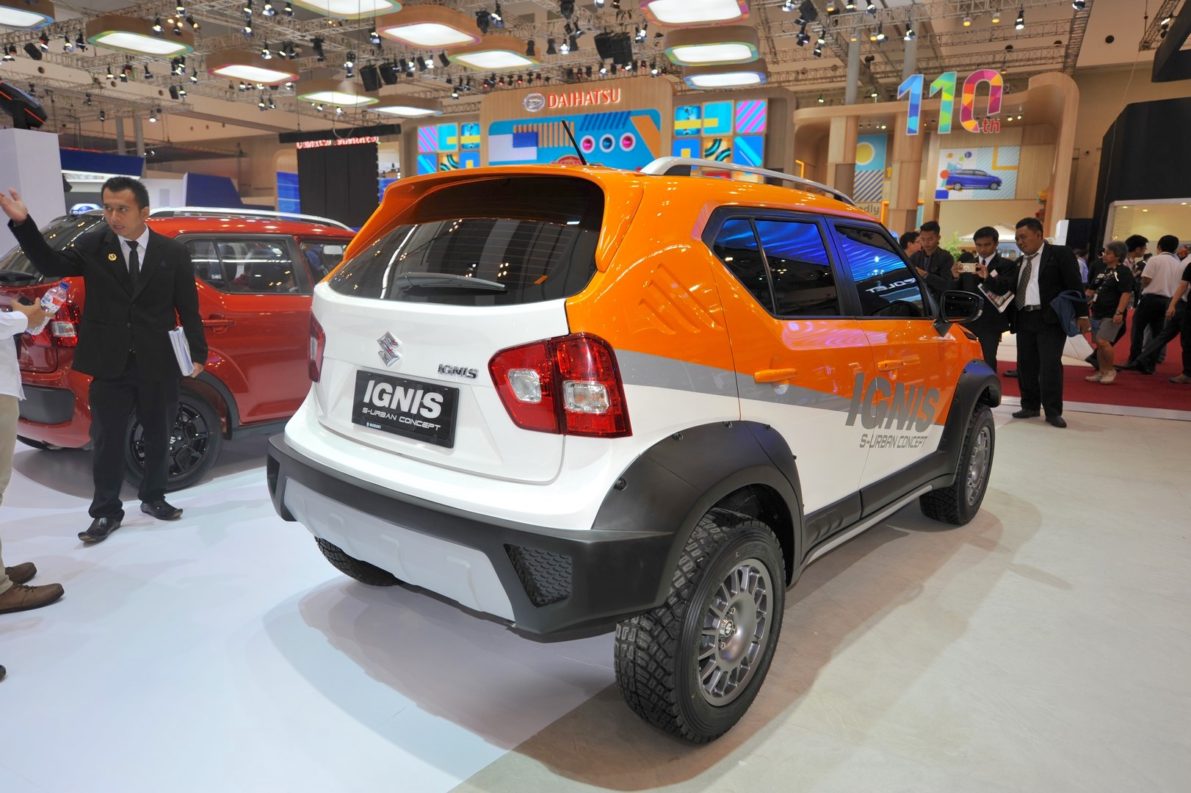 At the rear, it has a bold black plastic bumper and a new rear spoiler. The concept is finished with a dual tone orange and white exterior contrasted by silver graphics.

Some of the features in the standard Ignis include LED headlamps with DRLs, fog lamps with chrome embellisher, steering-mounted audio controls, automatic climate control, and a 2-DIN audio system with Bluetooth as standard. The 7-inch Smartplay touchscreen infotainment system is optional. 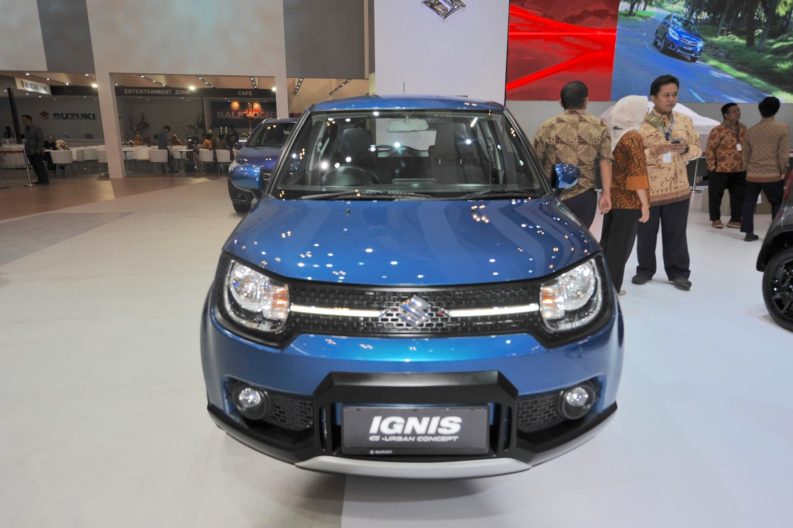 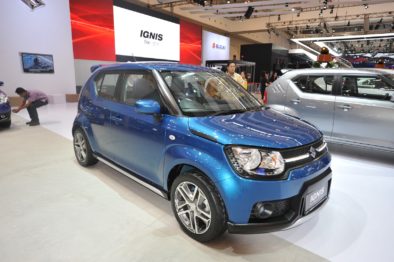 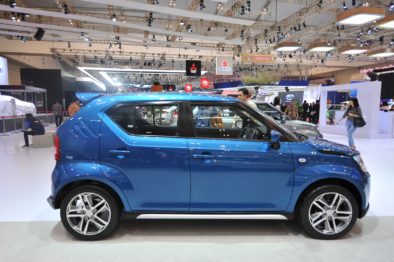 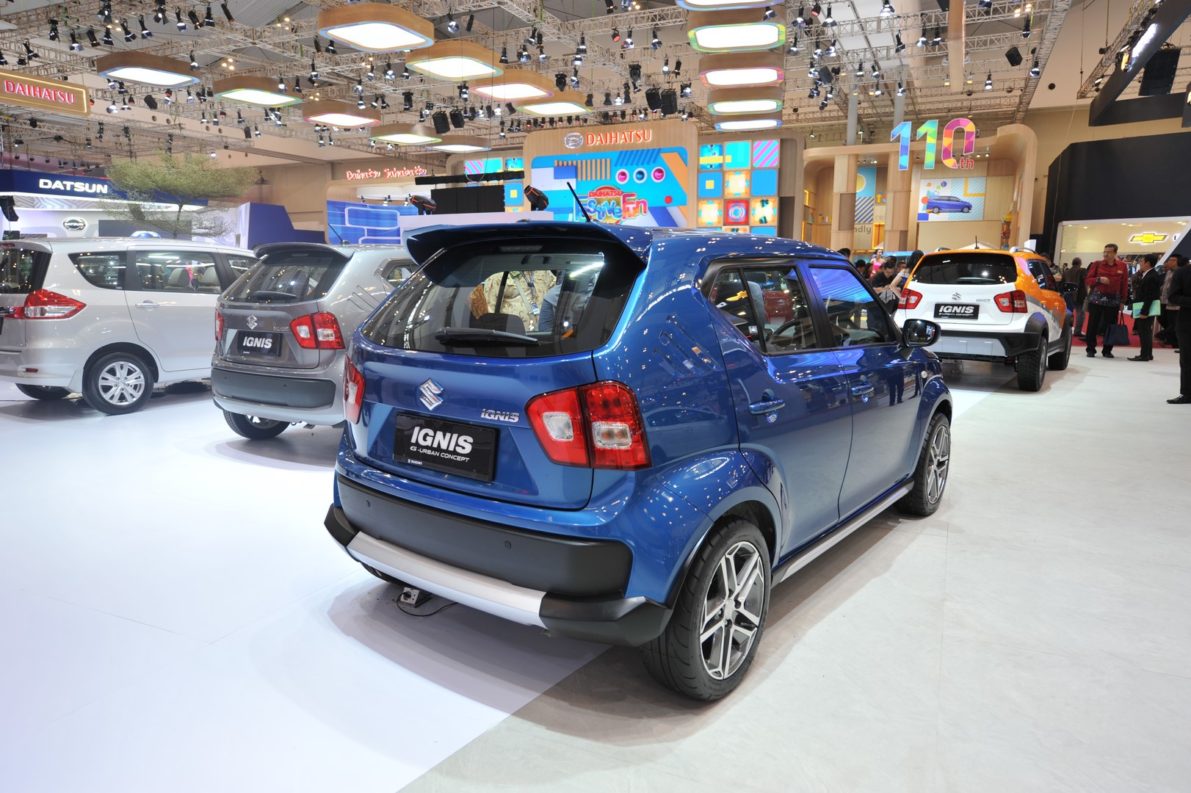 Unlike the S-Urban, the modifications to G-Urban look like they can be installed at a dealership for an extra cost. It features extra black plastic bumper cladding across the lower portion, silver garnish on the bumper, LED-powered strips flanking the ‘S’ logo, two-tone plastic cladding on the side skirt, 16-inch 5 twin-spoke alloy rims, a larger rear spoiler, and an upgraded rear bumper.

It lacks the LED headlamps of the S-Urban but comes with fog lamps, steering-mounted audio controls, standard climate control, and a 2-DIN audio system with Bluetooth as standard. The 7-inch Smartplay touchscreen infotainment system and automatic climate control are available on higher trims.

Under the hood is a 1.2 liter 4-cylinder K-Series petrol engine that produces 61 kW (83 PS) and 113 Nm of torque. In Indonesia, the Ignis GL and GX grades come equipped with a 5-speed manual gearbox as standard, while the GX AT has the 5-speed AGS (Auto Gear Shift) AMT.