The practicality of sedans over small hatchbacks can never be questioned. With better space for passengers and an added advantage of trunk, these vehicles are considered as ‘family cars’ in our market and remain popular ever since.

However in recent years, not only that the available sedan options in our market have become scarce, the prices of these sedans have crossed the level of insanity. A base model Honda City 1.3 which is nearly a 9 year old car now cost PKR 15.3 lac while Toyota Corolla Xli 1.3 which doesn’t even offer power windows is available for PKR 17.3 lac.

The recently launched Ciaz sedan by Pak Suzuki is available for PKR 18.59 for manual and PKR 19.99 for the automatic version. Not to mention the same vehicle with better specs across the border starts from just INR 8.04 lac which converts into PKR 12.9 lac only.

Considering this, Chinese cars remain the only hope for us to see logically priced cars, particularly the sedans in our market some day. Although many Chinese auto manufacturers have shown interest to invest in the auto sector of our country, thanks to CPEC, we are yet to see a Chinese manufacturer actually stepping in the market.

There are dozens of Chinese sedans by different manufacturers available out there which have seen tremendous success within China and in export markets, however it’s not possible to cover all those in a single post. To start with an affordable sedan, we present you the Great Wall C30. 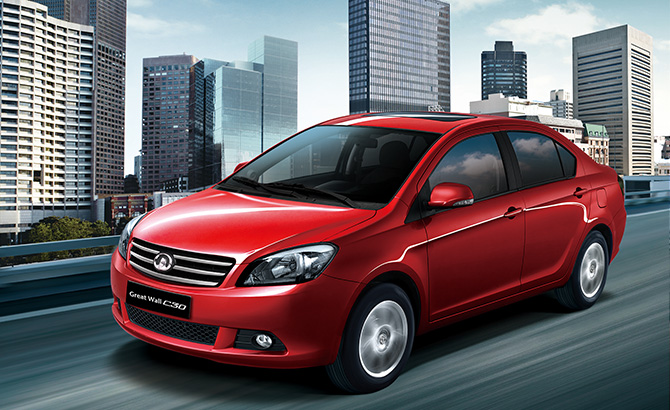 GreatWall Motors (GWM) is quite a successful name when it comes to SUVs and small passenger cars in China. The C30 is their compact sedan available with a 1.5 liter engine mated to 5-speed manual or a CVT transmission. The GWM C30 remains one of the best selling cars in China.

Right from the first month of its launch back in May 2010, the C30 became a massive hit and sold 100,000 units by March 2011, only ten months after its production had started, probably fastest ever by any brand in the world.

It scored five stars in crash test performed by CNCAP & received certification for marketing within the European Union in December 2011. It has also won the “2010 Compact Passenger Car of the Year” award in China.

Although the design may seem reminiscent to Toyota Belta, the C30 is larger in dimensions and sits on a longer wheelbase (2610mm) compared to 2550mm of the Belta. In fact, dimensionally the C30 is even bigger than the 10th generation JDM Corolla Axio. 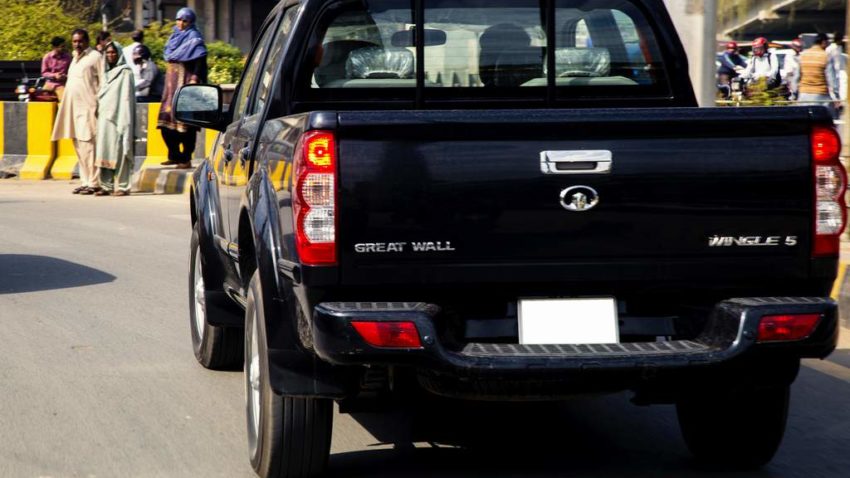 Recently a Great Wall Wingle 5 pickup was spotted in Lahore and according to details posted on Pakwheels, a private firm has imported these units for their use. But Great Wall vehicles have been in use in Pakistan since long.

On 14th November 2008, Chinese ambassador to Pakistan Mr. Luo Zhaohui, on behalf of Chinese government, delivered 15 Great Wall Sail Police pick-ups to Pakistan. These vehicles were received by the then Interior Minister Mr. Rahman Malik, who showed his sincere gratitude to Chinese generosity. Great Wall Motor Company Limited thus became another witness to the friendship between China and Pakistan.

It is a great honor for Great Wall Pick-up to be a witness of friendship between China and Pakistan, of which Great Wall Motor staff is proud.

We are yet to hear an official word from Great Wall Motors regarding their plans to enter Pakistani market after the CPEC & Auto Policy 2016-21 have taken effect. Chinese auto manufacturers such as Foton, Zotye, JAC & Brilliance have reportedly shown interest to invest in Pakistan, it will be extremely good if the exciting range of GWM vehicles are available in our country too.

Other GWM products that have the potential to become a success in Pakistan will be covered in our upcoming post, and will be published soon. Stay tuned to CarSpiritPK!