Pak Suzuki officially launched the Ciaz sedan earlier this month and marked their comeback in the sedan segment of the market. Available in a single trim, the Ciaz is priced at PKR 16.99 lac for the manual version while the automatic variant cost PKR 18.39 lac. 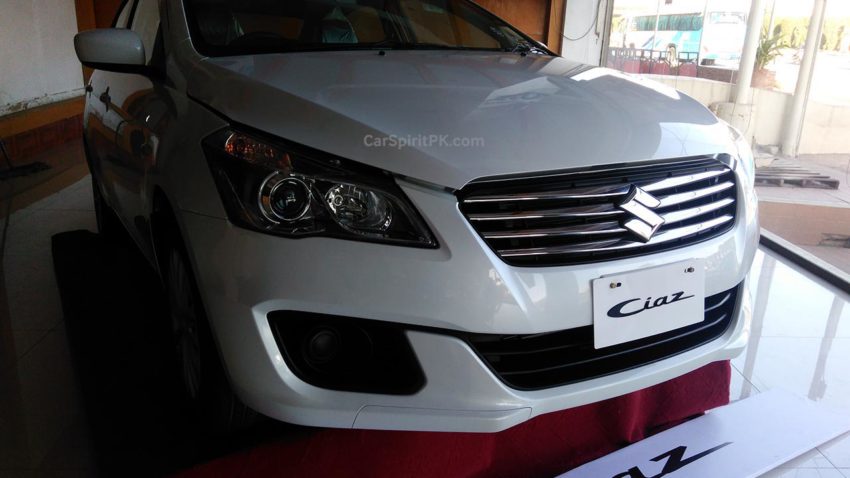 The Suzuki Ciaz abroad is available in many trim levels so it’s not necessary that each trim is fully equipped with all the listed features, however as in any other car, consumers can select between different available trims and get their desired features. It should be kept in mind that Suzuki Ciaz is mostly available in developing countries and the ones available in Sri Lanka, Bangladesh and even Jamaica etc are equipped with the features mentioned below, but unfortunately the Ciaz in Pakistan isn’t.

As in any modern vehicle, the Suzuki Ciaz comes equipped with multi-functional power steering wheel that can be adjusted for both height and tilt. This multi functional steering wheel has multiple buttons which allows the driver to remotely control the change of music tracks, adjust volume, accept or reject an incoming call on a smartphone connected through Bluetooth by just flipping a button without much diversion to the driver. The Ciaz available in Pakistan comes without a multi function steering wheel.

Certain Ciaz trims are also equipped with Engine auto stop-start feature which helps in saving fuel since this system allows the engine to be automatically switched off when the vehicle comes to a standstill. To drive off again the driver only needs to activate the clutch or if the vehicle is mated to an automatic transmission, will need to take foot off the brake pedal to restart engine.

Other than the base models, the Ciaz comes equipped with an Automatic Climate Control, the feature which is not found in the Pak Suzuki Ciaz.

The Ciaz comes with a black as well as beige interior in international versions. However the Ciaz in Pakistan comes with only a black interior. 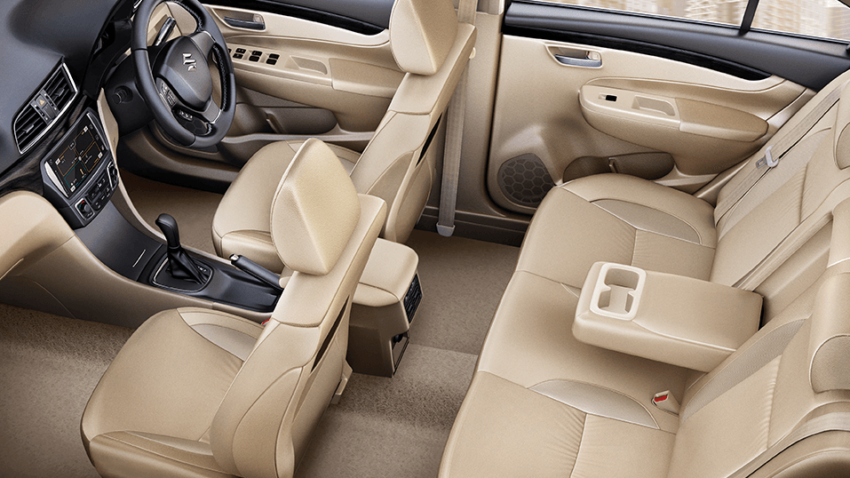 The high-end trims are equipped with reversing camera which provides a top as well as rear view of the area behind the car. The top view provides the driver visuals that comprise of ‘guide lines’ signaling whether the space is good enough for the car to sneak in. The rear view shows visuals of the area at the rear, even those normally hidden from the line of sight, thus makes it easier for the driver to park the car and help prevent it from scraping against any obstacle.

In addition to the reversing camera, the Ciaz also comes equipped with ultrasonic parking sensors which send acoustic signals when coming in close proximity to an obstacle. The Ciaz in Pakistan comes without Parking Sensors.

Sun visors with vanity mirror have been a common utility in automobiles for a long time. Pak Suzuki Ciaz comes without these. Certain Ciaz trims are also equipped with a sunroof, the Ciaz in our market doesn’t offer one.

In international markets, Ciaz also comes with rear AC vents for better air circulation, the one offered locally doesn’t have this feature as well.

Although Ciaz is a very good car and has done wonders for Suzuki in key markets, but the unavailable features makes it rather disappointing for potential customers in Pakistan. Although on the better side of the picture, the Pak Suzuki Ciaz comes equipped with 2 airbags, security alarm, keyless entry with answerback function, immobilizer, ABD with EBD and front & rear seatbelts. Still many believe the price tag is on a higher side.

The Suzuki Ciaz is currently being imported from Thailand as CBU and according to Azam Mirza, General Manager PSMC, it may take up to 3 years to assemble this car locally. Although the Ciaz is said to have smashed its critics straight after its launch, only time will tell if it’s able to smash the doors of dealerships to get out on roads in good numbers. Let us know with your feedback.