Indus Motor Company (IMC) the makers of Toyota cars in Pakistan is enjoying handsome sales in recent times despite depreciating Rupee against the US Dollar and soaring car prices in the country. Now the company has announced to have sold a record 7,001 units in October which is the highest since IMC’s inception in 1993. This breaks the highest-ever monthly sales record of 6,775 units which it set just a few months ago in July 2021.

Although stats from PAMA (Pakistan Automobile Manufacturers Association) are yet to be released (since they come out after 10th of each month), so we still don’t have the exact sales figures of each model sold by IMC. Still its easy to assume that the charts are likely to be lead by Toyota Yaris which enjoys its status as the bestselling sedan and second bestselling car in Pakistan behind the Suzuki Alto 660cc. 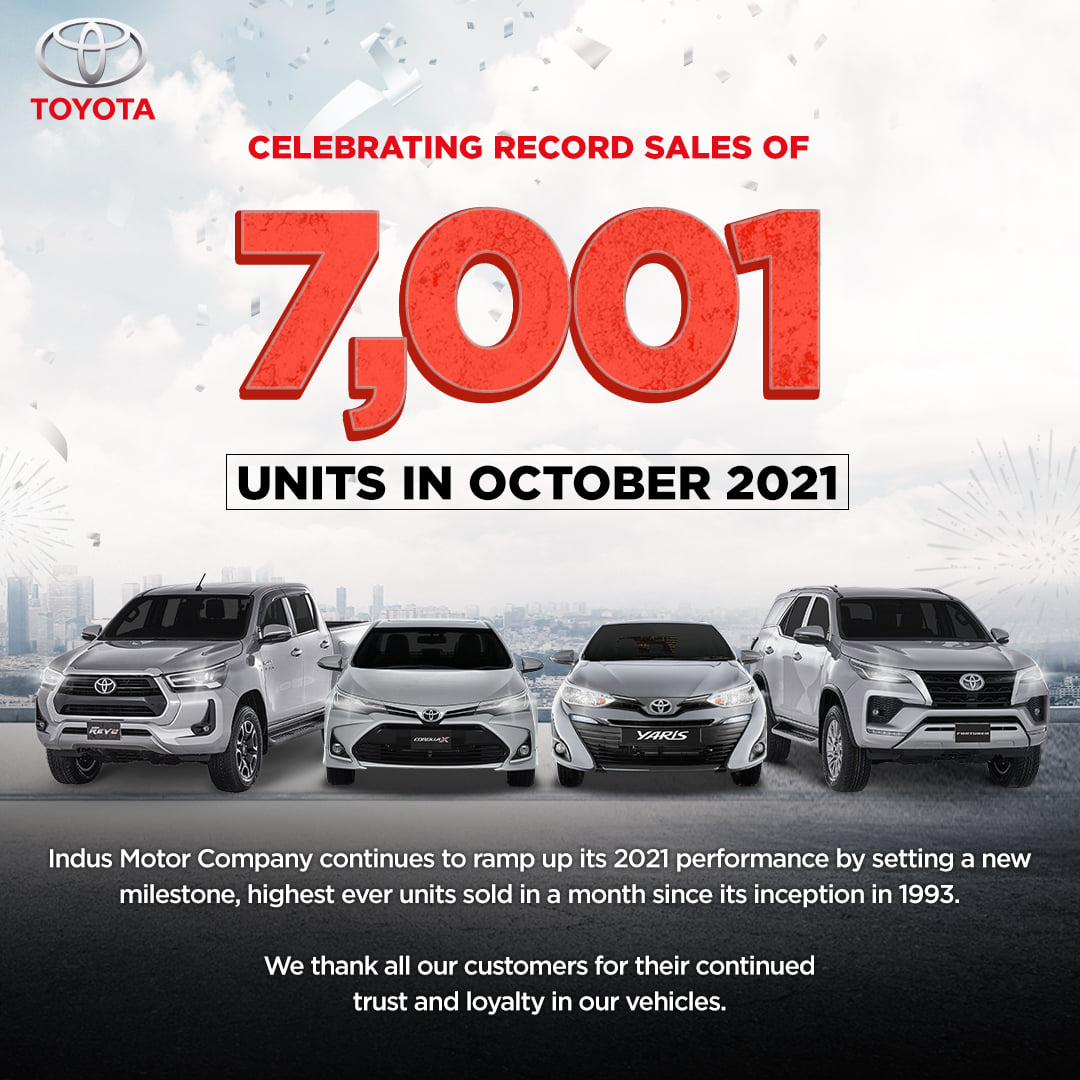 Sales of IMVs including Toyota Hilux and Fortuner are also witnessing a fabulous period in terms of sales. With an 88% increase over 1,702 units sold in the first quarter of previous fiscal year, IMC has now managed to sell 3,209 units of Hilux in 3M-FY21-22 whereas Fortuner with a mind-boggling 310% increase in sales, witnessed 1,601 units in the said period compared to just 390 units in the same period of previous fiscal year. 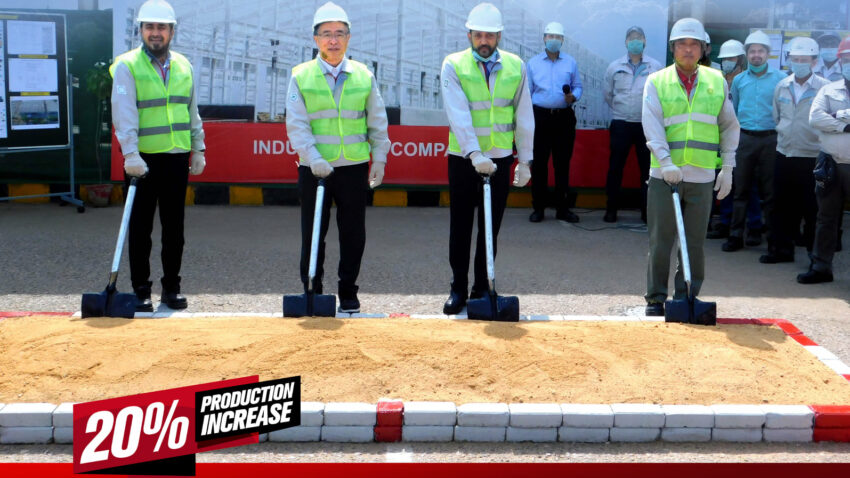 Furthermore, in wake of rising demand, IMC has announced a 20% increase in its production capacity, the ground breaking for which was held recently. The company has sold 18,646 (local assembled) units in Q1-FY22, which is 59% more than 11,715 units it sold during the first quarter of previous fiscal year.