After Pak Suzuki, Indus Motor Company (IMC), the assemblers of Toyota cars in Pakistan now revealed to have witnessed its highest-ever sales in a month since its inception in 1993. The company on its social platforms announced the sales of 6,775 units in July 2021.

The huge spike in sales of locally assembled vehicles is largely attributed towards reduction in car prices after the government relaxed various duties & taxes in the Auto Policy 2021-26, as well as record-breaking surge in car financing thanks to low interest rates. Furthermore, booking of cars under Roshan Apni Car for overseas Pakistanis having Roshan Digital Account (RDA), has also played its part in the increase in sales of locally assembled vehicles. The inflow of deposits under RDA had already crossed $1.5bn which was $418mn in January 2021. 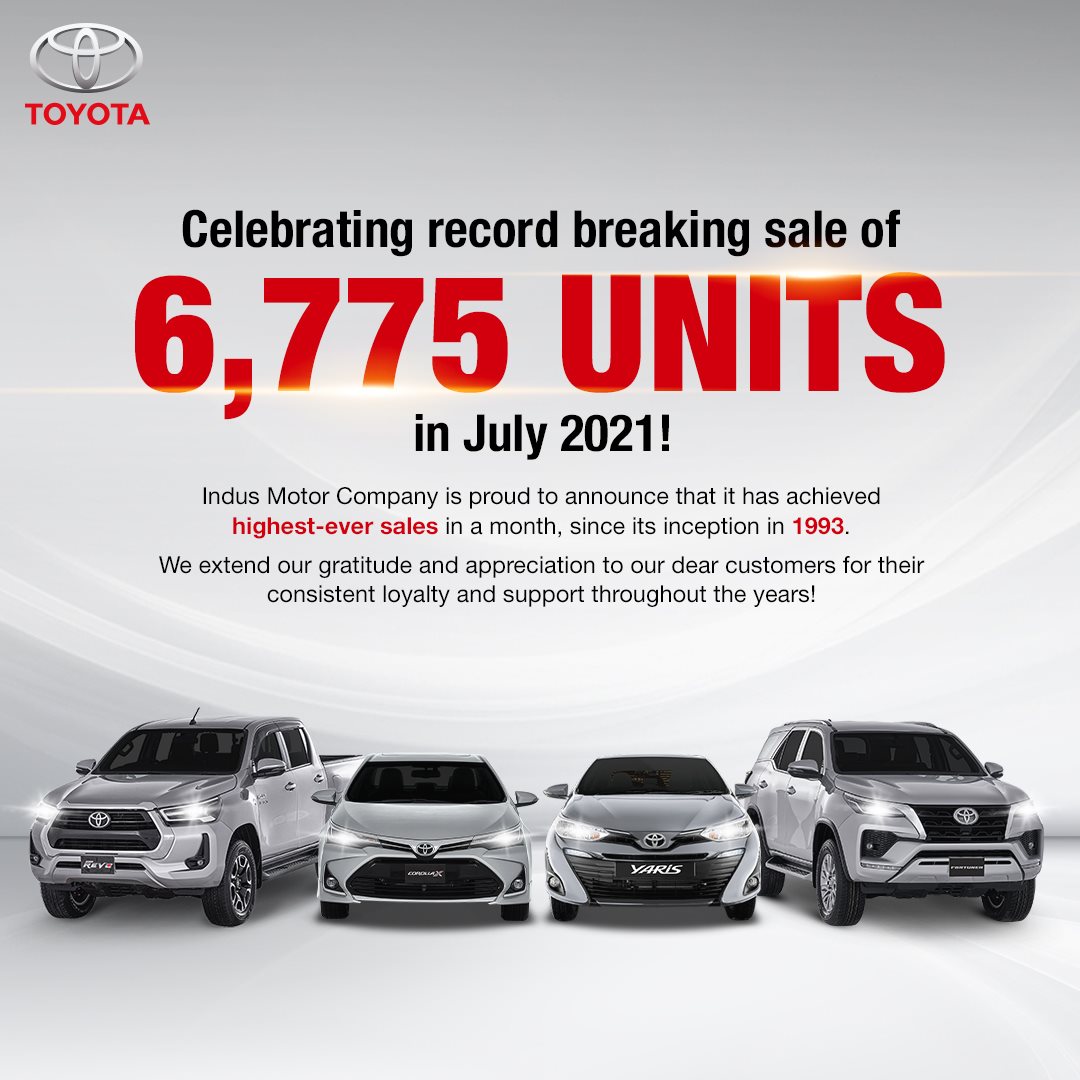 CEO of Indus Motor Company Limited Ali Asghar Jamali, who is also Chairman of PAMA (Pakistan Automobile Manufacturers Association) has already lauded government’s efforts to boost car sales in the country, “I feel that the next six months will be very good in terms of car sales” he said. Toyota enjoys handsome sales of all its local assembled products including the Yaris, which is the highest selling sedan in Pakistan, followed by Corolla the current generation of which has already surpassed 0.31 million sales milestone. Lastly the IMVs including Fortuner and Hilux are doing tremendously well in recent times too.

Sales of local assembled cars are expected to remain high in forthcoming period. According to Federal Minister for Industries and Production Mr Khusro Bakhtiar, efforts were being made to increase automobile production to 350,000 cars this year and increase their demand through incentives and other measure. Whereas more than 300,000 job are expected to be created in the auto sector.