Honda has started delivering the all-new 2nd generation BR-V to the customers in Indonesia earlier this month. The latest model was unveiled in September 2021 boasting thorough improvements in design, comfort and safety.

The handover ceremony was held in Senayan Park, Jakarta where first 55 units of the all new BR-V were handed over to the customers. A combination of 29 cars were parked in such as way as to form the BR-V lettering when seen from the birds eye view. 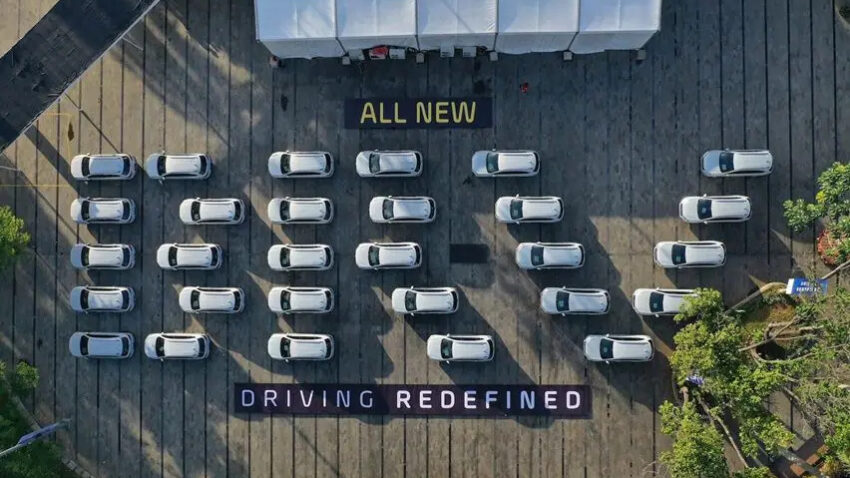 According to Yusak Billy, the Director Marketing & Sales at Honda Indonesia, around 3,200 units have been ordered since the model was unveiled in September last year. He said the company is targeting to deliver 3,000 units of new BR-V in the month of January 2022. Billy added that the production target of the all-new BR-V for the domestic market is 40,000 units per year. Whereas the production for export market is targeted at 10,000 units for 30 destination countries.

The 2nd gen Honda BR-V is available in four variants– S MT, E CVT, E MT, and Prestige CVT variants. The flagship variant has been equipped with Honda Sensing advanced safety technology for the first time in BR-V. According to Honda Indonesia, 55% of new BR-V bookings consist of the flagship Prestige CVT variant. Until now, the Honda BR-V continues to be well received by customers in Indonesia with total retail sales of 78,013 units, averaging more than 1,300 units a month. Globally, the Honda BR-V has sold more than 255,000 units with Indonesia having the highest sales contribution of 30%.