Following Toyota, Honda Atlas has now announced the price revisions for its CKD assembled models in Pakistan. This is the second price increase within the span of 3 months, that the prices of Honda cars have been revised.

As expected, the company has cited rising raw material costs and depreciating currency as the reason behind the hike. The revised prices will take effect from 26th March 2022. Like Toyota, Honda will also implement the new prices in steps: 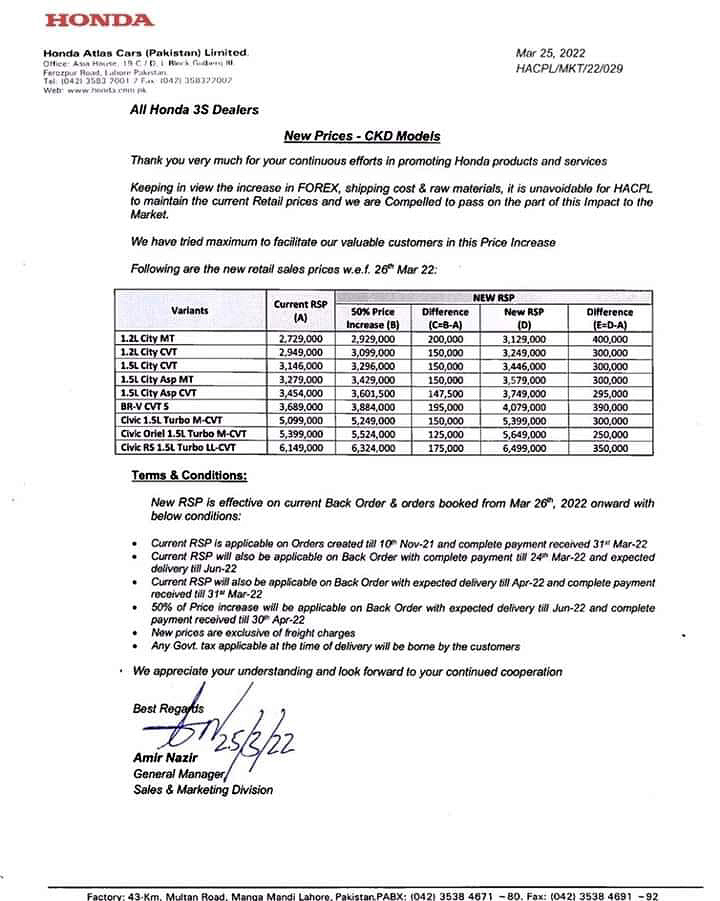 According to the notification, the prices of Honda City 1.2L have been revised by Rs 400,000, that of 1.5L City Aspire by up to Rs 300,000 and BR-V by Rs 390,000. As indicated before, the newly launched 11th gen Honda Civic has also received a price bump of up to Rs 350,000. Following Toyota and Honda, other automakers are also expected to announce the price revisions soon.