Honda City Facelift to Launch in India on 14th February

Honda India on Friday confirmed that the 2017 Honda City (facelift) will launch in India on 14th February 2017. A week ahead of its launch, a test drive unit of the new Honda City has been spotted at a dealership.

The Honda City has been coming under pressure particularly with the great success of the Maruti Ciaz in India. With the new facelift, Honda City is ready to challenge the Maruti Ciaz (facelift is expected to arrive soon), the VW Vento Highline Plus, the new Hyundai Verna and the Toyota Vios.

The Honda City has been our most successful model ever since the start of operations in the country. It commands tremendous loyalty among customers and we are extremely excited to add another chapter to the success story of the model with the launch of the new Honda City 2017. 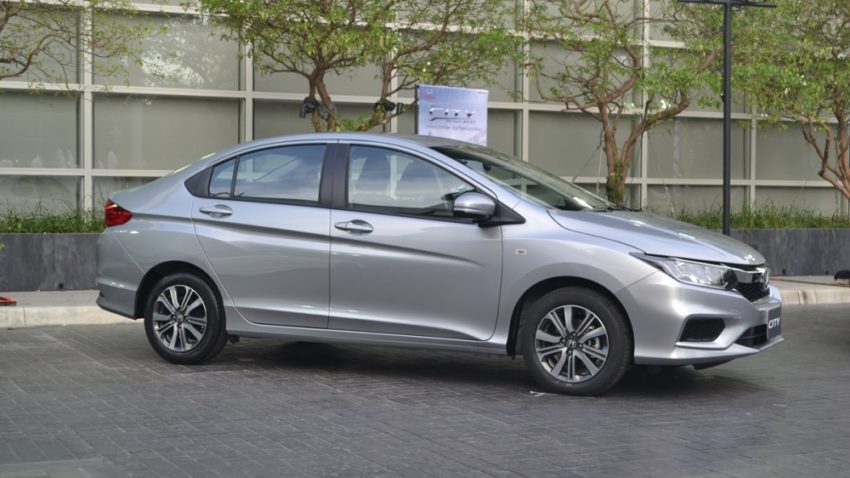 After Thailand & Malaysia, India will be the third market to receive the 6th gen City facelift. Honda Pakistan is yet to introduce the 6th gen City in Pakistan, considering the fact that this generation was launched back in 2013. Suzuki Ciaz is one car that has created problems for Honda City in various markets, but it actually competes with the 6th gen City. Now when Pak Suzuki is on the verge of launching Ciaz sedan in Pakistan, it will be very interesting to see how Atlas Honda compete the Ciaz with their older 5th gen City which is here in our market for more than 8 years now.