The Auto Policy 2016-21 has not only able to attract new entrants, but has also pushed the existing automakers to improve their game. Pak Suzuki, Pakistan’s oldest and largest automobile assembler has been trying hard to improve its brand image in the country. Long blamed for offering obsolete and overpriced cars which are no longer available for sale anywhere else in the world, the company is trying hard to improve its game by launching long awaited modern vehicles in Pakistan.

After Vitara SUV, the company is all set to launch the Ciaz sedan on the 8th of February 2017. For Pak Suzuki, the launch of Ciaz sedan will mark as a comeback in the sedan segment, since Suzuki has no representation in this segment after the downfall of Liana. 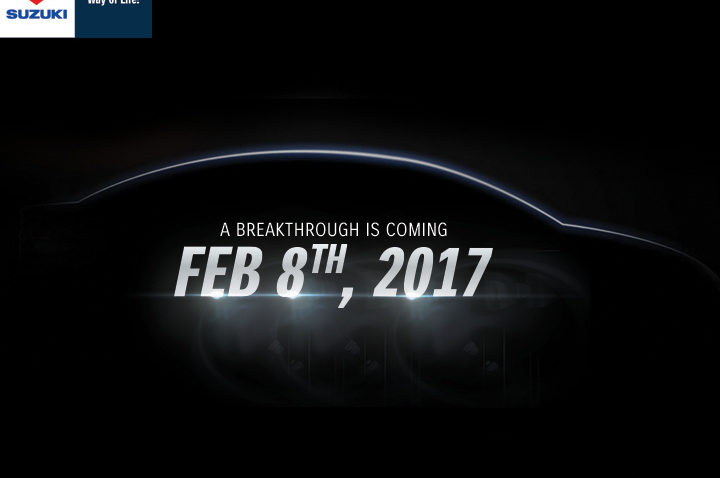 Already spotted on numerous occasions, the Ciaz has been a hot topic on social media. And as mentioned in my earlier post regarding the Ciaz launch & the making of its TVC, the car which is said to be imported from Thailand seems like a stripped down version made exclusively for the Pakistani market.

Although it’s good to know that the Ciaz will be equipped with Airbags & ABD+EBD, it still misses out an in-dash screen, reverse camera, auto day/night rear view mirrors etc. It has no climate control, no automatic a/c, no embedded indicators on side mirrors, no control on steering wheel, no sunroof, no alloy rims, while just like the WagonR the tires seems to be narrower than the ones offered elsewhere.

Suzuki Ciaz is equipped with K14B engine which is a 1.4L (1372cc) 16 valve DOHC VVT unit producing 92hp and 130nm of torque. According to unofficial sources the price of the Ciaz sedan will be PKR 15.6 lac for the manual version while the automatic version will cost PKR 17 lac. At this price the Ciaz might be able to attract decent number of buyers since the Swift DLX hatchback is already priced at PKR 14.63 lac.

Related: Honda All Set to Launch BR-V in Pakistan

The official launch of the Suzuki Ciaz is scheduled tomorrow, so we will get the official prices & more details by that time. Unlike Liana, the Ciaz is quite a successful car in other markets and is expected to offer a good option for those looking to buy a sedan in Pakistan. And 3 years/ 60,000km warranty will probably make it even more attractive. Only time will tell how well the Ciaz will be received by consumers in our market, but one thing is for sure that the success of Ciaz may push Atlas Honda to launch the much awaited 6th generation City which was globally introduced back in 2013.

Stay tuned for more updates on the Suzuki Ciaz launch!