Honda just premiered the all-new second generation BR-V in Indonesia. The vehicle which comes as a replacement of first generation model that has been around since 2015, will go on sale starting from Indonesian market in January 2022 and will begin reaching other markets thereafter.

However in addition to revealing the impressive new BR-V, Honda had another surprise for its viewers. The automaker teased an all new crossover SUV towards the end of the BR-V digital world premiere, with a message “Wait for our next new Excitement…” (see video below)

The vehicle was shown covered in red cloth with its DRLs on, but the profile clearly suggest that it will be a crossover SUV. There is no word on what vehicle is there under the wrap but its likely going to be an all-new product since Honda has released a new generation BR-V as well as HR-V earlier this year and a new CR-V can’t be this small either. 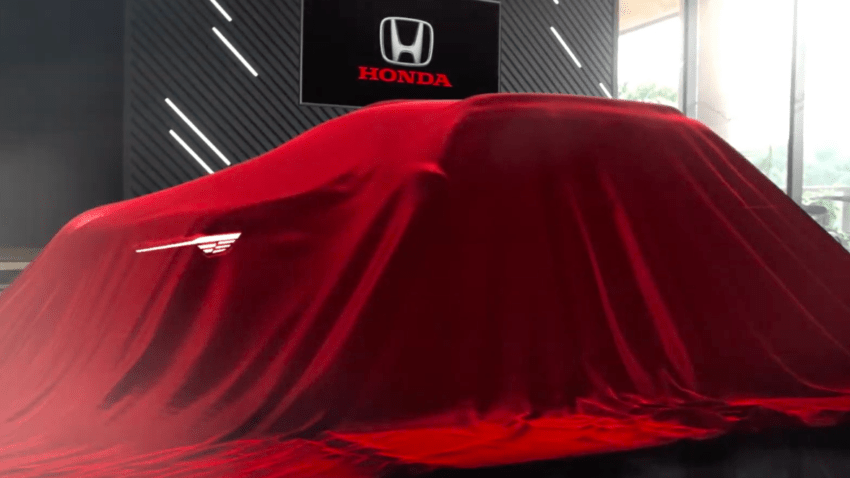 A new smaller crossover will help Honda compete against the likes of Toyota Raize and Daihatsu Rocky which are doing quite well in Indonesian market. There is also a possibility that Honda will launch a smaller 5-seater version of the all-new 7-seat BR-V which has just made its debut in Indonesia. According OtoDriver, an unnamed source within the company previously said:

“The all-new BR-V is a special car. It will become the “parent” of a new Honda model in future. There will be a small SUV which will be developed using this platform.”

The website previously reported that the new vehicle will either adopt the WR-V moniker (acting as a second generation model) or get a new ZR-V name that was trademarked last year.