According to recent reports Huawei, the Chinese multinational networking and telecommunications equipment and services company is conducting Research and Development on driver-less car project in cooperation with Tsinghua University.

The driver-less car race has heated up over the past few years, as tech giants and automobile companies joined the game one after another, poaching each other’s executives, vying to get ahead.

Huawei’s R&D teams on driver-less cars have already spread across a number of Chinese cities including Beijing, Shanghai, and Wuhan, as well as Silicon Valley in the US. The report also indicated that Huawei’s driver-less car program falls into its smart city blueprint, which has drawn as many as 9,000 developers. An earlier Chinese report on Tuesday also revealed that Huawei is teaming up with one of the most prestigious universities in China, Tsinghua University, to develop a driver-less car. 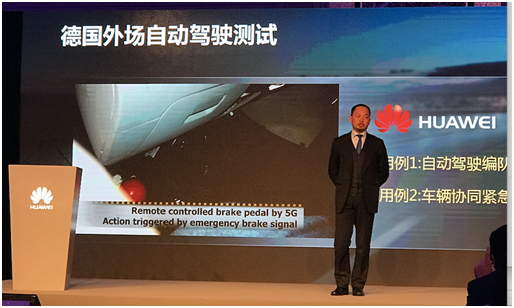 The report further said that the car in development is an All-Wheel Drive and is able to avoid pedestrians automatically and realize automatic parking, but the rumored car remains at the embryonic stage and the appearance is crude.

Huawei is well-established in wireless solutions and electronics, dominating many areas of the supply chain. It launched wireless GSM-based solutions as early as 1997. It had strategic cooperation with Changan Auto in 2014 in various areas such as connected cars, intelligent cars and international businesses. In an earlier time, Huawei had also cooperated with Dongfeng Auto. Besides, it has been providing parts including large LCD touch screen and related operating system for some local Chinese models. It also cooperates with BMW, Daimler and Audi in 5G area, and promotes developments in AI and driver-less cars.