Pak Suzuki Motor Company, Pakistan’s largest car manufacturer with over 50% market share had decided to launch the standard model of Suzuki Celerio in March 2017, as confirmed by a company official a couple of months ago.

However recent spy shots that surfaced the social media indicate that Pak Suzuki will be launching the Celerio hatchback with the Cultus tag. It’s obvious that Pak Suzuki considers it risky to launch a new car with a new name, since the experiences with Swift & WagonR weren’t that good in the past.

WagonR took almost 2 years to pick up sales, while Suzuki earlier had to discontinue the power packed Cultus VXLi in order to boost sales of the 1300cc Swift hatchback. Pak Suzuki sold 9,709 units of WagonR in FY 2015-16 however it had managed to sell just 6,867 units in the first two years of its launch in our market. Similarly the Swift achieved sales figures of 7,040 when Cultus VXLi was discontinued, before that it managed to sell just 6,433 units in the first couple of years in Pakistan. 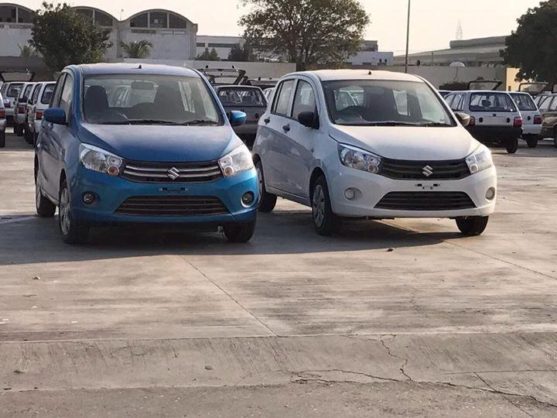 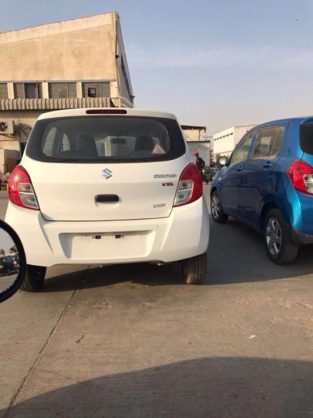 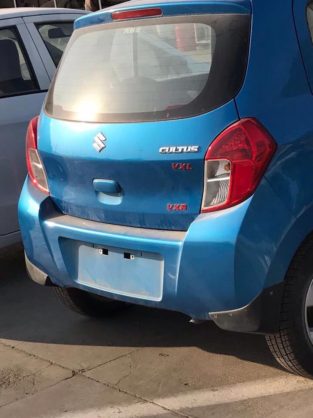 The spy shots of Celerio aka New Cultus which made their way to the internet shows us two variants, the VXR and VXL. As evident in pictures the VXL will be the equipped with chrome radiator grill, fog lamps, body colored door handles & side mirrors, mud-flaps and more importantly there is an ABS sticker on the rear windscreen which means the top end variant will be equipped with Anti-lock Brakes. The VXR comes without chrome grill & fog lamps, it has black colored door handles & side mirrors while there is no ABS in the base trim.

The new Cultus equipped with 998cc K series engine will be slotted between the WagonR and Swift and is likely to be priced around PKR 1.25 million. Launch of the said vehicle is expected towards the middle of the year when the existing Cultus orders are delivered. After the launch of Vitara SUV and Ciaz sedan, the launch of new Cultus shows Pak Suzuki’s serious efforts towards enhancing their reputation in Pakistani market ahead of the upcoming competition.