South Korean automaker Hyundai has finally unveiled the all new 4th generation Tucson earlier in September which is scheduled to go on sale in its home market in forthcoming months and will begin reaching other global markets from Q1, 2021.

Related: Real World Pictures of the All New Hyundai Tucson

Hyundai’s local partner in Pakistan, Hyundai-Nishat introduced the 3rd generation Tucson hardly a month before the global debut of latest generation model. However from the looks of it, auto consumers in Pakistan won’t be getting their hands on the all new Tucson for quite a few years. Still we can have an idea of how different the new Tucson is from the one that’s just been launched in Pakistan. 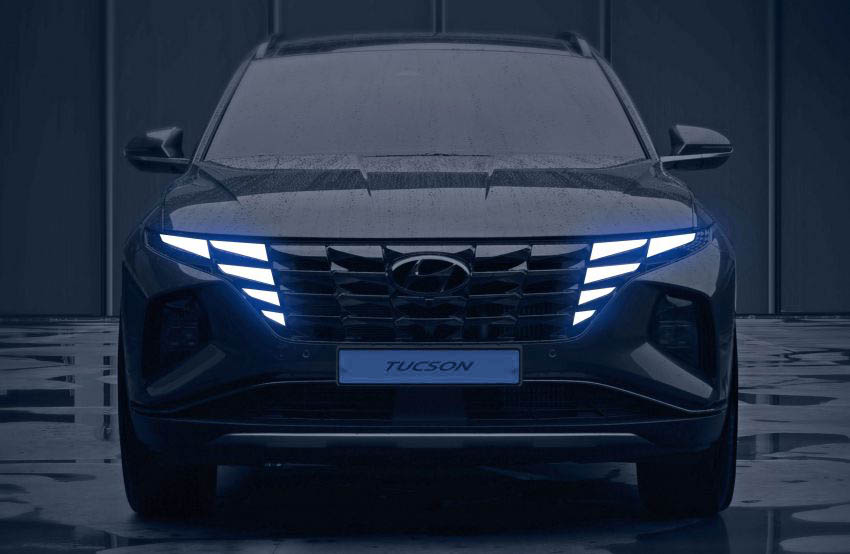 The 4th gen Hyundai Tucson is larger in dimensions than the 3rd gen model we have here. It’s longer, wider & stands taller than its predecessor. Plus for the first time there will be two wheelbase versions offered with Tucson– Short Wheelbase (SWB) and Long Wheelbase (LWB) depending on the market where it’s intended to be sold. Even then, the short wheelbase version of the new Tucson is longer than the 3rd gen model that was introduced internationally back in 2015. 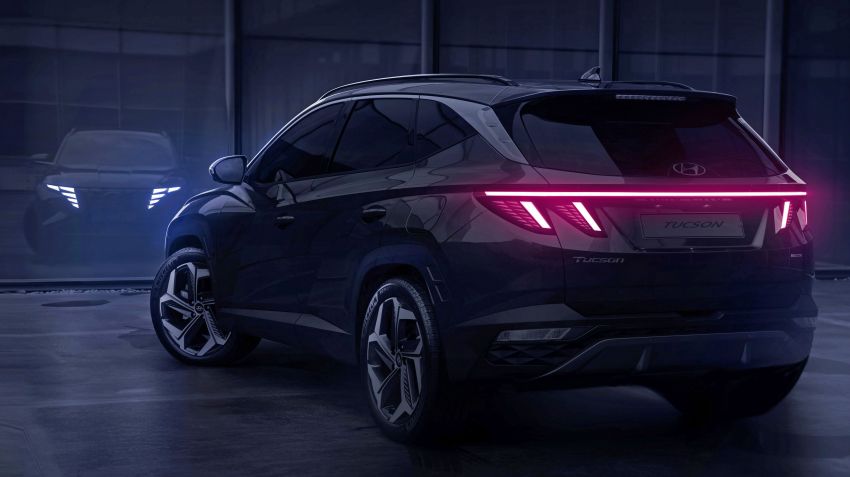 In terms of design, the 4th gen Tucson is a huge leap forward compared to the 3rd gen model with its new “Parametric Dynamics” look. Upfront, the 2021 Tucson gets multi-slatted grille, with embedded daytime running lights (DRLs). The old one on the other hand features a more conventional look that’s more in-line with the previous Hyundai design language. It’s got the typical Hyundai cascading grille and the usual headlamp cluster with integrated signal lights and DRLs. 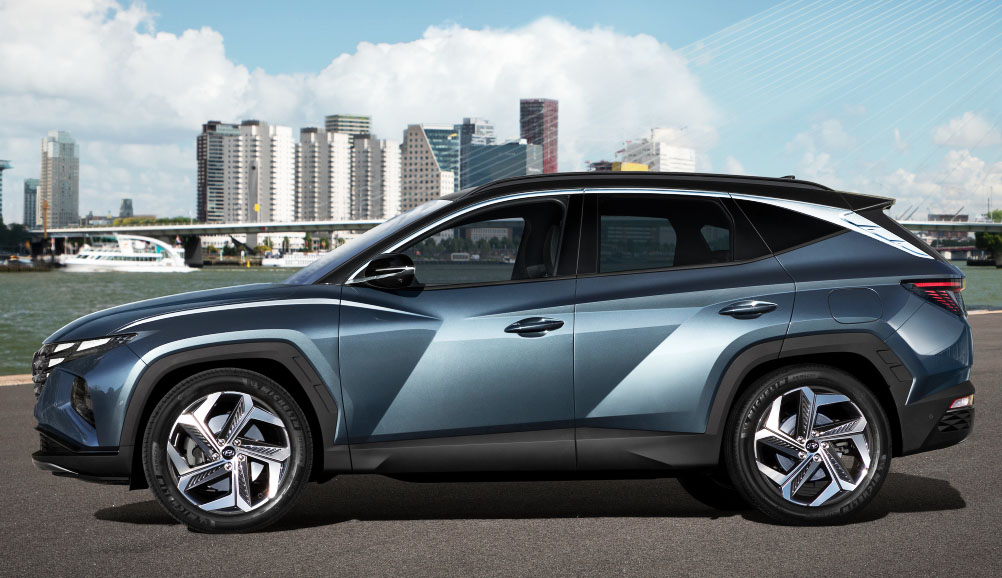 Towards the sides, the previous model bears gentle curves and a minimal amount of details. In contrast there are sharp lines, well-defined creases, and acute angles that dominate the sides of the all-new Tucson. At the rear, the 4th gen Tucson gets futuristic-looking LED taillight clusters enhanced with a single LED strip running across its width, as well as a honeycomb pattern section found just slightly above the skid plate. It retains the roof spoiler which hides the rear window wiper underneath. In comparison, the rear end of the 3rd gen Tucson is much simpler and justifies its connection with Hyundai’s out-gone design language. 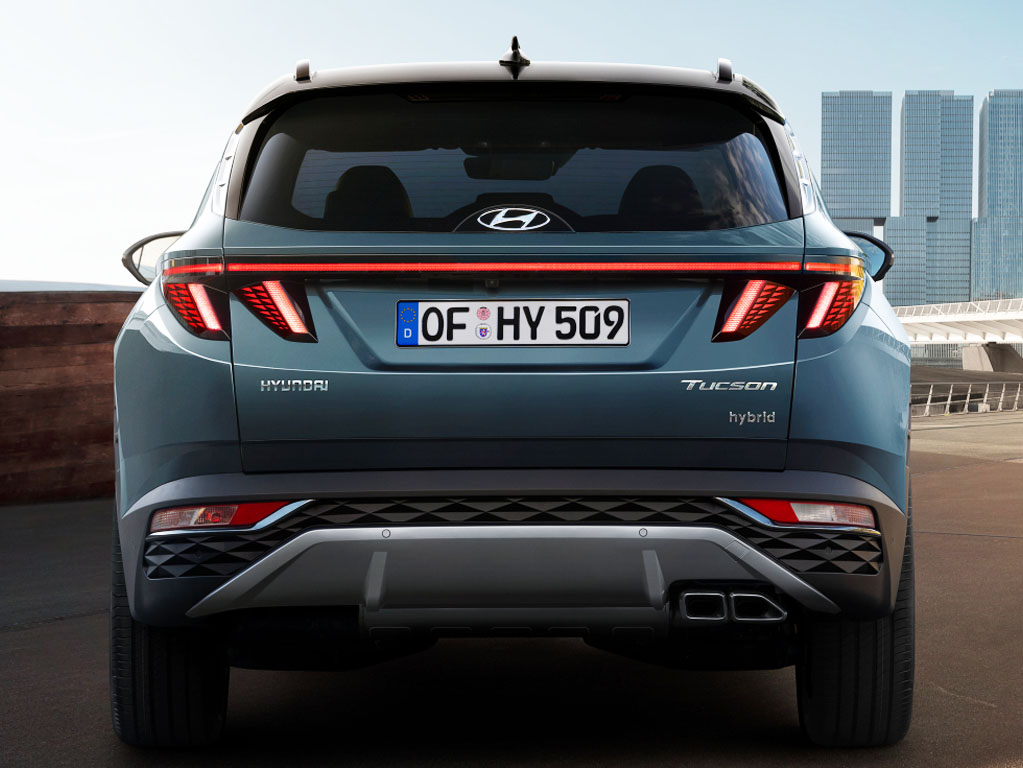 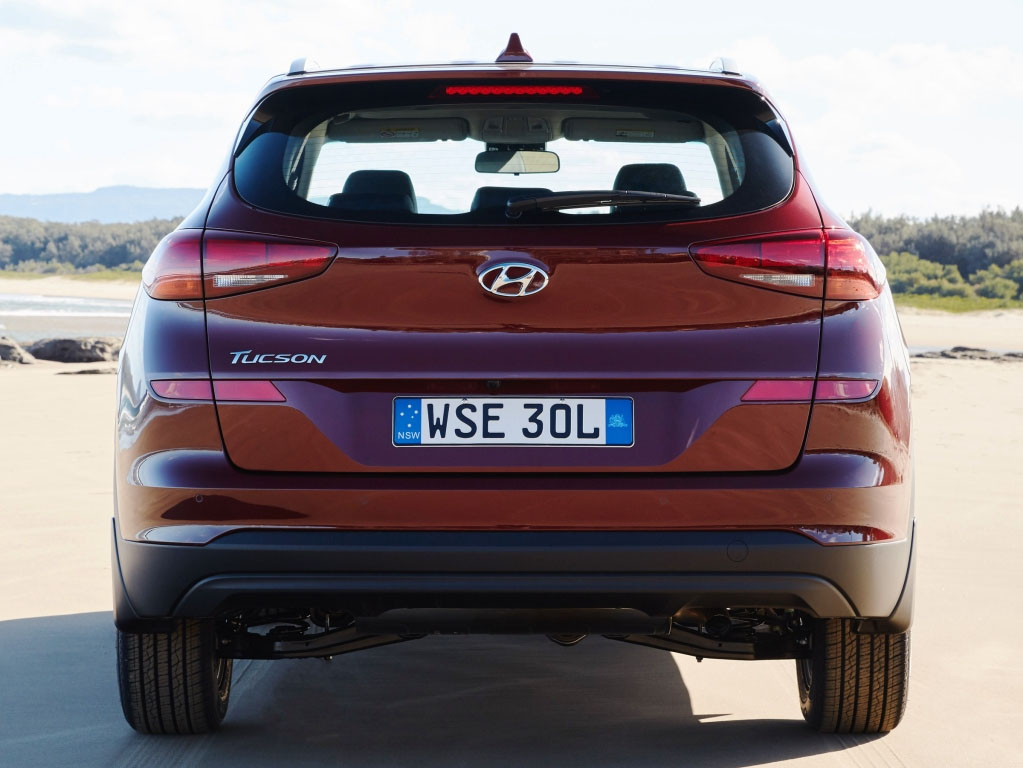 Just like exterior, the differences between the new and old Hyundai Tucson in terms of interior are also drastic. The dashboard and center console of the new Tucson is more futuristic compared to the old one. Hyundai is determined to get rid of buttons in the center stack of the new Tucson with all screens and touch panels replacing the conventional buttons & dials. Hyundai defines it as an “Interspace” cabin led by a layered dashboard styled in wrap-around fashion. The outward going curves on the old dashboard are gone, so does the gear lever which has been replaced in favor of a push-button gear selector. The larger 10.25” multimedia system is now embedded as opposed to a 7” floating unit found in the 3rd gen model. 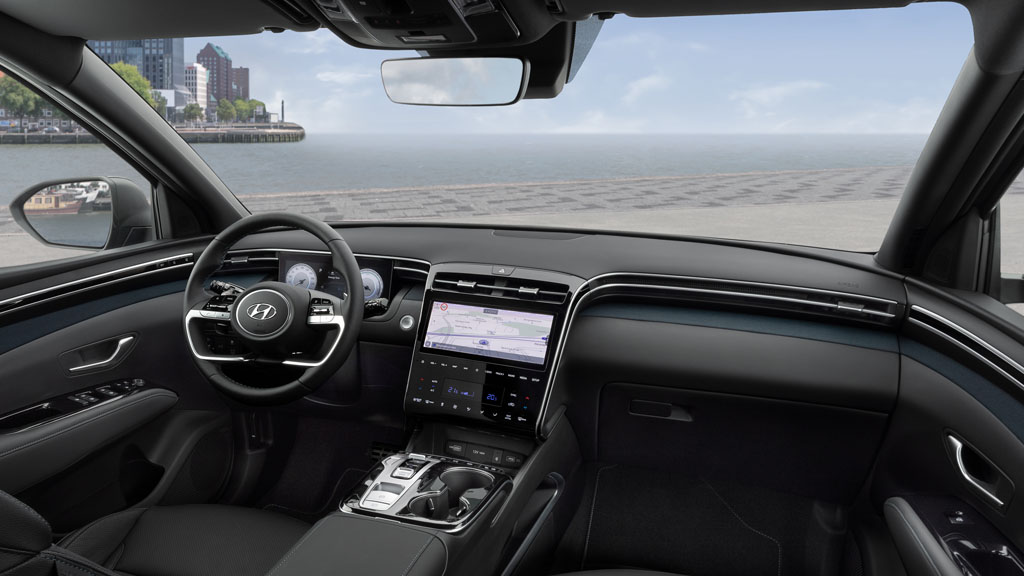 The old 3-spoked steering wheel has also been replaced with a new smaller multi-function steering; moreover the new Tucson has more features compared to the old one. Its AC system gained the Multi-Mode tech to keep occupants more comfortable, ambient lighting, a rear compartment sleeping mode, as well as a center-side airbag to enhance occupant safety.

While the 2021 Hyundai Tucson still uses the same all-wheel-drive & front-wheel-drive layouts, it gets a set of new engines. The most interesting one of course is the 1.6-liter gasoline turbo hybrid version which is paired to an 8-speed automatic transmission, and has the capability to churn out 227 hp of power and 350 Nm of torque. There is also another hybrid version that’s paired to a 1.6-liter diesel engine. This is also the first time that the Tucson gets a hybrid powertrain under its hood. In addition to this, there are reports that the new Tucson, depending on the market, will also come available with a 2.5-liter gasoline variant. It also uses an 8-speed automatic transmission and can produce up to 187 hp of power and 246 Nm of torque.

In our market, the 3rd gen Hyuncai Tucson gets a sole 2.0 liter naturally aspirated engine that produces 155hp of power and 196Nm of torque sending power to either front or all wheels via a 6-speed automatic transmission.

The Hyundai Tucson has come a long way since the first-generation from 2004. Every generation that passed looked significantly different from the ones that preceded it. Overall the new 4th Hyundai Tucson is a huge leap forward compared to the current 3rd gen model we have here. However most people believe the styling is a bit too funky & overdone. But whether you like it or not, all future Hyundai models are going to be based on the same design philosophy which Hyundai calls as ‘Sensuous Sportiness’ adapting “Parametric Dynamics” theme utilizing sharper creases and chiseled surfaces. As SangYup Lee, Senior VP and Hyundai’s Design Chief describes:

What is your opinion regarding the all new 4th Hyundai Tucson and its design, let us know with your comments.