Hyundai has announced the name of its new flagship SUV, it will be called the Palisade. An image of the new full-size SUV has also leaked just days after the South Korean automaker confirmed its 2018 Los Angeles auto show debut.

A full photo of what appears to be the production version of Hyundai Palisade was published on a Russian website Auto Review. The photo shows the Palisade’s full front fascia and side profile. The design is obviously toned down from the Hyundai Grandmaster concept seen earlier, but key style elements remain. They include a large upright grille, slim headlights, and wide fender flares. The large, boxy design compliments a design language Hyundai has most recently applied to the new Santa Fe.

The interior as well as the rear-end remains a surprise as we will have to wait for its debut at the Los Angeles auto show, which is scheduled to open its doors from the 28th of this month. According to Hyundai:

The Palisade SUV will convey a bold exterior that commands attention and has strong inherent imagery of safety and security, especially important with parents with growing families and active lifestyles.

The Palisade will share a platform with the Kia Telluride and offer seating for 8 passengers. A new front-wheel-drive platform will serve both SUVs with a transverse engine layout and all-wheel-drive capability. A V-6 engine as the standard powertrain is expected. 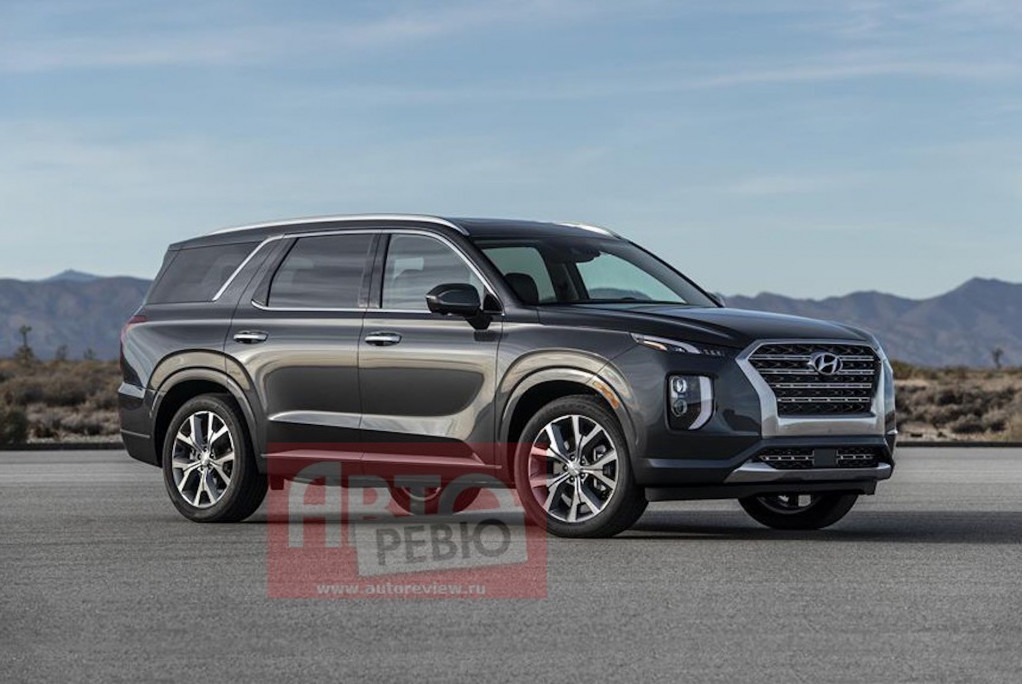