With a Rs 22 Increase, is CNG Still a Viable Option?

The government has recently increased the price of CNG after which 1 kilogram of it costs more than one liter of petrol. The price has gone up by Rs 22 per kg after the government increased the cost of the gas supplied to the CNG stations and imposed Rs 2.45 per kg sales tax on it.

Although transporters have shown their protest on the increase and have announced a strike on the price hike, but we all know they will eventually increase the fares and cover up their expenses by transferring the burden on to the public, who will have no choice but to pay the extra amount.

CNG now costs Rs 125 per kg in Sindh, Rs 138 in KPK and Rs 132 in Balochistan, whereas in Punjab it is still below 100 mark at Rs 90 per kg. On the other hand petrol costs Rs 112.68 per liter. Considering this, one might think whether it is viable to use CNG when it’s even more expensive than per liter petrol?

Well, as far as modern vehicles with sophisticated engine technologies are concerned, you don’t really need to convert your car to CNG. However the bulk of the passenger cars as well as commercial vehicles in our country are either quite old or were developed using decades-old technology and hence consume more fuel compared to the newer vehicles. 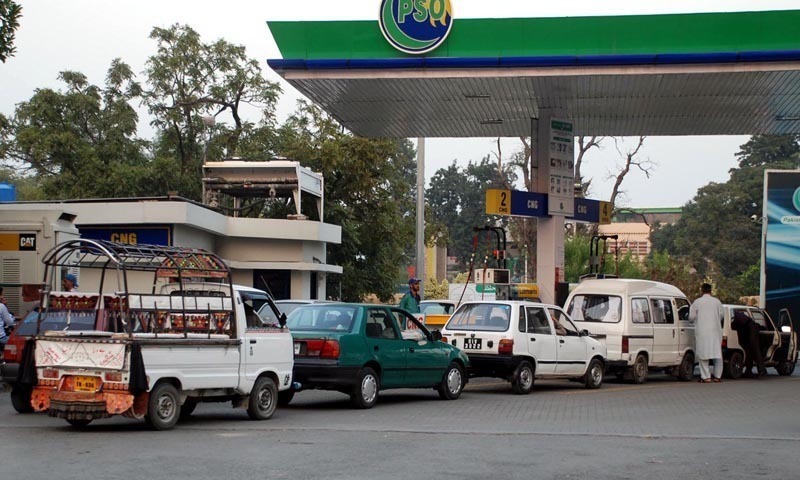 Owners of vehicles based on carburetor engines, and commercial vehicles including mini buses, taxi and rickshaw drivers find it more economical to run their vehicles on CNG compared to petrol due to increased mileage achieved in per kg of gas compared to per liter of petrol. For the sake of comparison an old 1300cc Suzuki Margalla delivers up to 120 km against a refill of Rs 700. The same amount will buy 6.19 liters of petrol which is good for 74 km only.

Although lately there has been a crisis on the availability of CNG and gas stations are mostly operated in alternate days, the government has literally done nothing to replace the out-dated vehicles off the road.

Pakistan is now formulating en electric vehicle policy and aims to shift towards electrification directly from Euro-II. But keeping in mind the recent price hikes and added taxes that have pushed the new vehicles out of the reach of the masses, it seems all but difficult to get rid of the older vehicles and make a shift towards newer technology.

Even when it has become more expensive than petrol, CNG still remains a prime choice for old vehicle owners and they prefer standing in queues to get their vehicles refilled because it simply returns them better mileage compared to that of petrol.