Almost three years after making its debut, the Kia Seltos has received its first thorough facelift in its home market of South Korea. The refresh model features revised front and rear end, new wheels and significant tweaks to its interior. Bear in mind the Seltos made its global premier in India in June 2019, however it was launched in South Korea first, in July 2019 and formally went on sale in India in the following month in August 2019. 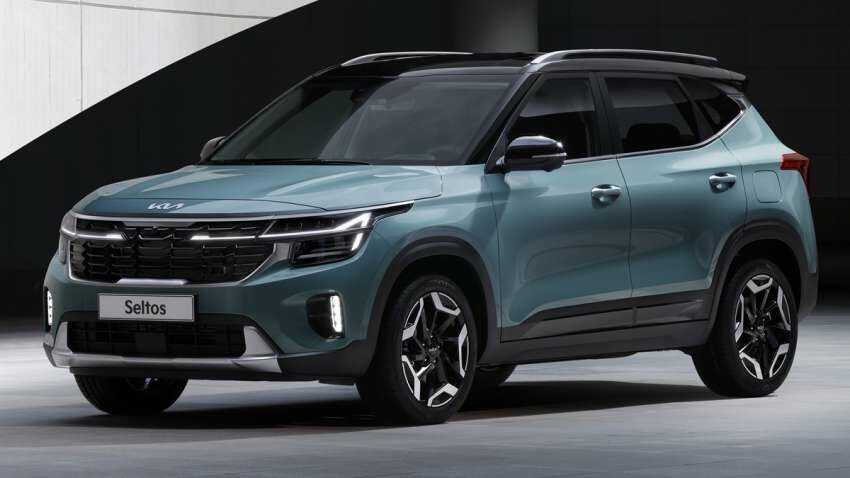 The exterior redesign brings the refreshed Seltos in line with the rest of Kia’s lineup, adopting the automaker’s “Opposites United” design language. The new headlights feature distinctive kinked DRLs, which Kia calls as the Star-map Signature Lighting which continues to bleed into the “tiger nose” grille, which gets a new mesh pattern and beveled corners, pretty much like the Sonet. The front bumper also gets design changes such as the U-shaped silver skid plate, that frames the center air intake and is now fully separated from the vertical LED fog lights. 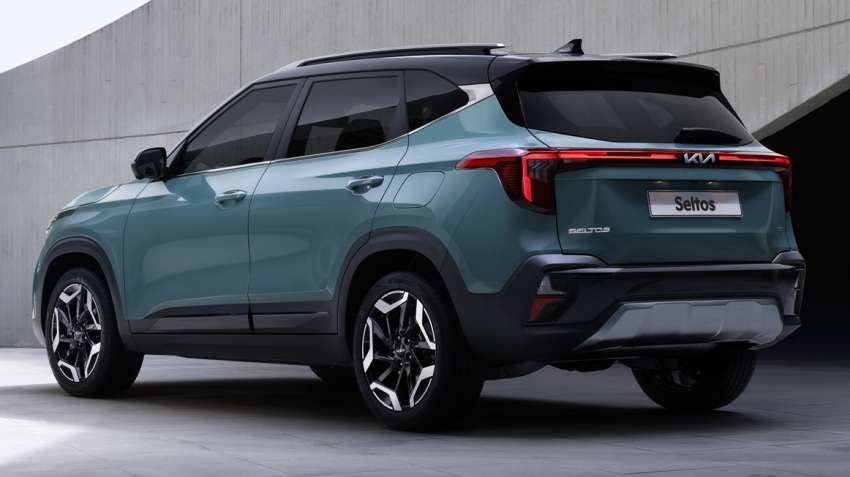 Towards the back, the Star-map graphic is mirrored in the new full-width taillights. The bumper also ditches the fake twin tailpipes in favor of T-shaped reverse lights and reflectors, and gets a silver skid plate as well as a gloss black insert. The refreshed Seltos rides on new black 18-inch wheels with machined lower edges for the spokes. 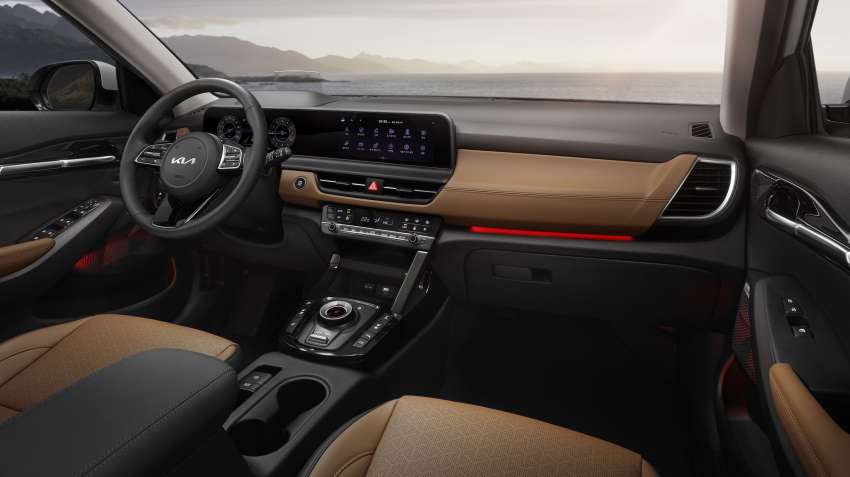 Inside, the South Korean-market Seltos receives the broad freestanding display panel found on the Indian model with the screens updated in shape of 10.25-inch displays for both infotainment and instrumentation, similar to other new breed of Kia models. Other changes include a redesigned center dashboard panel including revised center air vents, refreshed climate control switchgear and a rotary electronic gear selector.

Kia hasn’t shared the technical details yet, however Korean model is expected to retain the 1.6L turbocharged Gamma petrol engine good for 176hp/265 Nm, along with the 7-speed dual-clutch transmission as standard and optional all-wheel drive. The 1.6L diesel unit is also expected to be replaced with a hybrid variant, with 1.6L Smartstream direct-injected petrol mill good for 104hp/144 Nm, paired to 42hp electric motor and 6-speed DCT from the new Niro.