The Proton SUV is set to be launched in October this year, and as we get closer to the launch, more information about the brand’s first-ever SUV is pouring in. In the latest photos that are posted in the Proton Boyue X7 Community (Malaysia) Facebook group, an uncovered unit can be seen in the company of Malaysian Prime Minister Dr Mahathir Mohamad as well as the Deputy CEO of Proton. 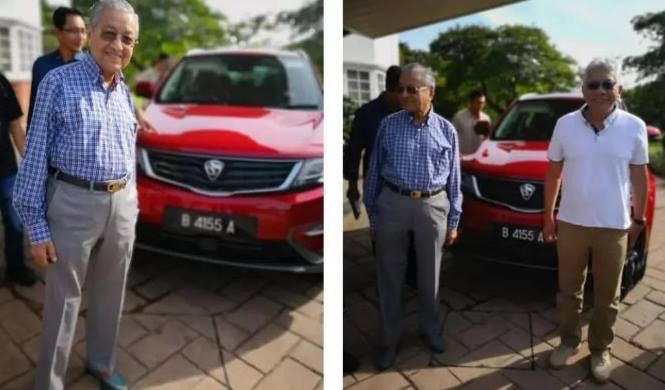 As evident in the pictures, the Proton SUV’s unique grille design can be seen that clearly differs from Geely’s signature concentric grille design. The final design is a triple-slat approach with the latest Proton logo, encased within a chrome frame that features a slight notch at the bottom.

The interior looks much like that of Boyue, as evident by the shape of the steering wheel, air-conditioning vents, instrument binnacle overhead, door cards and even the grab handles on the center console. However the infotainment system and its accompanying voice control function have been localized, as seen earlier this month. 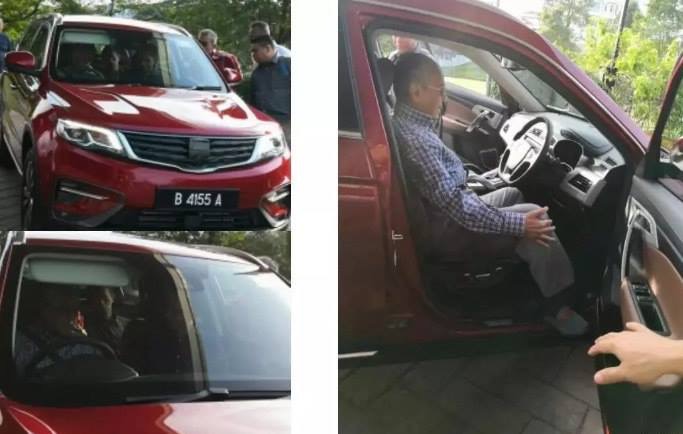 Proton’s upcoming SUV will be based on the Geely Boyue facelift, and will initially arrive in Malaysia as CBU imported form, before local assembly starts, which is slated for next year. The yet-unnamed SUV will be powered by a 1.8 liter turbocharged petrol engine with 181hp and 285Nm of torque, mated to a six-speed automatic transmission.

The equipment list might include 18-inch wheels, brown leather upholstery, panoramic sunroof, 360-degree camera and an eight-inch infotainment touchscreen. The presence of a camera on the windscreen and radar panel on the lower bumper also confirms the presence of AEB (autonomous emergency braking), LDW (lane departure warning) and ACC (adaptive cruise control), although all these features might be reserved for range-topping variants.

After the Boyue, more Geely vehicles are expected to be badge-engineered and modified according to local preferences. The Chinese automaker also intends to penetrate other Asian markets with Geely-backed RHD Proton vehicles.