Sindh Excise and Taxation Department notified new rates of motor vehicle tax through Finance (Supplementary) Act, 2022 – According to a notification, the provincial govt has doubled the existing tax on vehicles. 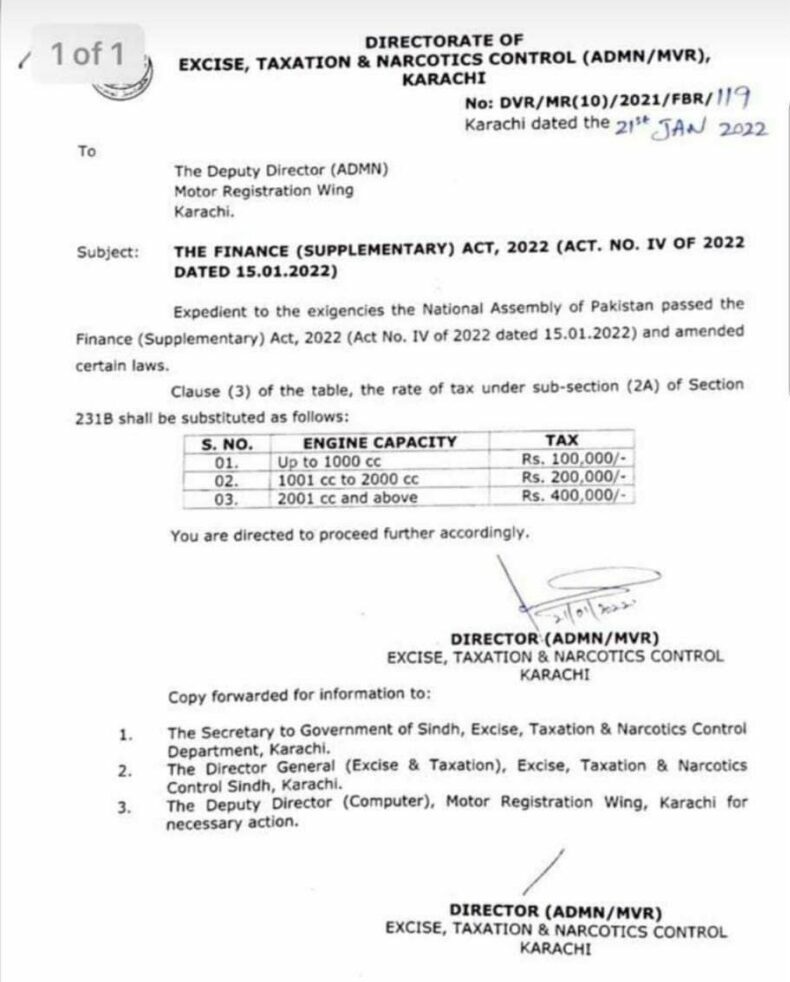 This will be another blow to the rising cost of ownership of passenger cars which have already witnessed a huge price increase courtesy the supplementary financial bill (mini budget) recently approved by the government.