New vs Old- What Do You Prefer?

Talking about the automobiles there are two mindsets that exists, “The newer, is better” & “Old is gold”. There is a large number of people who believe the new technology, newer cars are always better than the older ones, while on the other hand there is an equal number of those who believe the older ones were better than the new. As a matter of fact both the statements stand true in their own respect.

Automobile development is quite a complicated process. Each automobile consist of several hundred parts & components and can be assessed in various aspects including looks, comfort, handling, performance, economy, space, reliability and many more. Manufacturers have to cater to a variety of customers, having different preferences.  While they strive hard to come up with a better product, it is nearly impossible to develop a vehicle that excels in all parameters.

Determining whether new is better or old, largely depends on what parameter the vehicles are being compared. Built quality of the cars that were being assembled in Pakistan during the late 90s and early 2000s was better than what rolled out in later years. The interior, dashboard, quality of plastics, upholstery, fit & finish etc was better in the cars of that era. Cars that are assembled today cannot be compared to the older cars based on these parameters, but they are better in several other aspects than the older ones.

Take Honda City for example, the Third Generation City with Hyper16 valve engine was primarily loved for its handling and road grip. It was nicely styled and provided ample power for a 1300cc sedan. Its successor the 4th generation IDSI was known to be sluggish, with somewhat unusual shape.

Many people have the opinion that the old Hyper16 City is better than its successor IDSI, which stands true if you compare the acceleration, handling and the least number of blind spots for the driver in the 3rd gen City, however the City IDSI was purely designed for economy & comfort. It offered a spacious cabin, enormous luggage space, and better fuel consumption, all of which were better than its predecessor. 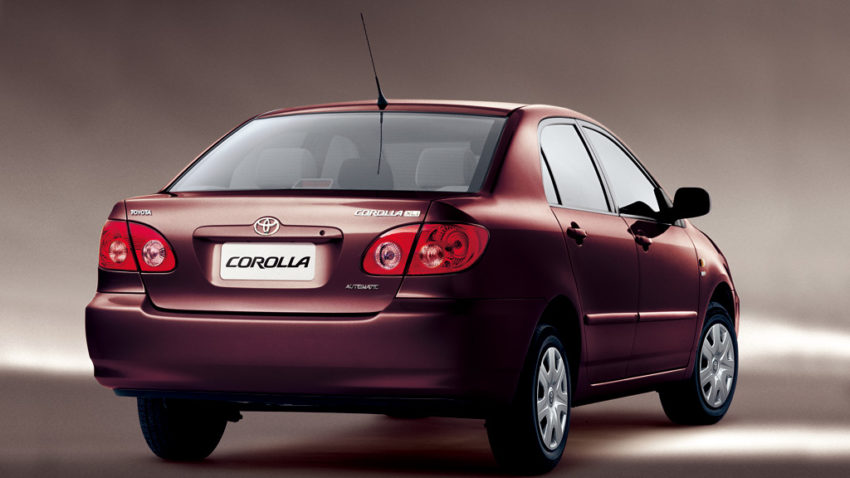 Similarly Suzuki Liana, which was the newest sedan among Pak Suzuki’s Baleno & Margalla was the least successful among all. Suzuki Margalla, despite being the oldest of the Suzuki sedans of our market is considered to be the best in terms of CNG compatibility, maintenance & spares.

Honda Civic 5th gen was a great success due to the tremendous room for modifications it offered, the 6th gen Civic that followed was better in its own respect but was never popular than a 5th gen in terms of modifications. Similar debates comparing the 8th & 9th gen Civic are common, where there are a lot of people who vote for the 8th gen to be superior than the 9th gen, there are equal number of those who prefer the newer 9th gen over the older 8th.

While the ‘Old is gold’ theory stands correct considering the above examples, it should not be an excuse to shy ourselves from the new. With limited purchasing power and the fear of losing money, many people initially criticize the new, but favor the same when it gets old.

When the front-wheel drive cars appeared in our market in early 80s, people & particularly the mechanics of our market initially labeled them flop but as the years progressed, they adapted to the change.

The car mechanics and technicians, who are the primary source of advice for an ordinary buyer, have faith in older technology. This is because they don’t have to invest in new, they don’t have to learn the new either, and since most of the vehicles including cars and motorcycles are being developed using older technology, they can generate good money without having the need to update, thus their faith in old is still strong.

Wagon-R sales are recent example of this mindset; people initially hesitated to go for the new. Pak Suzuki Wagon-R replaced the 1000cc Alto in 2014 and while average sales of Alto were well above 11,000 units per annum when it was discontinued in 2012 (sold 13,4011 units in 12 years- pama.org.pk), the Wagon-R however sold just 1,621 units in 2013-14 and 5,246 units in 2014-15 but improved in its third year of production by selling more than 9,000 units. Despite under production for almost 4 years now, the annual sales of Wagon-R is yet to exceed the number of Alto sold in a year.

It entirely depends on what basis the comparison of the vehicles is made. One vehicle will always be better than the other in terms of a specific aspect. The debate of “New vs Old” will never end, new vehicles will keep coming, they will have something good to offer & perhaps a few short-comings too. But the fact remains, the Old which is now Gold was once New!