Japanese automaker Nissan has announced to discontinue the Datsun brand in India, 9 years after the company kicked off the marque’s global relaunch in the country.

Having badly failed in Datsun’s ambitious global relaunch, Nissan in 2020 had discontinued the brand in Russia and Indonesia, the other two countries along with South Africa and India which were marked as key markets targeting the entry level car segment. Confirming the move to discontinue the Datsun brand, Nissan India in a statement said:

“Production of Datsun redi-GO has ceased at the Chennai plant. Sales of the model will continue till the stock lasts. We can reassure all existing and future Datsun owners that customer satisfaction remains our priority, and we will continue to provide the highest levels of after-sales service, parts availability, and warranty support from our national dealership network.”


The discontinuation of the Datsun brand is a part of Nissan’s global transformation strategy which was announced in 2020. Under the global transformation plan, Nissan had said it would kill the Datsun business in Russia and streamline operations in some markets in the ASEAN region. It had also announced to cease manufacturing operations in Indonesia. 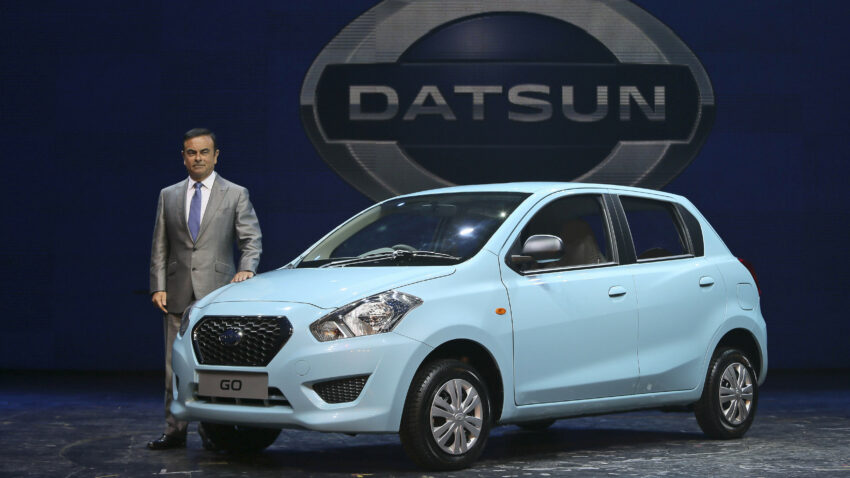 In July 2013, the Nissan had globally relaunched Datsun with the launch of entry level hatchback ‘Datsun Go’ in India, reviving the brand 32 years after it was phased-out. In the following year Datsun launched two more models – redi-GO and compact multi purpose vehicle called Go+. However, the brand failed to make its mark not just in India but every other market where it was sold. Although Datsun cars were cheap, affordable and to-the-purpose, it was the sort of love-it-or-hate-it design that kept bulk of the buyers away.


Related: New Datsun Redi-GO the Cheapest Car of the World?

Ghandhara Nissan (GNL) with Brownfield investment status were in process of introducing the Datsun range of vehicles in Pakistan. However after taking an awfully long time to launch these cars, the company announced to put the Datsun project on hold citing volatile economic conditions of the country. As a matter of fact, because of the troubles the parent company (Nissan) was going through, and the closure of Datsun’s production facility in Indonesia, GNL was never in a good position to launch Datsun cars in Pakistan. The few test vehicles that we keep on seeing on the internet were the same 2015 model units that were imported back in 2016.