National Logistics Cell (NLC) on Monday unveiled plan to set up a logistics park to facilitate trade and industry at the proposed special economic zone in Dhabeji.

Sindh Board of Investment (SBI) and NLC signed a memorandum of understanding to set up the park within the proposed China-Pakistan special economic zone (SEZ), 80 kilometers from the airport. 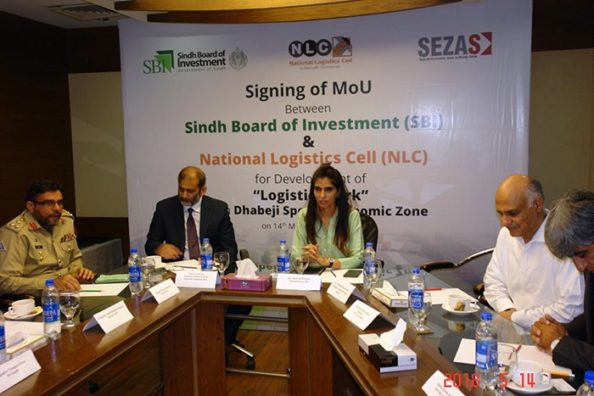 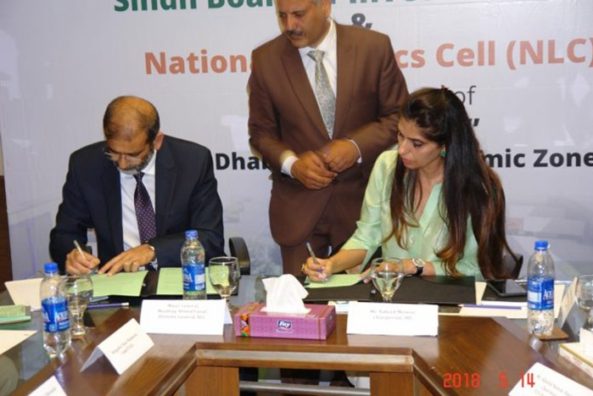 “Through this agreement both sides will actively carry out the engagements for establishment of the Logistics Park, in accordance with the master plan and feasibility study of the China-Pakistan Special Economic Zone Dhabeji.”

Under the agreement, SBI would promote and extend possible facilitation to NLC for its role as Logistics Park’s management organisation with the collaboration/partnership of foreign commercial enterprises and designated Chinese enterprises, having experience in establishment, operations and management of a world class special economic zone of such nature. The zone is to be set up over 1,000 acres in Thatta and one of the trade-designated SEZs proposed under China Pakistan Economic Corridor (CPEC). SBI Chairperson Naheed Memon said: