Pak Suzuki has suspended booking of some of its models with immediate effect. In a notice sent to its dealers, the company has instructed not to accept booking of the below mentioned vehicles. 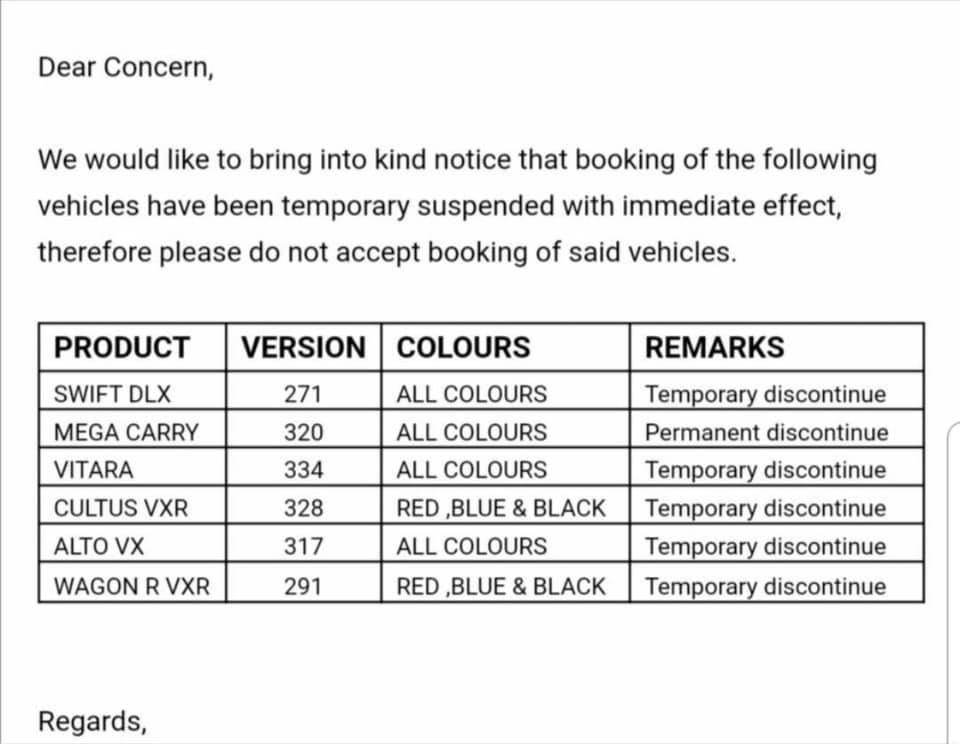 Three colors in Cultus VXR and Alto VXR have been temporarily discontinued, whereas Alto VX, Vitara and Swift DLX have been discontinued irrespective of colors. Interestingly according to the notice, the Mega Carry has been permanently discontinued.

Related: Car Sales Dipped 41% in the Month of August

Although the company hasn’t given any specific reason of discontinuation of these models, it is largely believed to be the slow demand and critically declining sales. According to PAMA sales chart, only 164 units of Swift were sold in August 2019. Wagon R which was once considered as the best selling Suzuki hatchback struggles to achieve 645 units in August 2019 whereas it sold 2,450 units in the same month previous year.

Whether Pak Suzuki will resume accepting bookings of these vehicles is yet unknown at this stage. Stay tuned to CarSpiritPK for more information.