The ongoing slowdown in car sales has affected sales of several vehicles in Pakistan; however the one severely hit is undoubtedly the Suzuki WagonR. Once known as the bestselling car (after Mehran) in Pak Suzuki’s lineup, the WagonR is suffering from a horrific 72% decline in sales.

Related: Winners and Losers of January 2020

Now having made some slight recovery in December 2019, the sales of WagonR has again declined in January 2020 hitting rock bottom with just 567 units sold according to the data by PAMA (Pakistan Automobiles Manufacturers Association). This is also its lowest-ever sales figure since the tallboy hatchback was introduced in Pakistan back in 2014.

Despite the fact that Pak Suzuki has introduced a new AGS variant recently, the sales of WagonR are yet to recover. To counter this Pak Suzuki is now offering ‘free registration’ with the Wagon R. This offer will remain effective between 11th February and 31st March 2020. 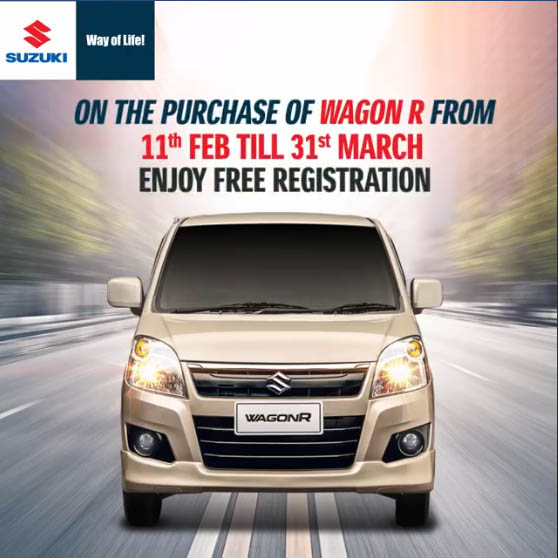 Whether this move will revive the ailing sales of Suzuki WagonR in Pakistan, we will have to wait to find out. However there is still no price cut announced despite Rupee recovering by 6% against the US Dollar. The Pak Suzuki Wagon R variants retail at: