Porsche Taycan EV has set a new Guinness Record with spinning 69 donuts in a row. The record was set on a frozen sea at the 2022 Race of Champions in Pitea, Sweden.

Behind the wheels of the all-electric Taycan was skilled stunt driver, Terry Grant who is well-known for his daring stunt driving and notable antics such as navigating a Land Rover while balancing on only two wheels or setting world records for driving a car through the largest loop the loop, Grant is no stranger to setting records for adrenaline-fueled motoring escapades. 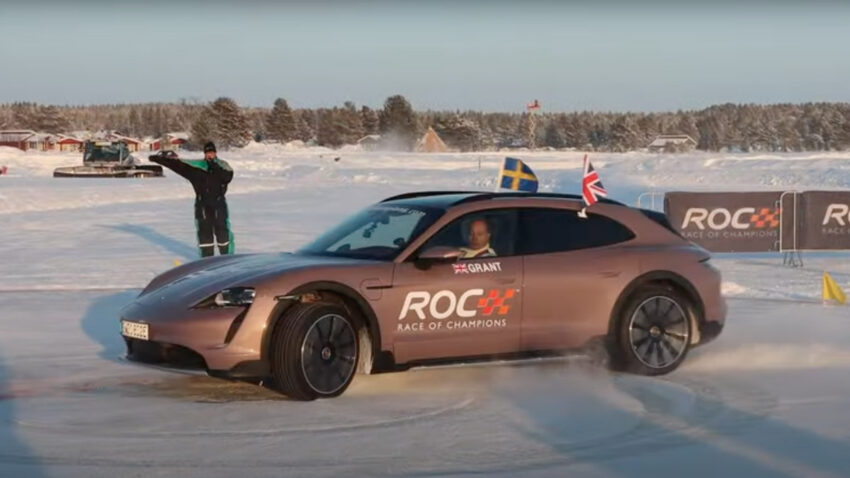 The Porsche Taycan Cross Turismo to create the record was all stock, wearing studded winter tires. In order for the record to be considered, a successful donut would have to be a continuous spin within a circle that is twice the length of the car, but no more than that.

The icy terrain hampered the first attempt as the snow was reportedly being kicked up and covered a sensor that resulted in the car shutting down. Grant commented that the sensor could have thought that the car had been involved in an accident and shut the car off. Alongside the unfavorable conditions was the icy surface that had been worn down by the constant friction caused by the tires, which slowly ate away at the floor causing the area to become uneven and difficult to maneuver. 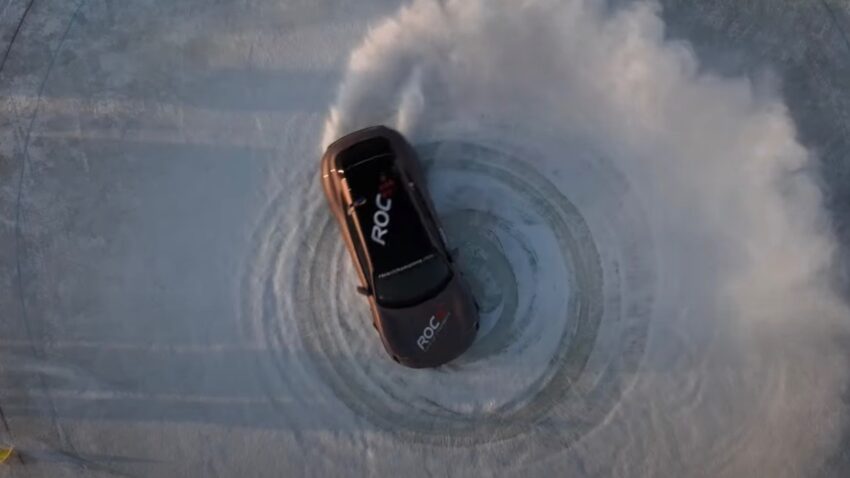