Another Price Increase Anticipated as PKR Nosedives to Record Low

Auto assemblers are in process of constantly revising car prices in Pakistan. During the last couple of years, we used to witness at least 4 price revisions by an assembler during one year, however since the beginning of 2022, prices have already been revised 3 times within a span of just 4 months. From the looks of it, in near future car prices will go up before you need a haircut.

Assemblers have always squarely put the blame on input costs including rapidly depreciating currency value as well as rising raw material & shipping costs since majority of what needs to put together a local assembled vehicle has to be imported from abroad. Government however has shown its displeasure on various occasions on the frequent price hikes and has recently asked the assemblers to share their cost structure, and justify price increase. Government has also threatened to initiate regulatory measures, which include fixation of prices under the Price Control and Prevention of Profiteering and Hoarding Act, 1977.

However without controlling the Rupee depreciation it seems very hard to control car prices, although a proper audit is needed to make sure whether the forex impact is rightly transferred to the consumers. The PKR has now reached a record low of 189.3 against the US Dollar as of 10th May 2022, with no control to stopping the slippage in sight. Looking at the circumstances its highly likely that automakers will announce another price revision before the new financial budget is presented.

Prices of new cars have already gone out of the reach of majority and even its almost impossible for a common man to opt for a brand new car via bank financing. The presence of large number of scalpers in the market who intend to make profit out of each deal, remains a big challenge which no government seems to be serious to control in an effective way.

The insanely high new car prices have also impacted the used car market, with majority of vehicle which are hardly couple of years old are being sold way above their invoice price. The automobile market has become really weird in recent years, and it continues to morph into an even bizarre state. Whether allowing used-imports will prove to be solution in bringing the prices of new cars to a somewhat realistic level, since presence of JDMs have always kept the prices of new cars in check. 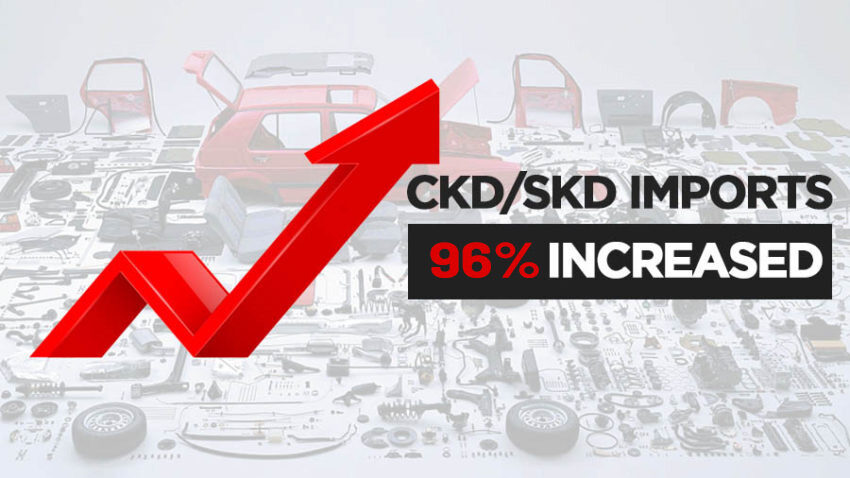 However another challenge for the government is to control the outflow of foreign reserves, which are critically low in today’s circumstances. Most of the blame goes to the ballooning CKD/ SKD imports by the assemblers, however they blame the import of few thousands used cars as the reason behind the mess. Its sort of a never-ending blame game but no concrete measures have yet been made to increase the localization in true means which would eventually lessen the dependency on import bill.

For how long this streak of steeply increasing car prices will continue, no one knows. But from the looks of it, the trend will continue in the days to come.