A massive increase in car imports has opened a debate in the auto market whether the arrival of used cars is again on the rise or it is due to the import of 12,000 units by MG & other new entrants. According to the figures released by the Pakistan Bureau of Statistics (PBS), the import of cars in completely built-up (CBU) form swelled by 50% to $244 million in July-March 2021-22 from $163m in the same period of previous fiscal year.

The Federal Board of Revenue (FBR) in 2021, after opening an enquiry against MG for under-invoicing of vehicles, cleared the issue by saying that the case was false. However recently, the Public Accounts Committee (PAC), which called a meeting on a single point agenda has directed the FBR to re-probe the matter thoroughly and submit a report within 30 days. In response to the re-opening of probe, Javed Afridi took to Twitter and said “We welcome this & ready for any kind of investigation. We have the right to defend ourselves & will prove that all transactions are absolutely legal/valid. By doing this you are also a part of conspiracy against Chinese investment in Pakistan. Let truth prevail.”

According to an MG Motor official, the total imports relating to parts and accessories and CBU is 3% of the country’s total import bill. However the import of completely and semi-knocked down kits (CKDs/ SKDs) by local assemblers accounts for 86% of this share, with the rest going to the import of new and used cars. He claimed that used-cars accounted for 90% of the total import bill of $244m in 9MFY22. The official said 22,000 used cars had landed in Pakistan under various schemes in 2021, to which the government was not ready to respond.

The official also revealed that MG Motors has not yet received a manufacturing license since it applied in September 2021, adding that the company intends to start local assembly after getting the license. The total investment in MG assembly is $100m. He said officials of the Engineering Development Board (EDB) are reviewing the Phase I site in Lahore, while the Phase II site is under construction. 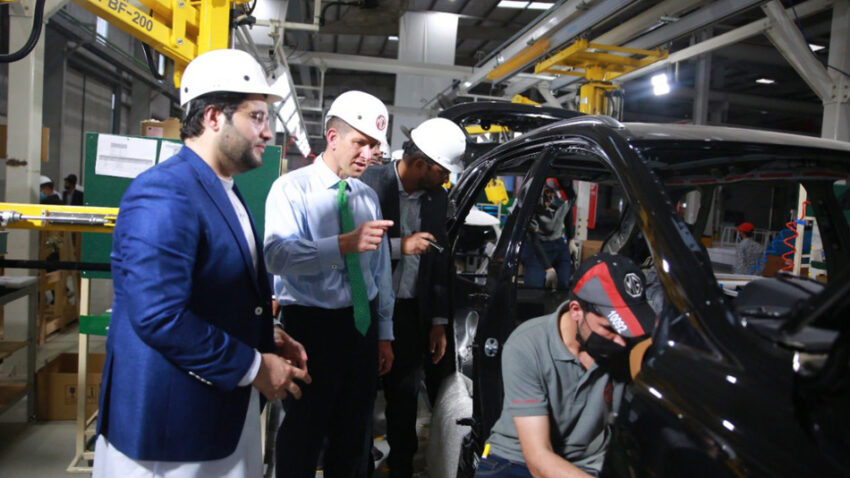 The MG official also said that the MG investment of $100m is being targeted even after the conclusion of the case by FBR. A lobby is working against Chinese investments in Pakistan with the sole purpose of discouraging growth in Pakistan through Chinese support. He said CBU vehicles are also being imported into Pakistan by other automotive players at a cost and freight much lower than MG HS, even after the global freight increase, but no such allegation or investigation has been initiated against them.

He also blamed the import of used-cars under different duty regimes that have been imported into Pakistan without any warranty or after-sales service, which is a blatant misuse of the gift scheme, transfer of residence and personal baggage. MG official said the commercial import of a brand new vehicle with after-sales support and warranty is being targeted even after paying all applicable duties and taxes.

According to MG official, their company has redefined the vehicle specification and safety trend, forcing the existing automotive players to offer better safety specs. For example an existing automotive brand had to offer 6 airbags in its new model change, he pointed out. The MG official said all the SUVs like Toyota Rush, DFSK Glory and Proton X70 etc have been imported and cleared at declared values, whereas only the value of MG vehicles has been enhanced and extra duties and taxes up to Rs 1.1 billion have been recovered from the importer of MG vehicles.