Celebrating the 20th Anniversary of “Sally Carrera” – one of the stars of the animated film series, Cars – Porsche and Pixar are collaborating to build a modern-day reincarnation of the famed 2002 model 911 Porsche-bodied female lead. The fully functional vehicle will be auctioned at a future date to raise money for charities that help children.

The car is being designed by Porsche Exclusive Manufaktur and Style Porsche with the help of members of the Pixar team behind the movie led by Cars Production Designer, Bob Pauley, and Creative Director, Jay Ward. For the film, the team at Pixar altered the iconic sports car and brought Sally to life by shortening the vehicle’s wheelbase, increasing the size of the windscreen, and simplifying the exterior (e.g., removing small accessories such as windshield wipers). In addition, Sally was given lifelike human eyes and a petite mouth, yet the instantly recognizable shape of the Porsche 911 was retained. 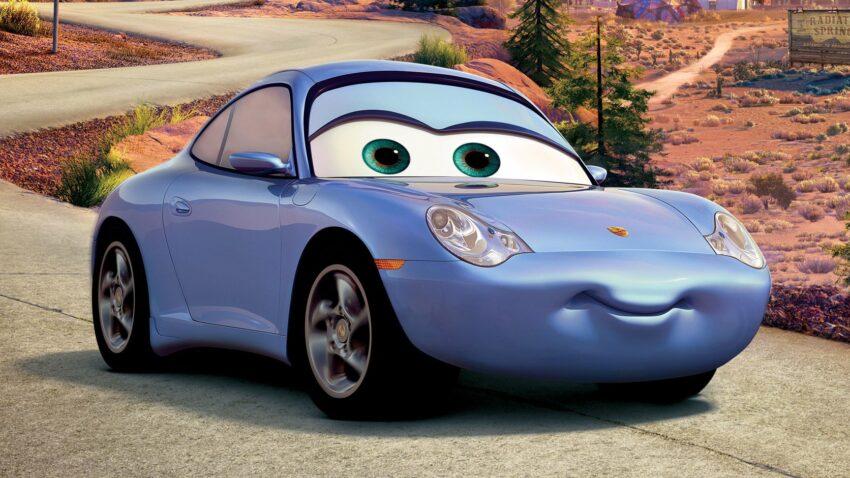 Two decades later, the car that comes from this collaboration will be the new 2022 Carrera and not the original 2002 model as in the movie, the car will be drive-able, while still inspired by Sally Carrera, but not a direct copy of it. The objective isn’t to create a clone of 2002 Sally but to incorporate what Sally would look like today. 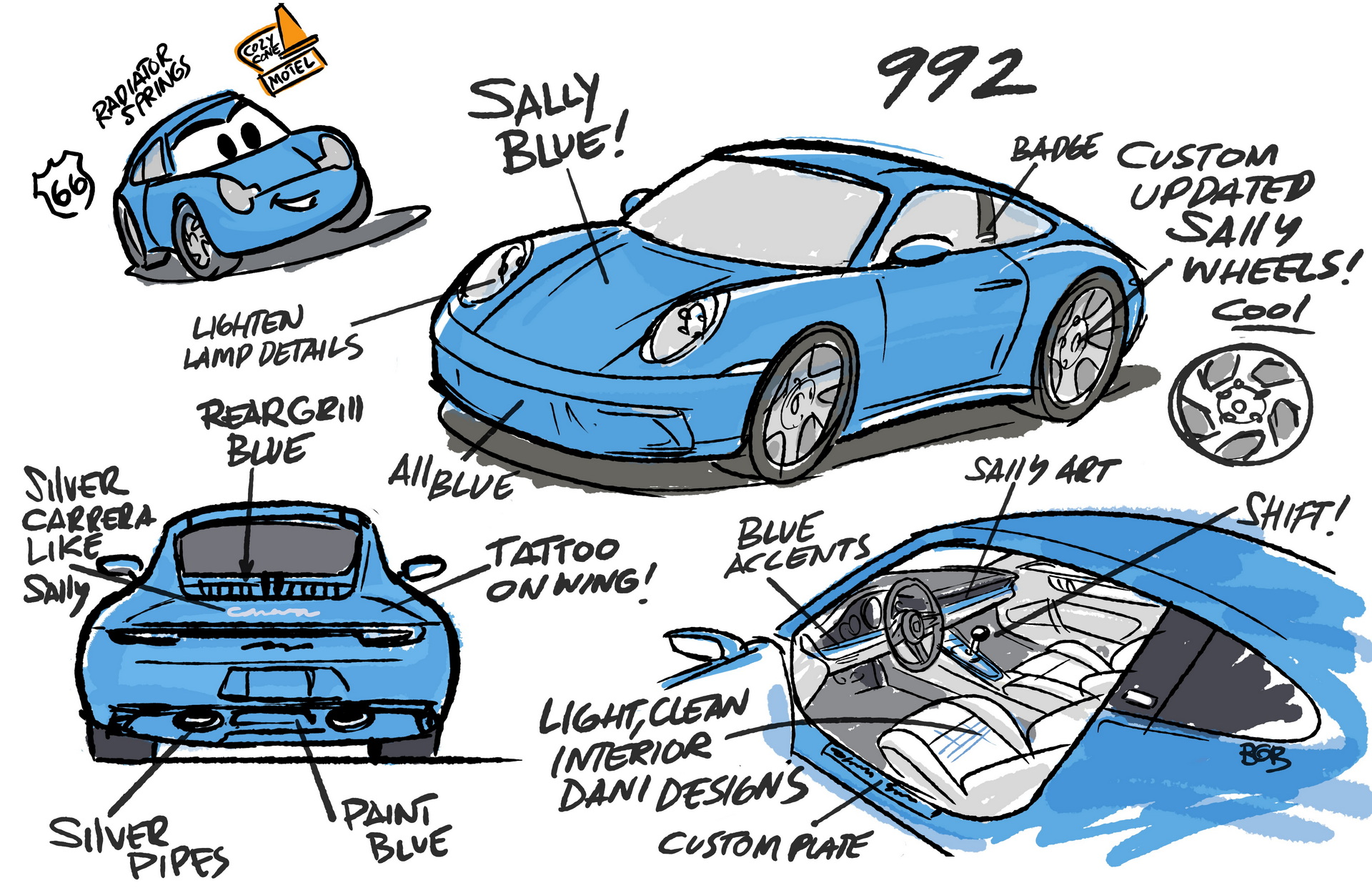 According to Porsche, the special model will feature a number of bespoke parts and unique additions. A sketch shared by the automaker seems to suggest that Sally Carrera’s pinstripe tattoo will be incorporated into the design, custom wheels will be mounted on the car, and it may have a manual transmission. And of course, the car will be painted in Sally Blue metallic color. 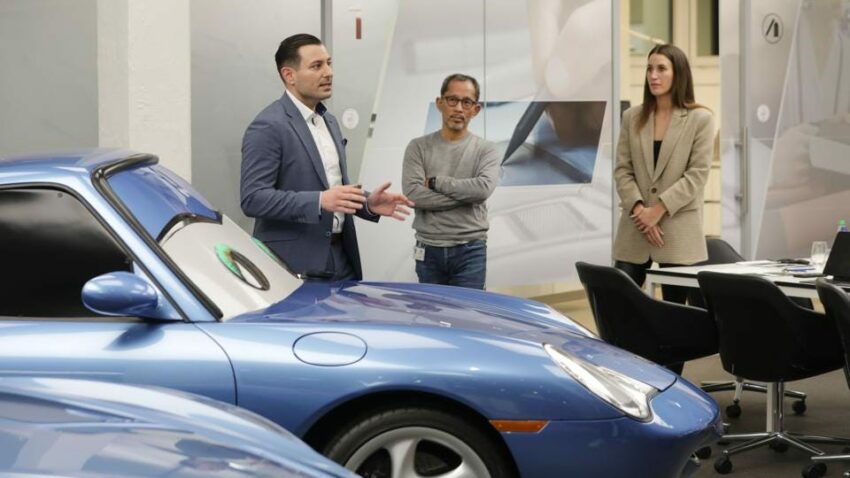 “It’s been an honor to start designing a modern-day Sally with the creative icons behind the original character. The collaboration between Pixar and Porsche is a first of its kind and quite fitting the Co-Creation approach of the recently announced Exclusive Manufaktur Sonderwunsch program that allows customers to realize their dream cars. Whoever gets the keys to this special road car will enjoy many great road trips.”