Prince William and Catherine Middleton are moving around in BYD vehicles in their ongoing trip to the Caribbean. Bahamas is their third stop on the tour. On arriving at the airport, the British royal couple was welcomed with a convoy of BYD cars consisting of Tang EV and Han EV.

It is pertinent to mention that BYD cars are the official state cars in the Bahamas. These BYD cars have a crown sign on a number plate. This is considered a huge achievement for the Chinese brands and is considered as an accomplishment for BYD according to the Chinese motoring media.

BYD has made phenomenal progress in international automobile market within a very short span of time. It is one of the most advanced tech companies originating from China and considered the pioneers in making electric & plug-in hybrid vehicles. Keep in mind BYD’s F3DM is the world’s first mass produced plug-in hybrid automobile that was released in 2008. And now carrying the royal family around, will only increase the prestige & enhance the reputation of BYD. 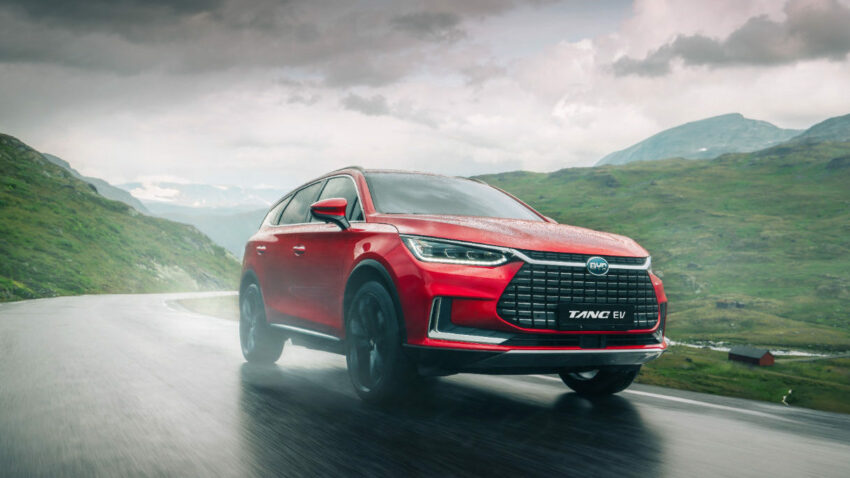 Talking about the vehicles, the BYD Tang is a 7-seat electric SUV and comes available in single as well as dual motor versions. The single motor front-wheel drive version has a power output of 245 hp, while the dual motor version delivers 517 hp and 680 Nm and can reach from 0 to 100 km/h in just 4.4 seconds. With a battery capacity of 86.4 kW, the BYD Tang boasts a drive range of up to 565 km in a single charge, as per the NEDC test cycle. 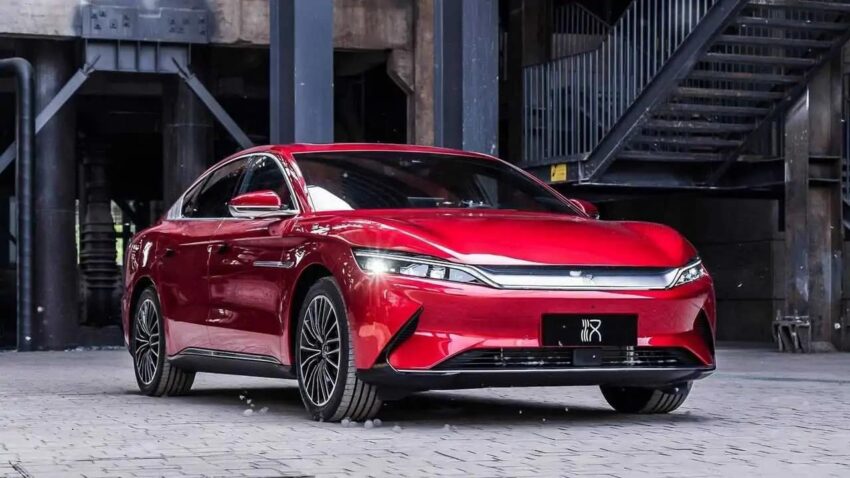 BYD Han on the other hand, is a mid-sized electric sedan that too comes with single and dual motor versions. The single motor punches out 222 hp whereas the dual motor version churns out 494 hp and can accelerate from 0 to 100 km/h in 3.9 seconds. The Han EV is equipped with 64.8 kW and 76.9 kW battery packs and delivers a driving range of up to 506km and 605 km on NEDC respectively.