Al-Haj Proton has finally launched the much awaited X70 SUV in Pakistan. The launch took place in a digital event streamed on Proton Pakistan’s official Facebook page, days after the SUV was unveiled to media on the 9th of December. 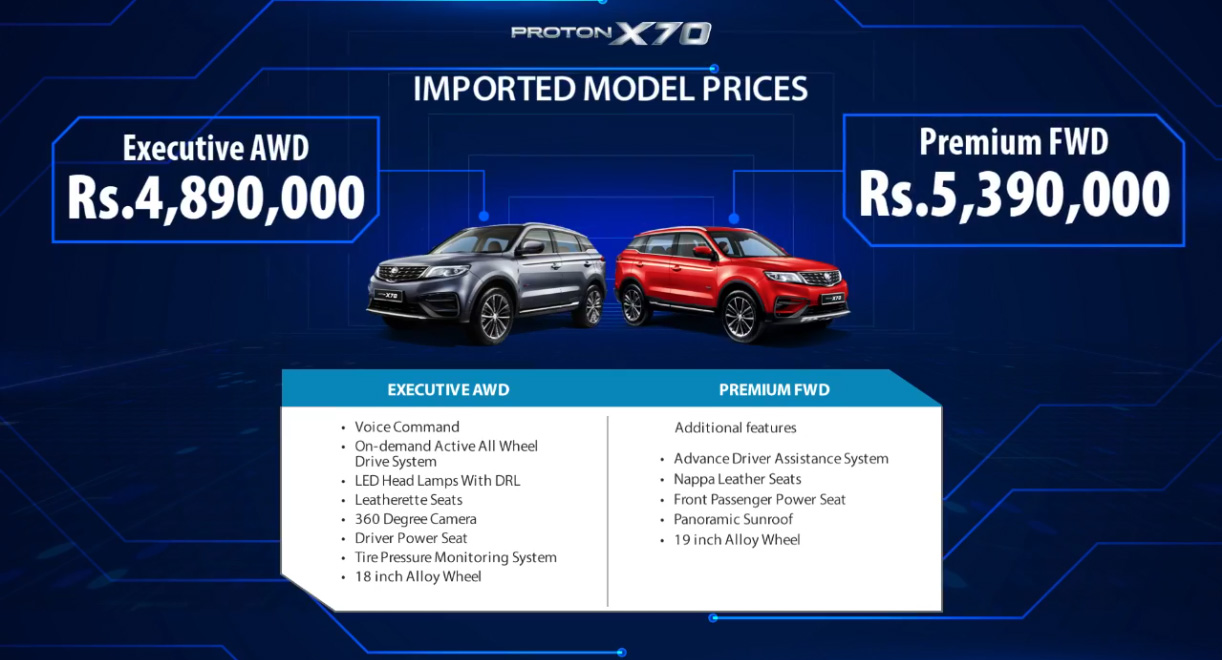 Available in two variants, the Proton X70 is priced at PKR 48.9 lac for the Executive AWD variant and PKR 53.9 lac for the flagship Premium FWD version. However these prices are specific to the initial units as the vehicle is being imported from Malaysia as CBU. The company is targeting to commence local assembling before June 2021 at their plant that is being constructed in Karachi. 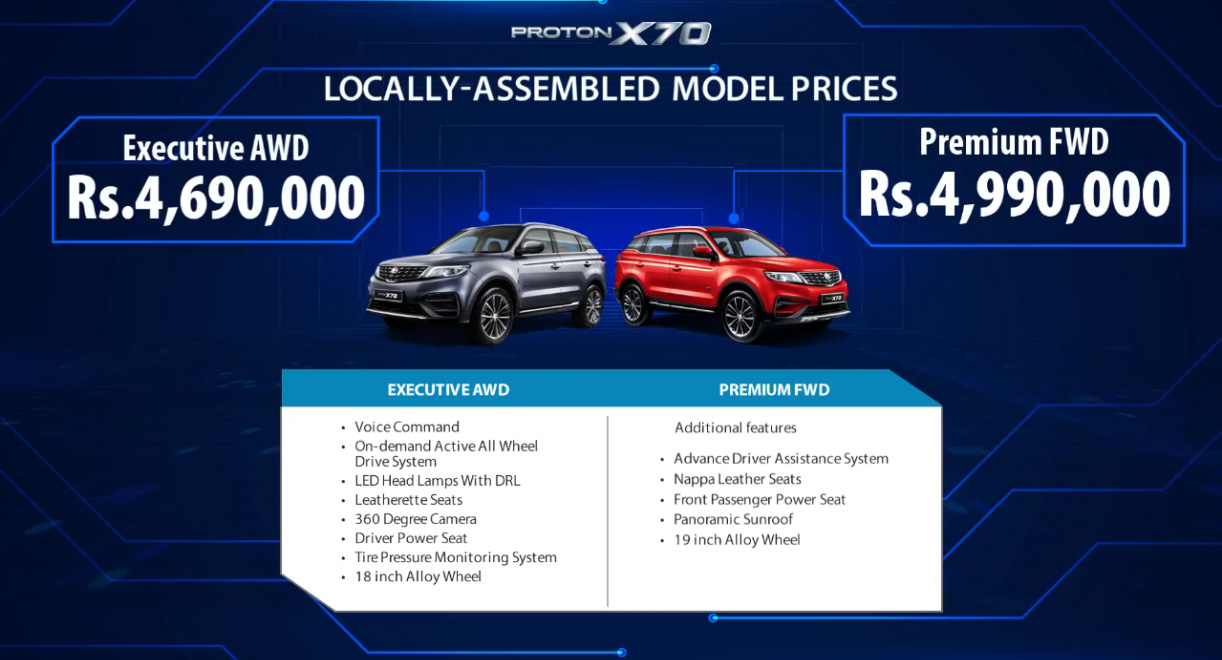 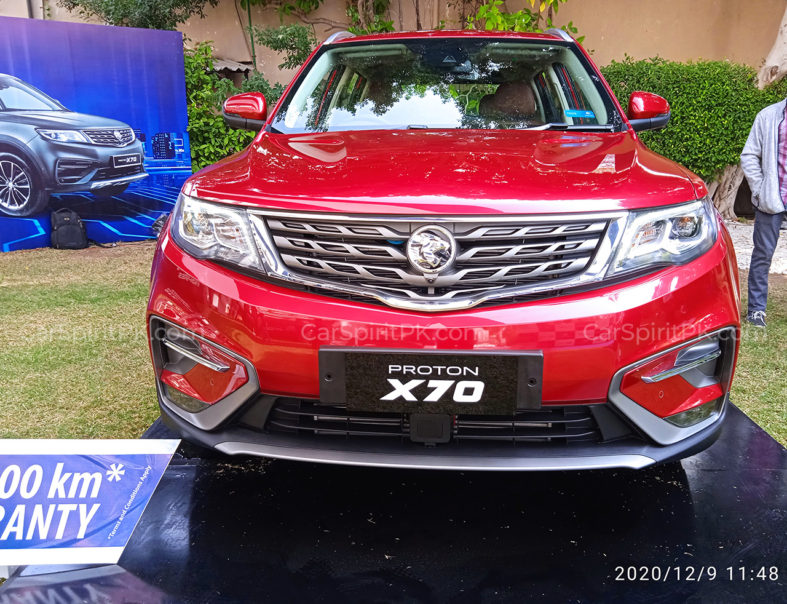 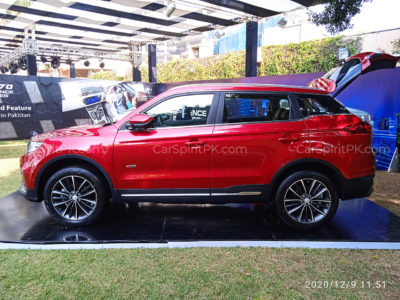 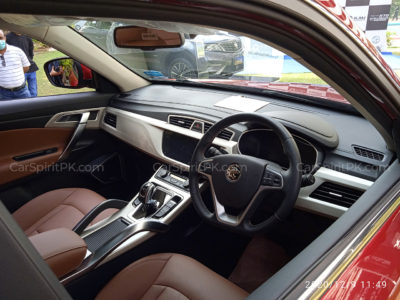 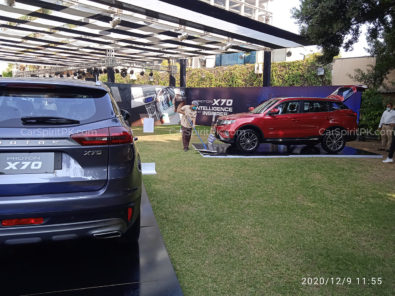 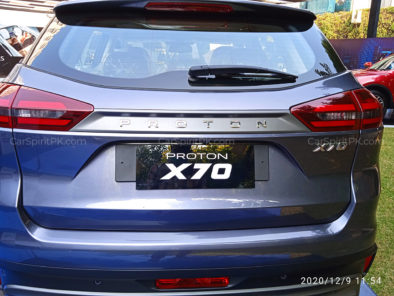 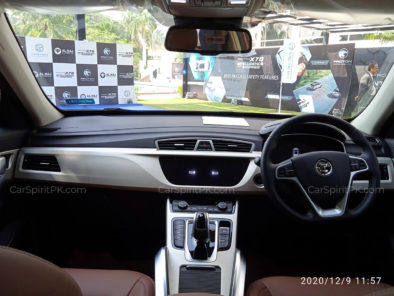 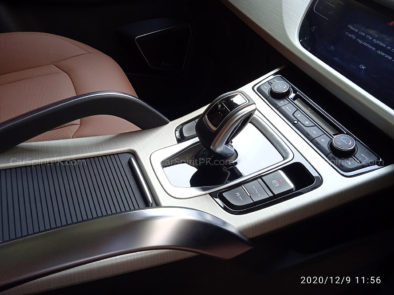 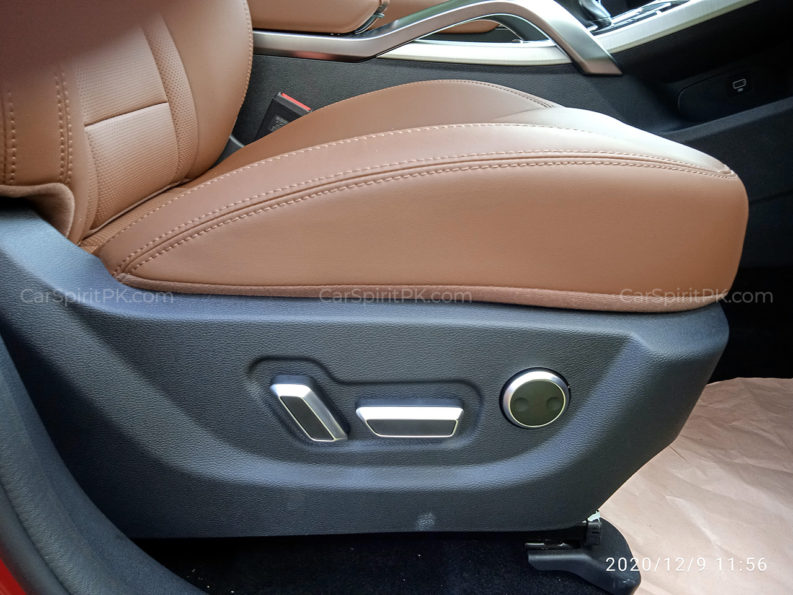 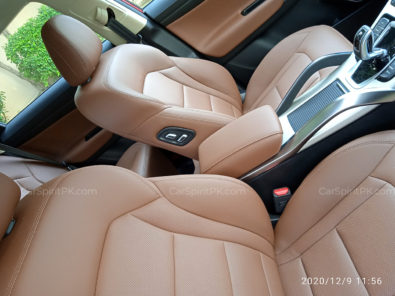 Under the hood, the X70 for Pakistani market gets powered by the award winning 1.5L turbocharged engine that was co-developed by Geely and Volvo. More powerful (176hp/ 255Nm) than the naturally aspirated 2.0L units (155hp/ 196Nm) found in Kia Sportage & Hyundai Tucson, the engine comes paired to a 7-speed dual clutch transmission. Proton X70 is backed by 5-years/ 100,000 km warranty which is an industry-first & is touted as company’s efforts to deliver the best service to its customers. The Proton X70 will go against the likes of Kia Sportage, Hyundai Tucson and upcoming MG HS and DFSK Glory 580 Pro in the compact crossover SUV segment which is becoming increasingly competitive in recent times.

More images of the Proton X70 can be viewed at: