Toyota has launched a sportier iteration of Vios dubbed as GR-S with the introduction of XP150 facelift in Malaysia. Bear in mind the hatchback version of XP150 is called as Yaris in Malaysian market whereas the sedan version is sold with a Vios badge.

Toyota has been racing the Vios sedan in nationwide one-make race in Malaysia for three seasons now but UMW Toyota Motor (UMWT) the Malaysian arm of the Japanese automaker never had a sports version of Vios sedan in its showrooms. However now there is one! 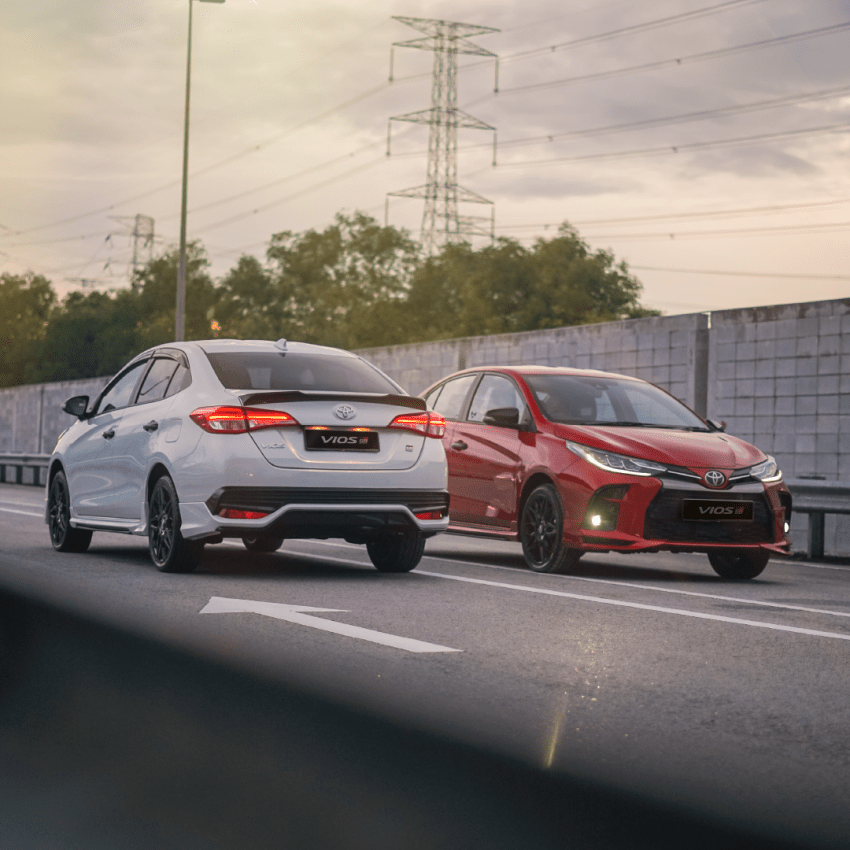 Based on the 2021 Toyota Vios facelift, the GR-S is a locally-engineered model and the first Toyota to wear the GR Sport badge in Malaysian market. Keep in mind the performance models by Toyota are recognized with GR moniker which is a short form of Gazoo Racing.

The Japanese automaker had announced in 2019 to offer a performance version of each of its core models even including some of the hybrid models. This was part of Toyota’s plans to drastically change its image and consumer perception, to be known as an automaker that’s capable to produced adrenaline-rushed fun to drive performance cars in addition to the reliable & to-the-purpose vanilla cars. 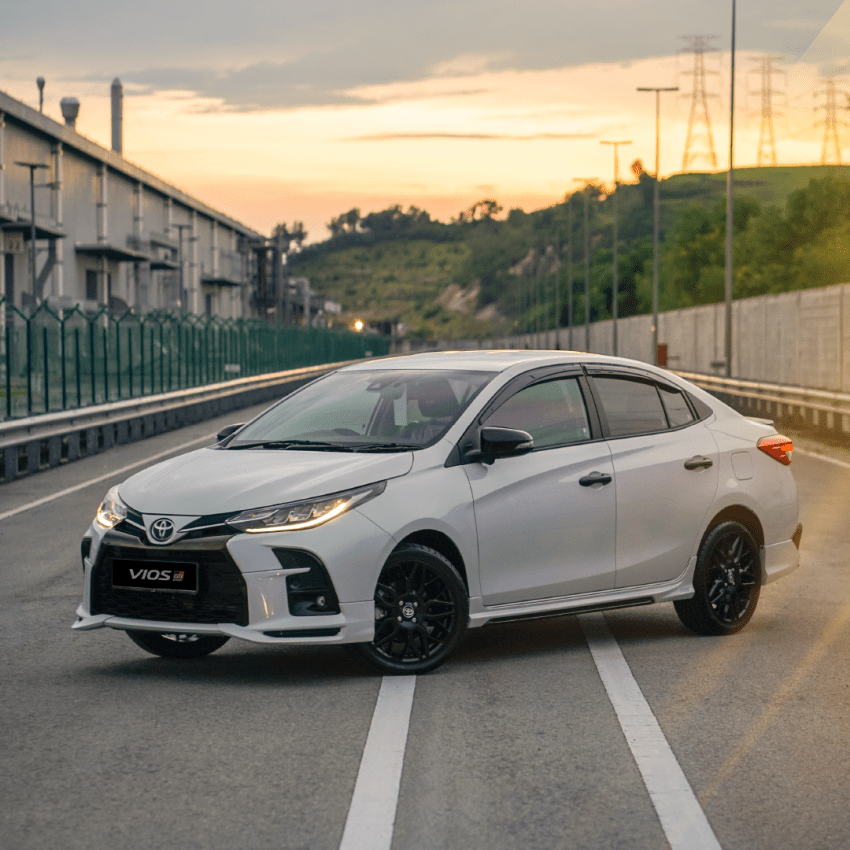 The Vios GR-S isn’t just a cosmetically enhanced version but boasts performance augmentation too. The enrichment starts from the “10-speed CVT” with steering paddle shifters. According to Toyota the 10-speed stepless configuration improves the response by keeping its 1.5L NR Dual VVT-i engine (106hp/140 Nm) in a higher RPM range.

Then there is a sports-tuned suspension “for both increased handling and confidence in high speed as well as comfort” as described by Toyota.  The Vios GR-S also gets 17-inch black multi-spoke wheels with 205/45 tires, the largest ever fitted to a factory-spec Vios. 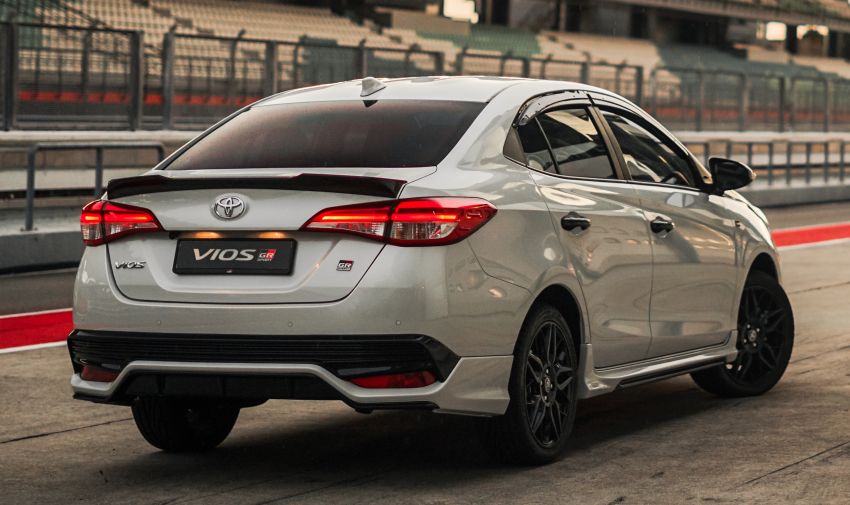 The exterior of Vios GR-S is differentiated from the regular facelift models with an aerokit having a front bumper that’s reminiscent of the 4th gen GR Yaris with honeycomb mesh pattern, a rear bumper fitted with an integrated diffuser, a black boot spoiler, GR emblems, side skirts with “10-speed” badges and black side mirrors/door handles.

Related: Will Toyota Yaris in Pakistan Maintain Its Dominance?

Inside, the Toyota Vios GR-S comes with sports seats in a leather and suede combination with red stitches. GR logos are there on the front seat head rests, floor carpets and push start button. Leather is used on the steering wheel and gear shift knob. The Optitron meter gets red panel & red needles instead of blue-white ones in regular variants, while exclusive GR animation is there on the 4.2-inch multi-info display. 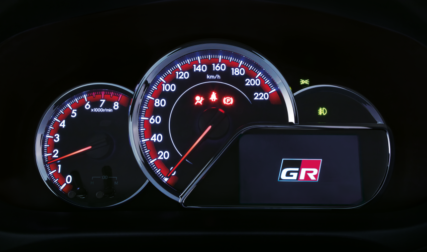 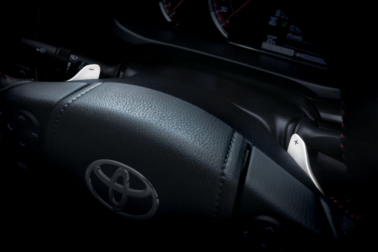 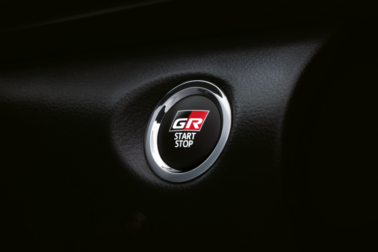 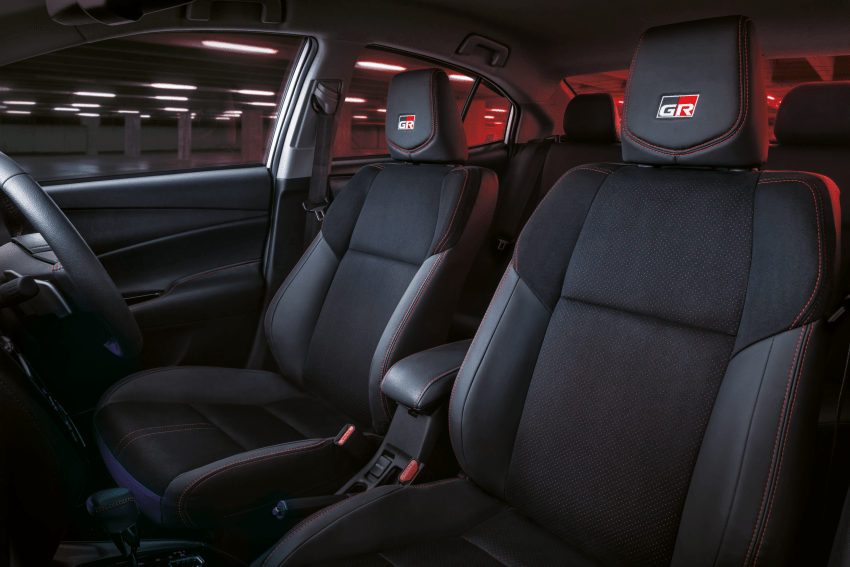 “This is a very special model for several reasons: it was developed locally, it was inspired by the success of the Vios Challenge, and above all it had to meet with all the criteria of what the GR brand represents before becoming truly worthy of being bestowed with a GR badge.” 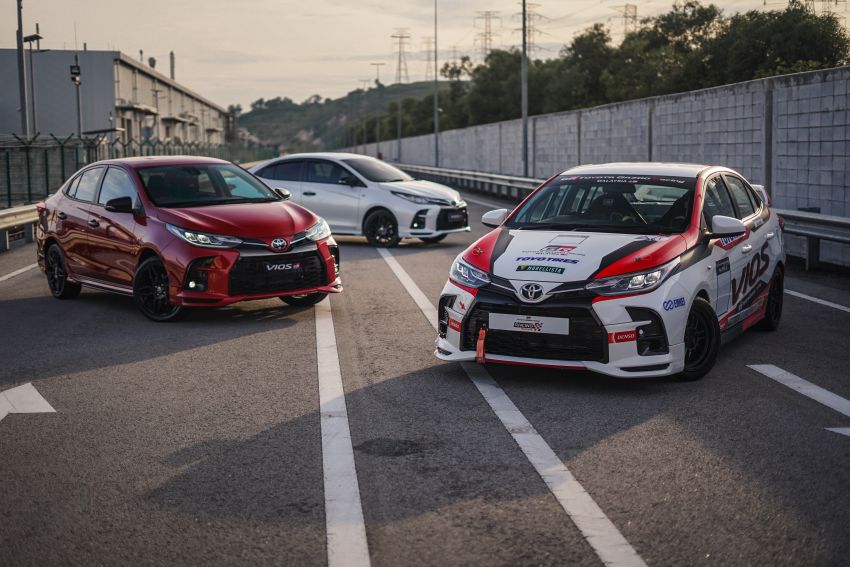 “It is a shadow of the actual Vios Challenge race car. It’s a refined version of the race car. The Vios GR-S is not just about outright performance or purely handling, but more importantly, it is a car that is able to deliver great driving enjoyment and pleasure. It’s a car with a lot of character, it’s a lot more engaging, and has better steering feedback. The availability of a 10-speed CVT transmission may sound too much, but for a 1.5 liter, it allows the car to be driven at the optimum power band and keeps it spirited throughout the RPM.” 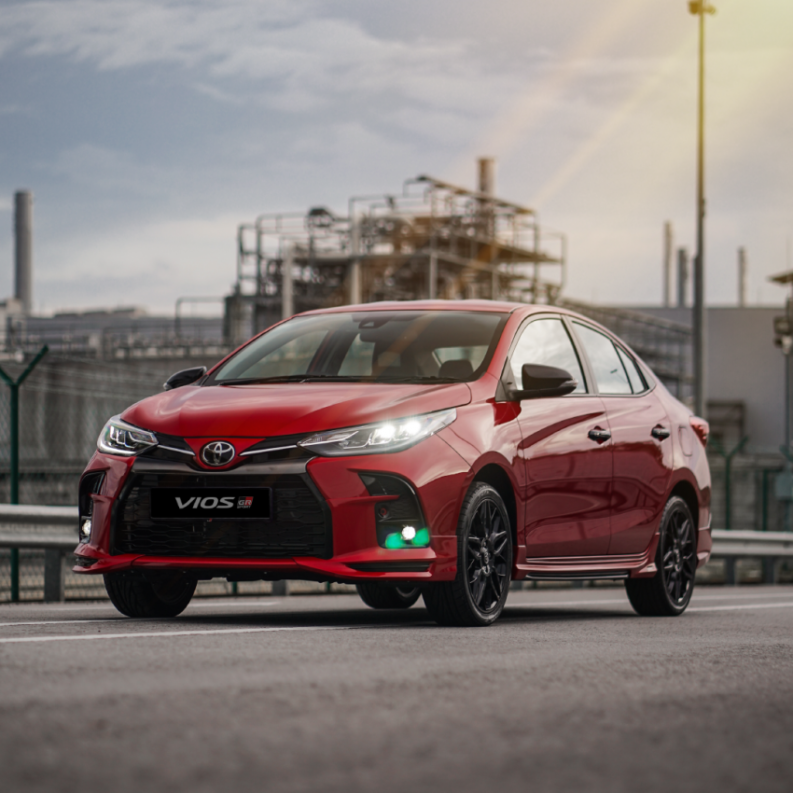 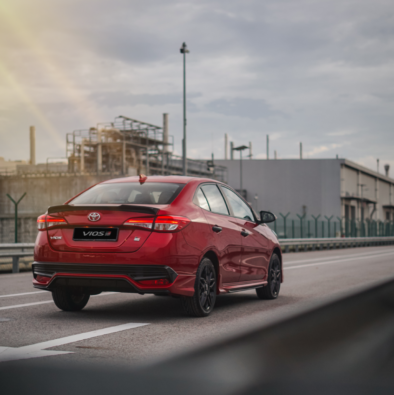 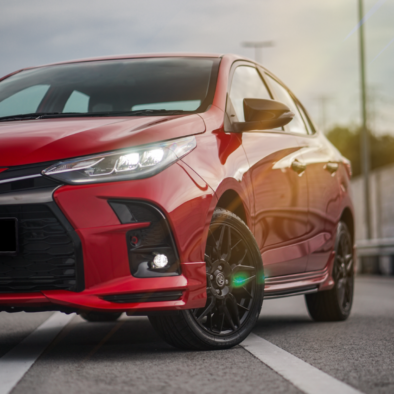 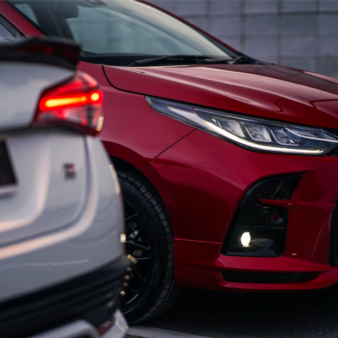 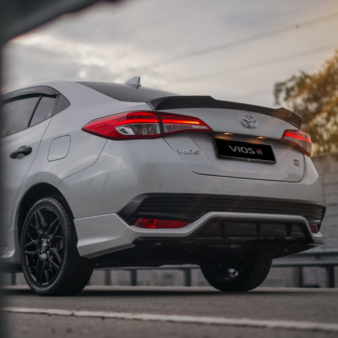 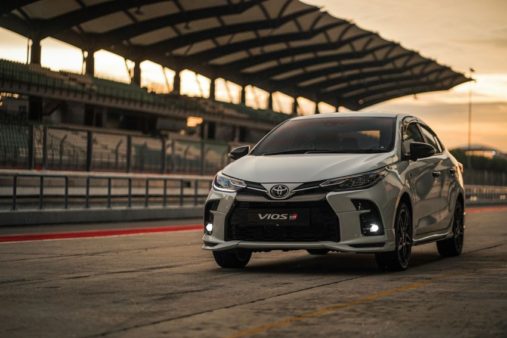 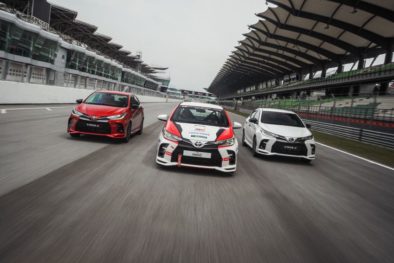 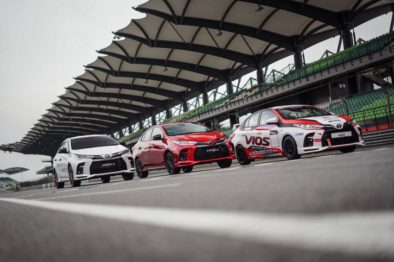 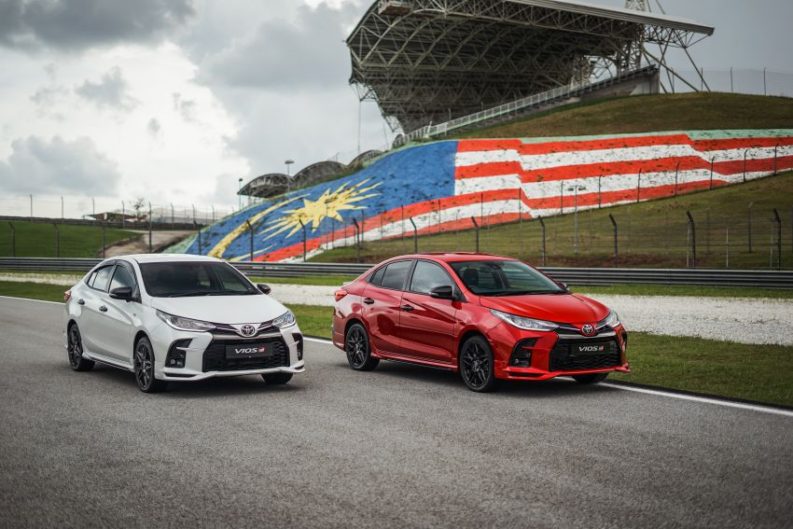 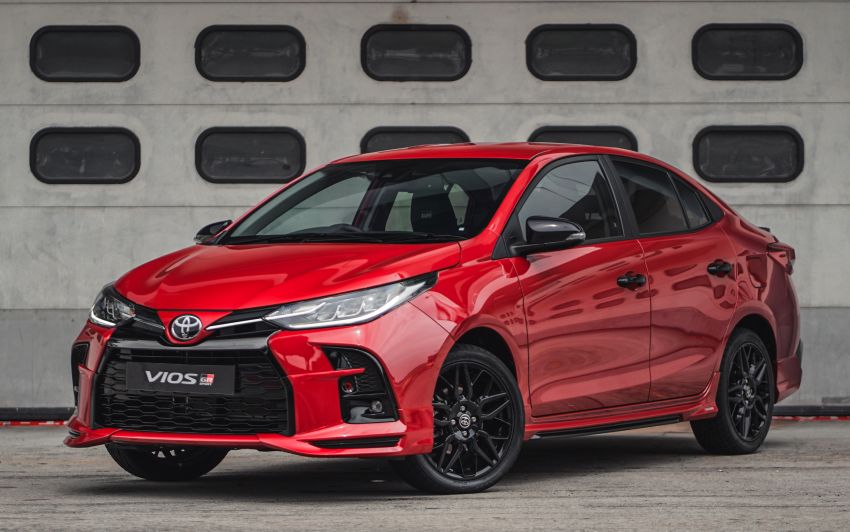