How will you justify the presence of black peppercorns in a delicious plate of Biryani? You don’t normally take it, instead you put them at the corner of the plate and they end up without being consumed. Still they add some flavor to the food and that was the very purpose of their existence. Gonow Victor was exactly like the black peppercorn in our market, never able to sell well but made contribution with its presence forming the immense car buying variety we used to have during the Musharraf era.

It was launched as CBU in Pakistan back in January 2007 by Karakoram Motors, the same company responsible for launching the Chery QQ hatchback. While even in those days, Chery was known as somewhat a better player among the Chinese lot trying to penetrate in various export markets, Gonow was a very, very small player. The group was later acquired by financially strong Guangzhou Automobile Company (GAC) but that happened a couple of years after the chapter of Gonow was already ended in Pakistan. 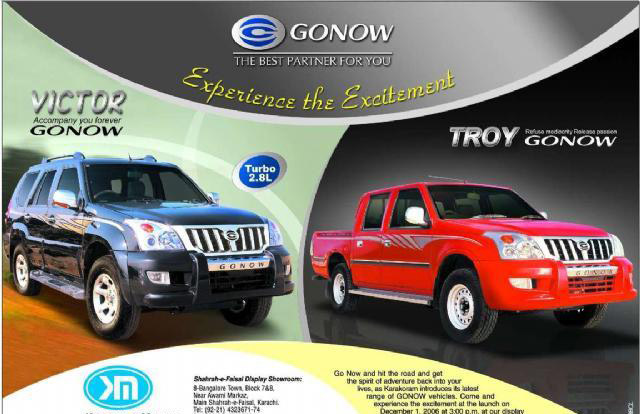 Gonow, the name it self was too funny. You need to say it fast otherwise it sounded like Go Now.. The company introduced two vehicles in Pakistan, one was a CUV– the Victor of course, and another was a double cabin pickup truck called Troy. The claim to fame was the striking resemblance with the 3rd gen Toyota Land Cruiser Prado (J120) which was already on sale in Pakistan by Indus Motor Company as CBU.

Back then the 3.0L Prado was available for PKR 46.5 lac for manual and PKR 49.5 lac for automatic variant. In comparison, the Chinese Prado copy aka Gonow Victor was priced at just PKR 15.99 lac. Don’t be surprised with these prices since those were the days when a standard Suzuki Bolan used to cost PKR 3.67 lac and the Toyota Corolla XLi was available for PKR 8.79 lac only. 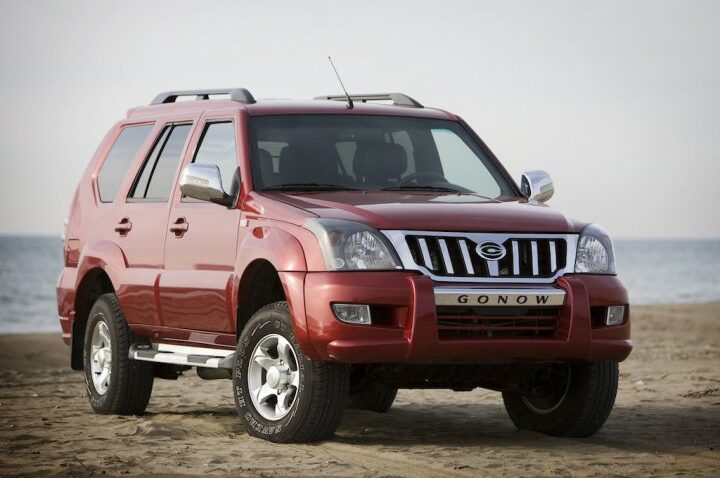 The Gonow Victor was available in 6 colors and was delivered within 24 hours of purchase. Under the hood it carried a 2.8L Isuzu-sourced 4JB1-T 4-cylinder turbocharged direct injection diesel engine with horsepower rated at 92hp and peak torque at 200Nm. The engine used to propel most Isuzu trucks in the 90s but many versions of the 4JB1 remained in production in China, both by Isuzu’s Chinese joint ventures and innumerable other manufacturers for many more years. Gonow Victor was a 4×2 vehicle with power channeled to the wheels via 5-speed manual gearbox only. 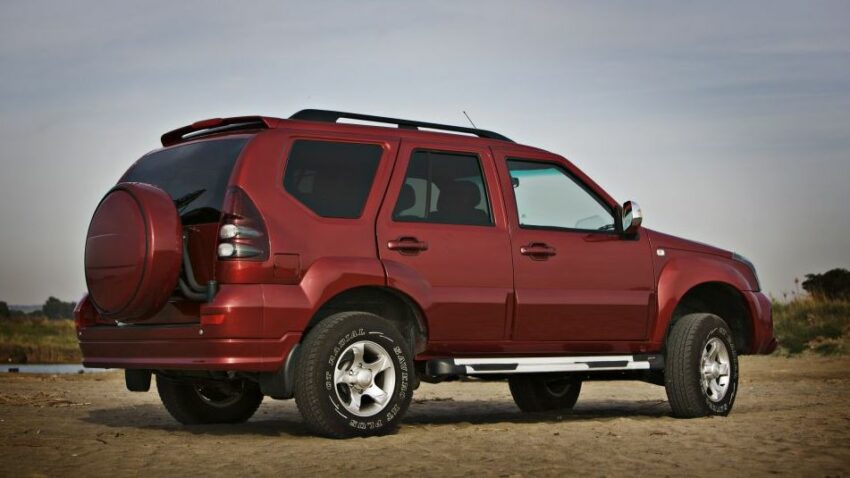 Victor was a genuine 7-seater with air vents even for the third row seating. The dual tone beige+grey colored interior with fake wood accents looked really rich & lively but the biggest problem was the quality inside & out. Since Chinese were very new to the auto making game so a lot of quirks were always going to be expected. The engine of Victor never sounded like a true Prado but its looks especially from the front were enough to give a shock & awe. The side profile was obviously different especially from the C-pillars but from the back, the Victor again mimicked the Prado quite amusingly. 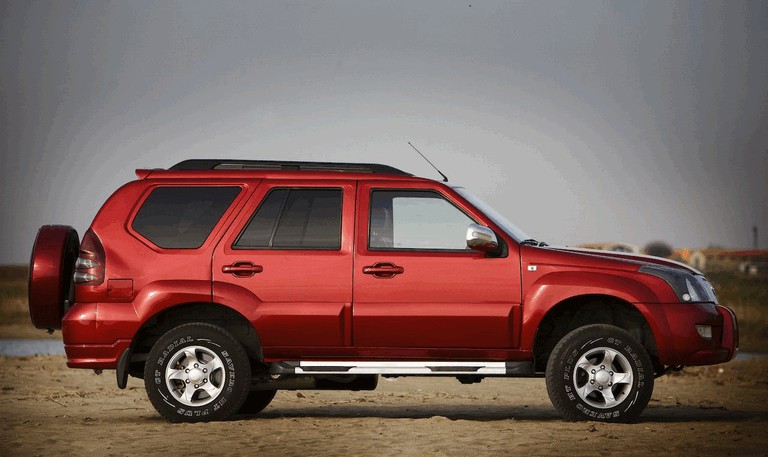 It wasn’t like nobody bought it, many went for it and were driving the Victor for many years as well. However its pickup truck version, the Troy was something that faced a hard time leaving the showroom floors. Still, like many other imported vehicles from that era, the life of Gonow vehicles in Pakistan was short as they faded away by 2008/09. In later stages the company was also offering a huge Rs 300,000 discount on Gonow Victor and Troy. 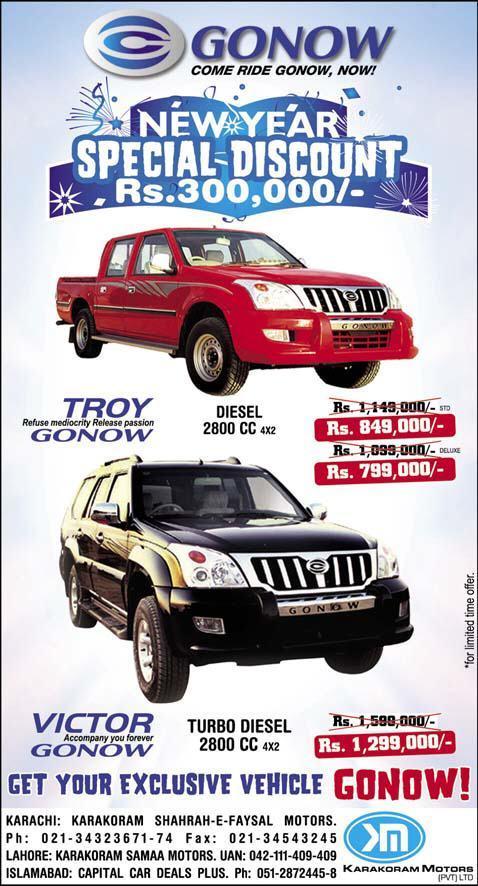 Those who bought the Victor were satisfied with its engine performance but the quality was something that needed to be up to the mark. Still considering the price in which it was available, Gonow Victor wasn’t a bad buy. Its hard to find one of these running on local roads today, but people in my circle claim to have seen one Victor recently, although not in the very best of conditions. Regardless of how successful or not the Gonow Victor was in our market, it perfectly acted like black peppercorns in a delicious plate of Biryani! 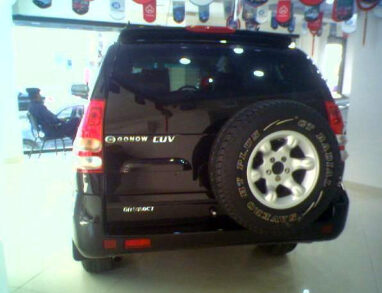 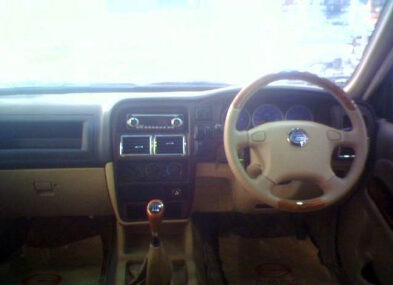 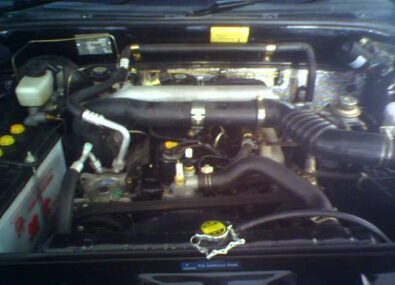 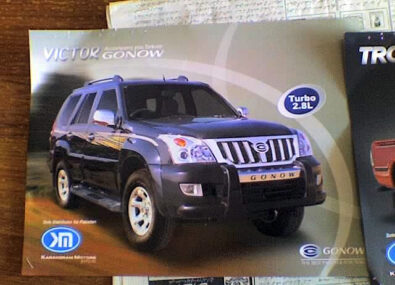 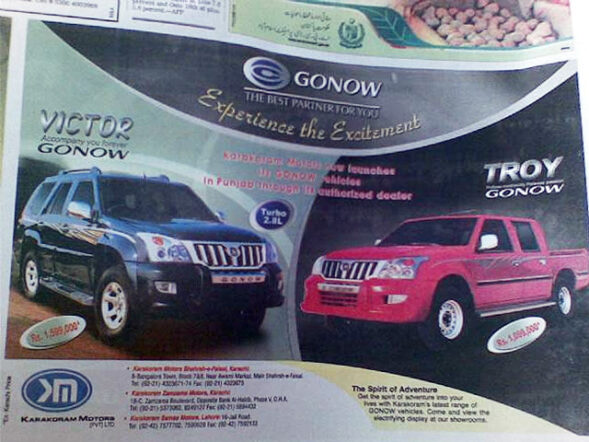