Earlier this month, Proton celebrated the 35 years of its Saga sedan in Malaysia with the launch of special Saga Anniversary Edition (AE) based on the flagship Saga Premium AT version.

Now Proton has announced that it took only 5 days for the limited 1,100 units to be sold out. The Saga has already seen a skyrocketing demand ever since the facelift was introduced in August 2019. Recently the Saga registered its best sales performance in 70 months with 4,447 units sold in June 2020 compared with 4,275 units in October 2019, previously the best sales month for the current model, and the highest since August 2014. 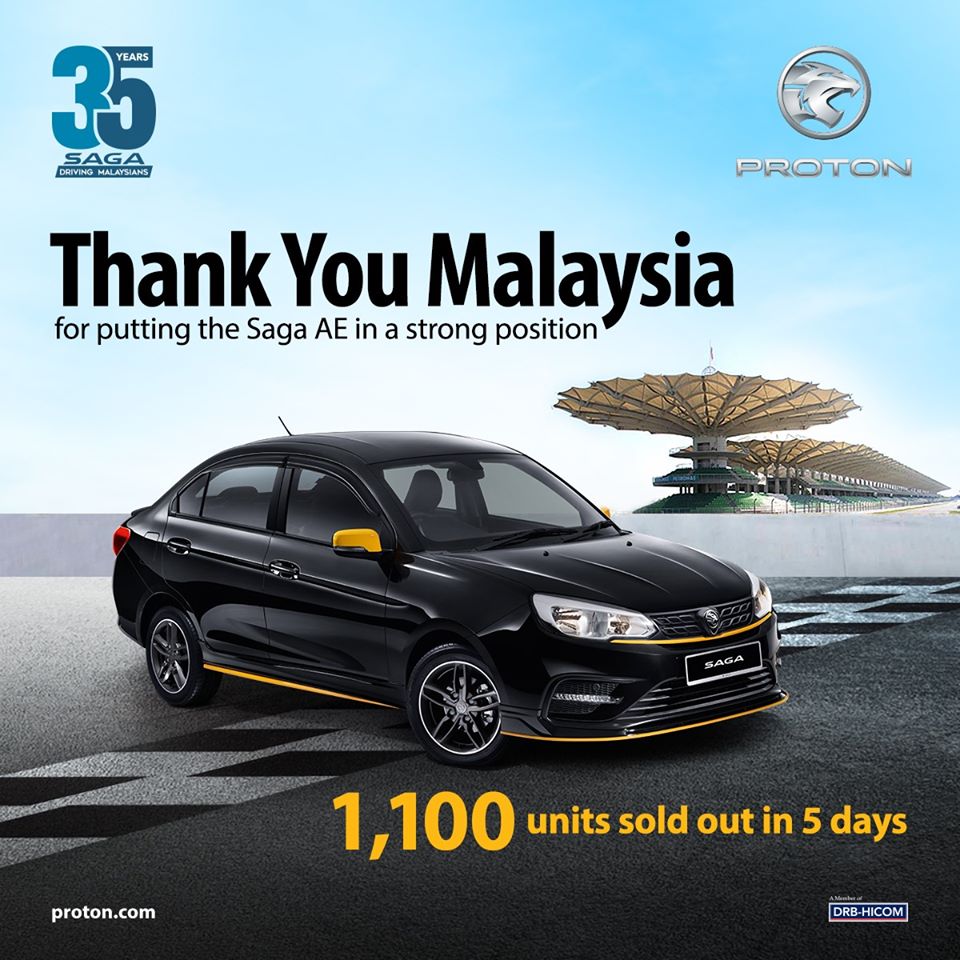 Saga also stood on top of the Proton sales chart in Malaysia in 2019 with 38,144 units sold, and played a key role in helping the company post more than 100,000 unit sales– the first time Proton achieved the feat since 2015.

Proton having teamed up with Al-Haj Automotive is in process of introducing the Saga sedan in Pakistan however as per reports it will get a slightly downsized engine to gain tax benefits. The Saga will be assembled locally at Proton’s plant that is being built in Karachi with an initial investment of US$30 million and a targeted capacity of 25,000 units a year. According to information, the CBU imported versions will ideally launch towards the end of this year whereas the local assembled versions will be introduced in 2021.

Saga happens to be Proton’s longest running nameplate. It has a proven legacy in Malaysia and is considered as the most popular car in Malaysian market. Whether Proton Saga will find similar success in Pakistani market, we will have to wait to find out.