Toyota Hilux continues to enjoy its untroubled position in Pakistani market with some soaring sales figures under its belt. As of the first three months of this fiscal year, the Hilux recorded sales of 3,209 units averaging 1,069 units a month. This is also 88% higher than 1,702 units sold during the corresponding period of previous fiscal year.

Although towards the end of 2018, consumers saw Isuzu D-Max as another option available in the pickup truck segment, it has yet to create any problems for the Hilux as far as the sales are concerned. Although by 2020 the D-Max had acquired a 15% share of the segment but then it began to lose its plot with just 4% market share as of today. 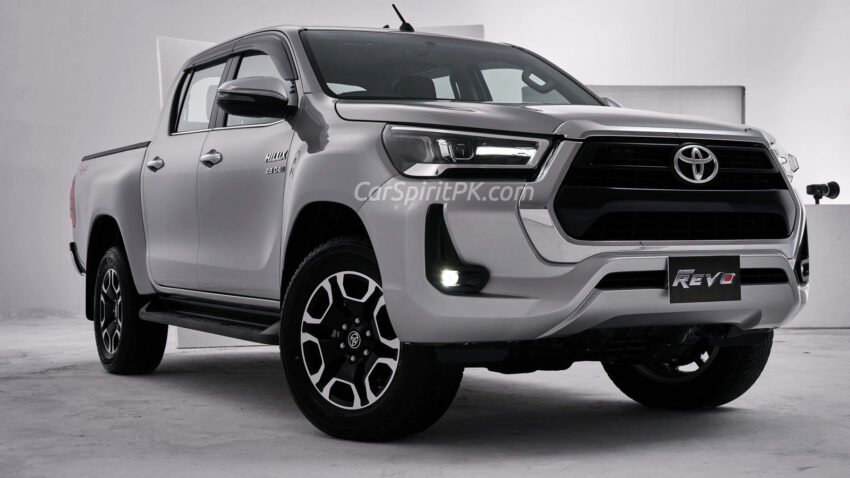 The Hilux in recent times have become an even mature product with its facelift offering performance and equipment enhancements over the previous models. Particularly its 2.8L, 1GD engine which saw improvements in turbocharger, material & structural enhancements of the cylinder block, the electronically controlled common rail injection system and the exhaust manifold, all this leading to a power improvement of nearly 27hp and 50Nm torque with output enhanced to 201hp and staggering 500Nm. This also has a notable effect on the fuel efficiency which is said to have been increased by 4% in the new Hilux Revo.

From the looks of it there is no real threat for Toyota Hilux in Pakistan. It is a prime choice as single cabin commercial transport, govt & armed forced quota, as well as an off-roading recreational vehicle. Although MG have been hinting the launch of Extender pickup and Changan testing the Hunter, the reputation of Toyota Hilux will be quite hard to shake.