The Ambassador of the Republic of Korea, Kwak Sung-kyu on behalf of the South Korean government has gifted 6 police vehicles to Balochistan police department.

The South Korean Ambassador expressed these views on the occasion of handing over 6 state of the art police vehicles (Hyundai Santa Fe) to Chief Minister of Balochistan Jam Kamal Khan on Friday. IGP Balochistan Mr. Mohsin Hassan Butt and other officials were also present. 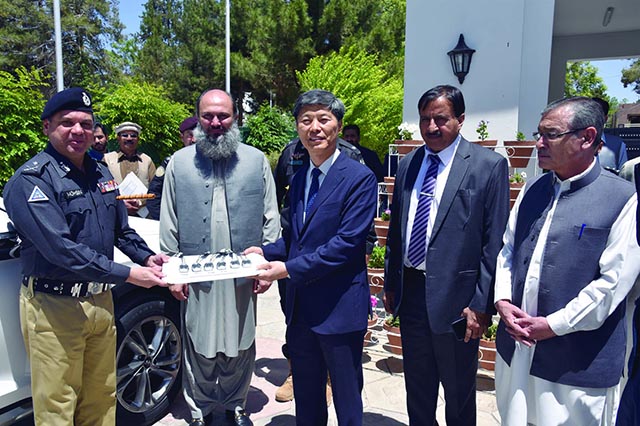 Jam Kamal Khan said this gesture of South Korea to the people of Balochistan would further strengthen the ties between the two countries. He expressed hope that Seoul would take further interest in investing in various fields in Balochistan Province.

The ambassador, accompanied by his diplomats and businessmen from South Korea, hoped that the vehicles would help the provincial police in law-enforcement. He also informed the chief minister about the significant contributions of the South Korea in the field of economy and investment in Pakistan and expressed hope of furthering them in Balochistan in particular.

IGP Balochistan thanked the ambassador for the vehicles and expressed his resolve in strengthening law-enforcement cooperation in making the citizens safe.